Czechs have started voting in the 2018 presidential election, with incumbent Milos Zeman leading pre-election polls. Pollsters say he won't win the votes needed to secure a second term outright, so a run-off may occur. 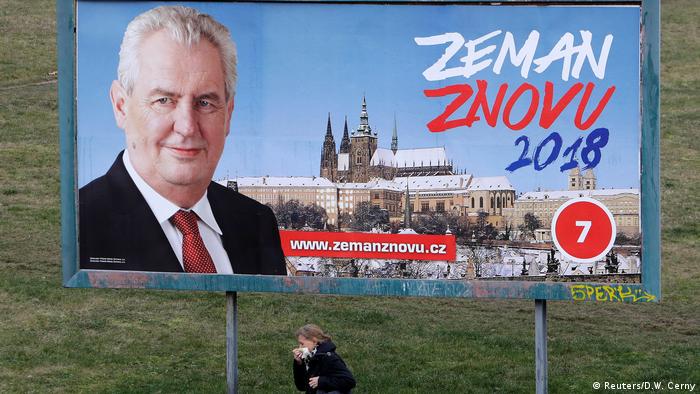 The Czech Republic headed to the polls on Friday to vote in a presidential election that pits current pro-Russian President Milos Zeman against eight other candidates.

Polls showed 73-year-old ex-communist Zeman was leading in the nine-candidate race, ahead of his most likely challenger, Jiri Drahos, a pro-European independent candidate who is a physical chemist and the former head of the Czech Academy of Sciences.

Zeman's campaign has centered on anti-immigration and a referendum on the Czech Republic's withdrawal from the European Union, despite his own support of the country's membership in the bloc.

His rhetoric echoes other populist-minded eastern EU leaders – such as in Hungary and Poland – that are in disagreement with Brussels over mandatory refugee quotas and various rules they see as attempts to limit national sovereignty.

He also has harsh anti-Muslim views, having once called the 2015 migrant crisis "an organized invasion" of Europe and insisted Muslims were "impossible to integrate."

However, the country of 10.6 million people has received only 12 migrants under the EU quota system.

Pollsters do not expect Zeman to win more the more than 50 percent of votes needed to secure a second term outright, meaning a run-off might occur.

Zeman has the support of embattled billionaire Prime Minister Andrej Babis, who on Thursday said he saw the incumbent as "one of the most remarkable personalities" since the fall of communism in 1989.

"He lives for politics, not from politics; he fights for our national interests," he said, adding that Zeman should "unite, not divide" Czechs. 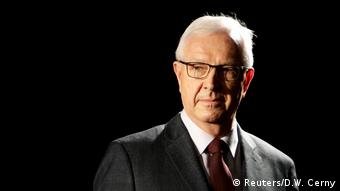 Drahos, on the other hand, is a liberal centrist who has called on Prague to "play a more active role in the EU."

"The president should bring good manners to the political scene," Drahos — whom some critics accuse of being "wishy-washy" — said in a TV debate on Thursday.

"It is a clash between ... the post-communist part of society represented by Zeman and the other part, say, modern, pro-Western, which simply doesn't want this president anymore," Pehe said.

Czech President Milos Zeman has asked election-winning populist Andrej Babis to form a minority government despite his ANO being snubbed by other parties. They consider him unsuitable because of fraud charges. (31.10.2017)