A Czech nuclear power plant decided a bikini contest would be a good way to choose its next round of interns. Facebook users were asked to rate school graduates who posed inside a cooling tower. 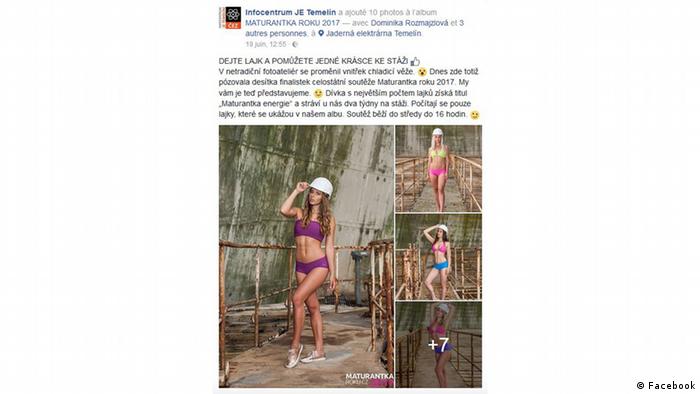 A Czech nuclear power plant operator apologized last week for using a Facebook bikini contest to choose its next intern.

Power generation conglomerate CEZ had 10 bikini-clad high school graduates pose in a cooling tower of its Temelin nuclear power plant, which was briefly closed for maintenance.

It then asked Facebook users to vote for their favorite, with the most popular winning a 14 day internship at the plant.

In a press release CEZ likened the photoshoot to its previous cultural enrichment programs, such as hosting the Bohemian Philharmonic at the plant in South Bohemia. The release said the experience was greatly enjoyed by the girls, who were required to wear hard hats and enclosed shoes at all times.

Local TV channel Jihoceske filmed a feature on the shoot, showing the models touring the Czech Republic's largest power station which is about 90 kilometers (55 miles) north east of the state of Bavaria on the German border.

The competition caused an outcry among Czech news and social media.

"The competition is absolutely outside the bounds of ethics. In 2017, I find it incredible that someone could gain a professional advantage for their good looks," Petra Havlíková, a lawyer for human rights non-profit Nesehnutí and an equal opportunities adviser, told aktualne.cz.

"Undress and you get an internship - this can not be serious, it's degrading, disgusting and primitive," one internet user commented.

"Knowledge obviously does not matter," noted another user.

All models offered an internship 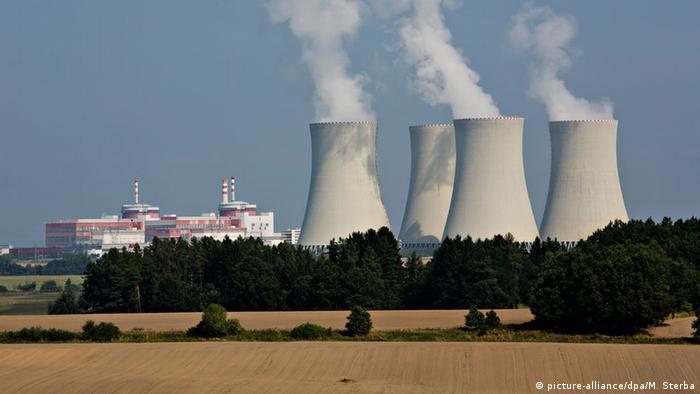 The operators of the 2,000 megawatt plant later apologized on Facebook, and said all finalists were offered an internship.

"The purpose of the competition was to promote technical education. But if the original vision raised doubts or concerns, we are very sorry," the operators posted on Facebook.

Maturantka Roku's website said that each year more than 600 girls take part in its contest, with finalists earning a modeling contract.

The power plant was not the first to link the wonders of nuclear energy with the revealing bathing suit.

Russia used to host an annual beauty contest open to women working in nuclear industries or studying in nuclear-related subjects in Russia and former USSR countries. Women aged 18 to 45 would pose in front of a nuclear power plant.

The French inventor of the bikini named it after the Pacific nuclear test site Bikini Atoll, in the hopes that it would create an "explosive commercial and cultural reaction" like the newly developed atom bomb.

The Czech nuclear regulator has cleared the way for the construction of new reactor units at the Dukovany nuclear power plant. But the government's nuclear plans face opposition from many sides.