Police have used tear gas on protesters attempting to push through a blocked checkpoint in the divided island's capital. Authorities say the closure was a precaution against coronavirus. 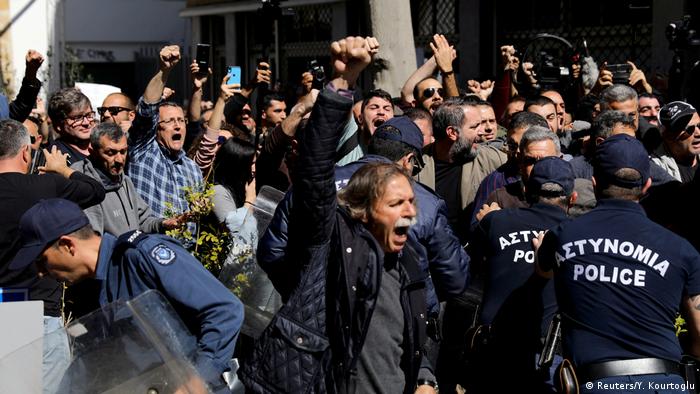 Skirmishes broke out in Cyprus on Saturday when several dozen protesters attempted to break through a police cordon at Nicosia's Ledra Street crossing. An estimated 200 Greek Cypriots and 150 Turkish Cypriots gathered on either side of the checkpoint, demanding it is re-opened.

Police said they made "limited use" of tear gas to control the crowd.

Cypriot authorities last week announced the closure of four of the nine checkpoints on the island, which is divided between the Republic of Cyprus, a member of the European Union, and the Turkish Republic of Northern Cyprus, which is only recognized by Turkey. The closures, which authorities said were for public health reasons amid series of coronavirus outbreaks around the globe, are the first since tensions between the two sides eased in 2003.

Witnesses said that a group of people on the Turkish Cypriot side turned out to support peace activists on the other side calling for the Ledra Street crossing to open. The Ledra Street checkpoint is a narrow pedestrian alley that passes through a UN-controlled buffer zone and is used by hundreds of people every day. 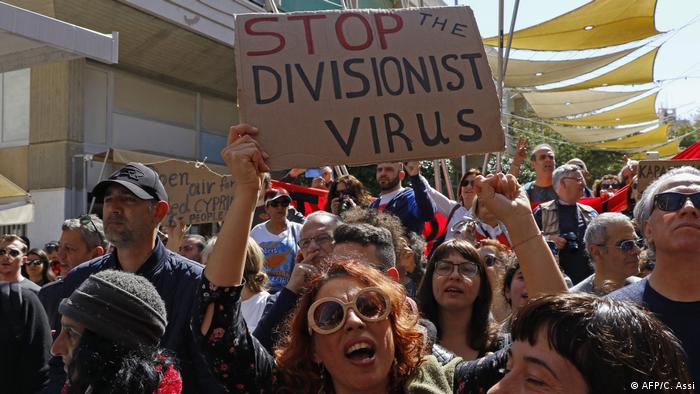 Activists have called for the crossings to be re-opened

Cypriot Health Minister Constantinos Ioannou said earlier this week the closures were not political, but rather to account for a shortage of medical personnel monitoring the crossings. Additional health workers have been posted to the crossings that remain open. Cyprus has no confirmed cases of coronavirus so far.

The UN, meanwhile, has expressed concern over the ongoing disruption sparked by the closures.

"While the UN supports all effective measures to address any potential public health emergency, it is imperative for the two sides to coordinate closely in order to provide a comprehensive response," it said on Thursday.

The government in Cyprus said it would re-evaluate the closures on Monday.

There were also clashes at the Ledra Street crossing on February 29, the day the closure took effect.