The scale of the financial damage caused by the so-called "cum-ex" tax scandal is much higher than previously thought, according to information provided to Reuters, ARD, Die Zeit and several other news organizations.

Now, reports published on Thursday morning say that at least 10 other European countries beyond Germany have been affected by the tax fraud practices, and that the damage caused to state treasuries could be as high as €55.2 billion ($63.4 billion).

Spain's Santander bank is the latest big lender to be caught up in the scandal. According to the confidential documents released to the media organizations, Cologne prosecutors opened an investigation into Santander's role in June and have determined that they were involved in carrying out the trades.

A letter from German prosecutors to Santander's lawyers shows that they suspect the bank of having "planned and executed trades" that facilitated "severe tax evasion " from 2007 through 2011.

Pay tax once, get it back twice

The scandal came to light in 2016 when it emerged that several German banks had exploited a legal loophole which allowed two parties simultaneously to claim ownership of the same shares.

This contrived "dual ownership" allowed both parties to then claim tax rebates even though both were not entitled to it. With the process having gone undetected for years, billions in tax went uncollected by the German state, mostly in the form of rebates which should never have been paid out at all.

Reuters gave the following example of how the scheme would work, in essence:

"A bank would agree to sell a company stock, for example to a pension fund, before the dividend payout but delivered it after it had been paid. The bank and the fund would both reclaim withholding tax.

"Sometimes banks sold shares they did not own and agreed to buy them later in a practice known as short selling. The stock was traded rapidly around a syndicate of banks, investors and hedge funds to create the impression of numerous owners, prosecutors say. The profits from the deals were shared."

According to the Cologne prosecutors, the tax fraud scheme was promoted by a former German tax inspector-turned-tax adviser called Hanno Berger, among others.

Berger, the central suspect in the investigation, now lives in exile in the Swiss Alps. He told Reuters that he advised the Australian bank Macquarie, another caught up in the scandal, on cum-ex trading but claims he was not paid for it. He says the scheme was based on a legitimate legal loophole.

"They (the German state) cannot punish others for their mistakes," he said. 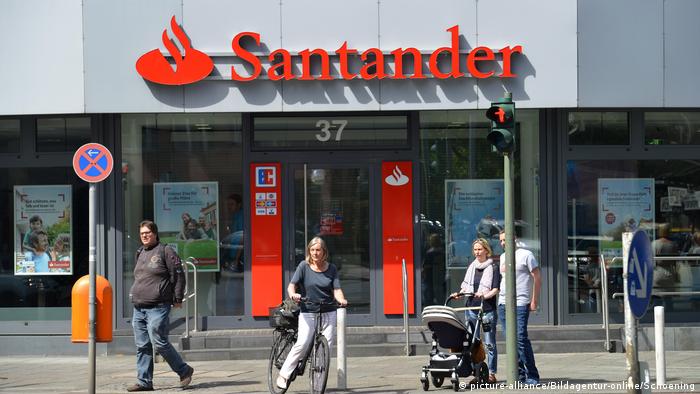 Spain's Santander bank is the latest big lender to be caught up in the scandal.

The loophole was closed in 2012 although there are still disputes in German courts over whether or not the practice of "short sales" — the brief loaning of stock aimed at confusing tax authorities — was ever legal. A German regional court ruled in February 2016 that the practice never had a legal basis.

A spokesperson for Santander declined to comment on whether the bank that accepted it had broken the law or not but said the bank was "fully cooperating" with German authorities.  A Macqaurie spokesman said the bank believed the process it had been involved in to have been legal.

A spokesman for Deutsche Bank said it had not participated in an "organized cum-ex market" but that it had been "involved in some of its clients' cum-ex transactions." It also said it was cooperating with the authorities.

According to the research on the more than 180,000 pages of confidential files provided to 19 media organizations from a total of 12 countries, as much as €55.2 billion was lost to state treasuries through the tax evasion practices.

Although Germany was hit the most, the coffers of France, Spain, Italy, the Netherlands, Denmark, Belgium, Austria, Finland, Norway and Switzerland have also been adversely affected.

The tax expert Christoph Spengel from the University of Mannheim calculated last year that German tax authorities had missed out on €31.8 billion between 2001 and 2016. "This is the biggest tax robbery in European history," he said.

While billions have already been recovered by Germany, the German government and Finance Ministry have come under scrutiny for the way in which they dealt with the issue over the years.

While public investigators across Germany have been pursuing dozens of banks for the unpaid taxes over the last two years, industry experts say the practice went on for decades before it was properly grappled with.

The research of the news organizations suggests that the damage would have been much less had a more wide-ranging exchange of information on tax fraud taken place between different European governments. For example, Germany is said to have informed its European neighbors of the cum-ex transactions through an OECD database only in 2015, even though the Finance Ministry had known it since 2002 at the latest.