Ordinary taxpayers on the streets of Berlin and elsewhere may be confused if you ask them about the “cum-ex” share switch scandal. However, this shady tax avoidance practice has cost them and the treasury a lot of money. 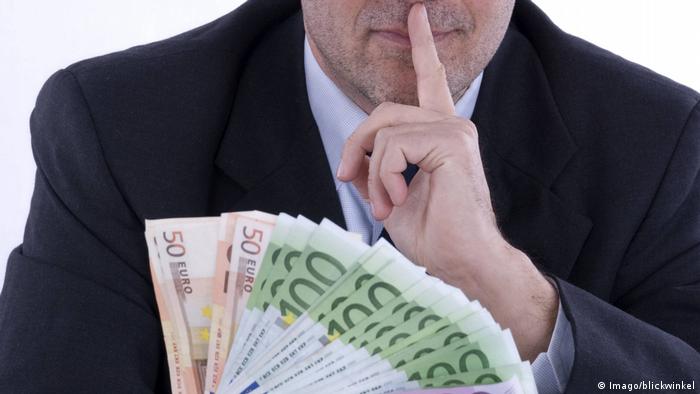 Several German banks, exploiting a now-closed loophole relating to the excessive claiming of tax rebates, may have cost the German state up to €2.9 billion ($3.46 billion) in unpaid taxes, according to reports on Thursday.

Citing sources in the German Ministry of Finance — which has been examining the mass fraud for the past few years — regional public broadcasters NDR and WDR and the Süddeutsche Zeitung newspaper reported that the total amount defrauded over many years was €5.3 billion.

However, around €2.4 billion of that total figure has since been either recovered by the German treasury or else was not paid out as an illegitimate tax rebate in the first place.

Pay tax once, get rewarded for it twice

The scandal came to light two years ago when it emerged that several German banks had exploited the loophole which allowed two parties simultaneously to claim ownership of the same shares.

This contrived "dual ownership" allowed both parties to then claim tax rebates even though both were not entitled to it. With the process having gone undetected for years, billions in tax went uncollected by the German state, mostly in the form of rebates which should never have been paid out at all.

The loophole was closed in 2012 although there are still disputes in German courts over whether or not the practice of "short sales" — the brief loaning of stock aimed at confusing tax authorities — was ever legal. A German regional court ruled in February 2016 that the practice never had a legal basis.

Too slow to act?

While the banks involved in the shady practices have faced much criticism from taxpayers since the schemes came to light, the government and finance ministry have also come under scrutiny for the way in which they dealt with the issue over the years.

While public investigators across Germany have been pursuing dozens of banks for the unpaid taxes over the last two years, industry experts say the practice went on for decades before it was properly grappled with.