After losing more than half of its market value in recent days, Banco Popular was running out of cash, and forced to sell out to its bigger Spanish rival on pressure of the European Central Bank. 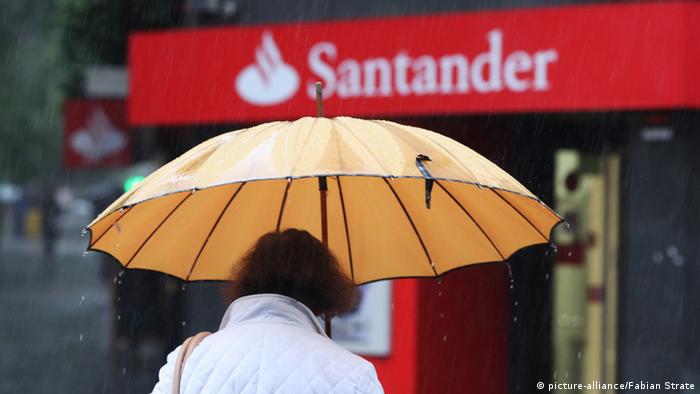 Spainish lender Santander announced on Wednesday that it would take over 100 percent of Banco Popular's shares and debt after "a competitive sale process" aimed at rescuing the ailing bank.

The deal would cost Santander a symbolic price of one euro ($1.12), but would require the bank to raise seven billion euros to "cover the capital and the provisions required to reinforce the balance sheet of Banco Popular."

Santander added the deal would have a "neutral” impact on its core capital ratio.

Last week, Banco lost more than half of its market value due to investor concerns for the bank's liquidity situation. The lender was running out of time to plug a capital shortfall, after a number of bidders had refused to buy it up in an auction.

The European Central Bank (ECB), which supervises the eurozone's largest banks, reportedly triggered the rescue after concluding that Banco Popular was "failing or likely to fail."

"The significant deterioration of the liquidity situation of the bank in recent days led to a determination that the entity would have, in the near future, been unable to pay its debts or other liabilities as they fell due," it said in a statement Wednesday.

Analysts estimated that Banco needed between three billion euros and five billion euros in fresh capital after unveiling a 3.5 billion euro loss for its last financial year. But the capital increase had looked increasingly doubtful in recent days.

The buy-out will now create Spain's largest bank by lending and assets with 17 million customers in Spain and 4 million clients in Portugal.

The combined group is especially strong in lending to small and medium-sized companies (SMEs), which is important to strengthen the nascent upswings in the two countries' economies.

Santander chairwoman Ana Botín said in a statement that the bank would now hold a 25-percent market share in SME lending in Spain. "The combination of Santander and Popular strengthens the group's geographical diversification at a time of improving economic conditions in both Spain and Portugal."