New Cuban travel laws have come into force, promising to make it easier for citizens to go abroad. As of now, a valid passport should suffice, whereas citizens needed exit visas and explicit invitations in the past. 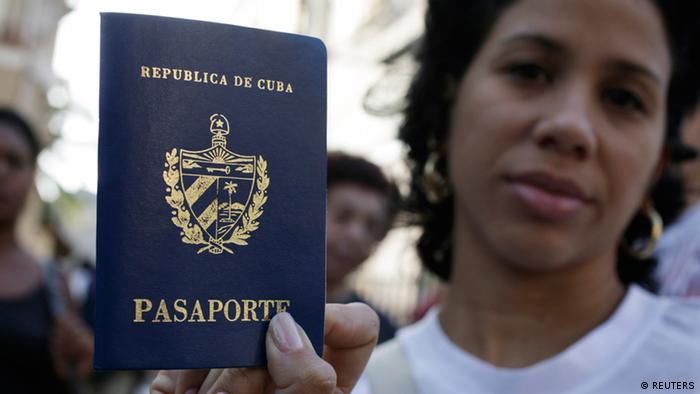 More liberal laws for Cubans seeking to leave the island country officially came into force on Monday. The changes, first announced in October, should eliminate the need for a specific travel permit - known as a white card - as well as a letter of invitation from the travel destination.

The Cuban Foreign Ministry said citizens would as of Monday require only a valid passport and a visa from the country they wished to visit.

Under the new rules, the maximum duration of travel permitted should also be stretched from 11 to 24 months.

Critics of the country's government warn, however, that restrictions are likely to remain in force both for opposition figures and highly-qualified people that Havana is scared of losing – pointing to some of the caveats listed by the administration.

"Measures will be maintained to preserve the human capital created by the revolution," a story printed in the government daily Granma said. The article also said "reasons of defense and national security" would come into consideration, while people who "have obligations with the Cuban state or civil responsibility" might not be granted the requisite passport.

Critical blogger Yoani Sanchez said the the old white cards – introduced in 1976 – would simply be replaced by the new filter of a Cuban passport.

"I have been refused a travel permit 20 times in five years. Will I get one after January 14?" Sanchez asked when the new rules were first announced.

The news agency Reuters on Sunday reported throngs of people waiting in line for passports in Havana, many of whom were hoping to work abroad to better support their families.

Restrictions might also be imposed by the desired destinations. Most countries stipulate that Cubans must have an entry visa before being able to visit, owing to the comparatively high proportion who seek to permanently stay in the country they visit.