Weeks after thousands of people took to the streets of Cuba to protest against the government, authorities have introduced laws restricting the use of social media and the internet. 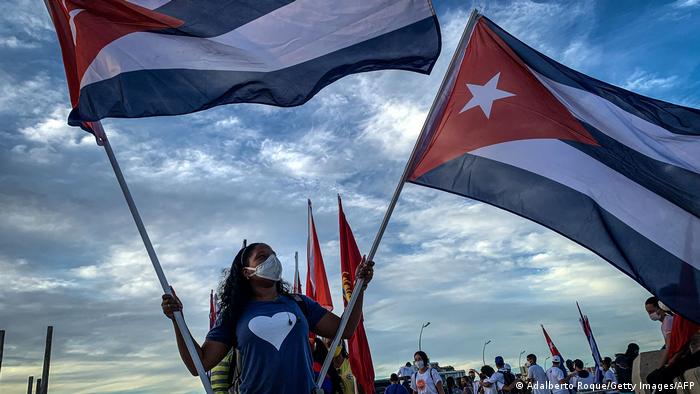 The Cuban government on Tuesday published decrees spelling out its first cybersecurity law, which has been criticized as an attempt to limit political and civic freedoms on the island.

The decrees, which lay out the Caribbean nation's laws against the use of social media or the internet to insult the state or stir up protests, were published in the Official Gazette weeks after Cuba saw the largest protests it has seen in recent years.

The protests were fed, in part, by messages on social media.

Signed by Communications Minister Mayra Arevich, the decree was to "prevent, detect and respond opportunely to possible enemy, criminal and harmful activities that could occur in cyberspace."

The new law forbids content that defames "the constitutional, social and economic" rules of Cuba or incites acts "that alter public order." Without specifying penalties, the decree bans "cyberterrorism" that would destabilize the country and categorized it as a "very high" danger crime.

The government also offered people a form to report offenders.

Thousands of Cubans took to the streets in July to protest shortages of food and medicines and power outages. The harsh government crackdown that followed left one dead, dozens injured and hundreds arrested.

Havana said foreign powers were responsible for the unrest, adding that they manipulated its citizens using social media. The government restricted access to the internet and temporarily cut off cellphone data plans.