Cuba: A look back at five years of Raul Castro

Cuban President Raul Castro wanted to update socialism when he took up office, but, five years on, little has changed. Change is not expected after Sunday's elections with 612 Communists running for 612 seats. 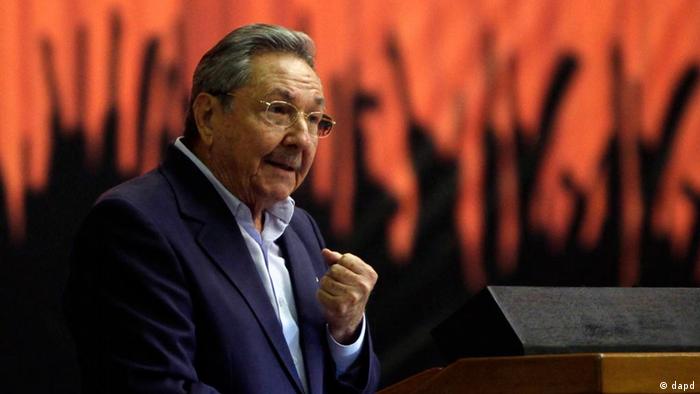 A cultural institute in the heart of Havana grabbed headlines in July 2012 - disheartening many Cubans. The project entitled "El Cabildo" - an "opera of the street" which was supposed to liven up Cuban night life as well as pave the way for a new era of establishing private companies - was unexpectedly closed.

For many Cubans, the event was a symbol for the zigzagging of economic policy under President Raul Castro. Since taking over the post from his brother - "Commandant" Fidel Castro - in February 2008, reforms have supposedly been at the top of the agenda. Upon closer inspection, however, not much has changed. That image of stagnation is also reflected in the parliamentary election on Sunday (03.02.2013): for the 612 seats of the one-house parliament, there are exactly 612 candidates - with all of them coming from the Communist Party. 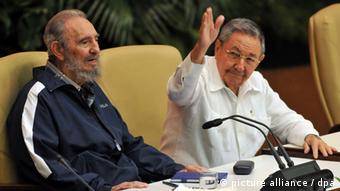 Yet Raul Castro's debut had been so promising five years ago. The now 81-year-old was the first Cuban politician to call on the leading ranks of the Communist Party to think about Cuba's weak economy rather than about the achievements of the revolution.

Raul Castro had suggested over 300 reform projects, including a campaign to tackle state corruption as well as entering into a dialogue with the Catholic Church. He also set term limits for elected representatives to a maximum of two legislative periods of five years each. Permission for Cubans to travel abroad recently also grabbed media attention around the world.

Castro also cautiously opened the country's economic system. Now, ministries no longer oversee every state-run operation, and private business dealings are permitted in the area of real estate and car sales. In addition, the number of small businesses - mainly in the service sector - grew from 160,000 to 400,000 between 2010 and 2012. 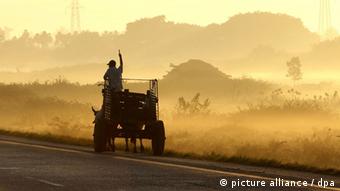 Few of the reforms have reached provincial Cuba

"Some smart measures have been implemented, but the reforms still do not go far enough and are too slow," Cuban dissident Oscar Espinosa Chepe told DW. The critic of the regime was one of 75 prisoners who were taken into temporary custody during the so-called "Black Spring" of 2003. According to Espinosa Chepe, an economist who continues to live in Cuba, the reforms have facilitated a "non-state-run sector, but not one of truly private enterprises." "The companies are heavily taxed so that this area does not grow too much and remains under state control," he noted.

Cuban-in-exile Arturo Lopez-Levy took the criticism one step further. "The typical weaknesses of a controlled economy are all evident in the country," said the author of the book "Raul Castro and the New Cuba," which was published in the United States in 2011. "The government will have to make steeper cuts because there has been no transition into a free-market economy."

No other economic model

But many experts said they believe this dilemma will not be resolved as long as Raul Castro is running the island's government. The Communist Party's leading ranks see the reforms as an "update of Socialism," and not as a transition to a different economic model.

The in-fighting among Communist Party politicians as well as excessive bureaucracy, which many Cubans find maddening in daily life, are also contributing to the problem.

Furthermore, the euphoria over the freedom to travel abroad that went into effect in mid-January has died down as Cubans recognized that bureaucratic red tape and economic constrictions can be just as limiting as political restrictions. For most Cubans, it is not only difficult to apply for a passport or visa, it's also quite tough scraping together enough money for a plane ticket. 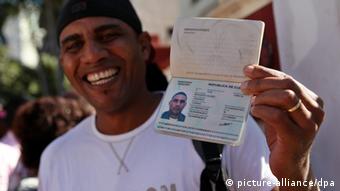 Travel abroad is now permitted, but remains too expensive for most

Victim of one's own success

The "El Cabildo" cultural center also fell prey to despotism and state bureaucracy. After only 10 months of running the center, then director Ulises Aquinoin was accused of "enriching" himself at the expense of others and his license was revoked. The success of the "Opera of the Street," which employed more than 150 people who earned substantially more than Havana's other residents, appeared to have not jibed with the nomenclature of the Communist Party.

People on the island of Cuba agree that the weak economy is not only suffering under the political stagnation, but also from the dependence on Venezuela. According to critic of the regime Oscar Espinosa Chepe, many Cubans are concerned about rumors of President Hugo Chavez's ill health and the uncertain future of the nation which subsidizes Cuba with massive oil exports. The possible loss of this support is seen by many in Cuba as far more grave than even the collapse of the Soviet Union. The parliamentary elections could perhaps ring in the last ride on the political merry-go-round for the Communist old guard.