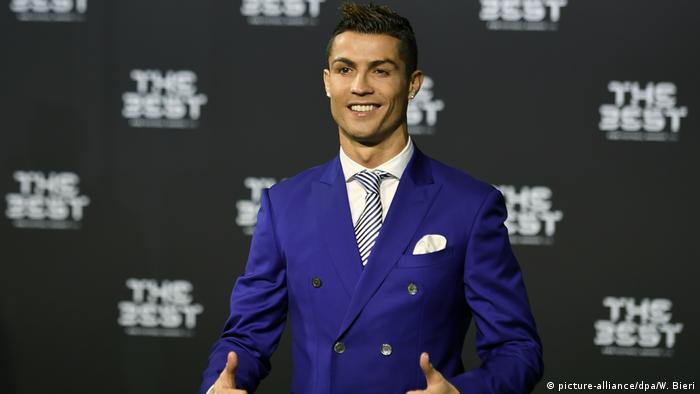 Cristiano Ronaldo was crowned world player of the year at FIFA's new 'The Best' awards.

Ronaldo adds FIFA's showpiece award to the Ballon d'Or title he picked up in December, with the Real Madrid and Portugal star once again beating Barcelona's Lionel Messi and Atletico Madrid's Antoine Griezmann to first place.

"I'm very happy and I can say that 2016 was the best year of my career," said Ronaldo as he was presented the award by FIFA president Gianni Infantino.

France Football, who present the Ballon d'Or, severed their six-year association with FIFA last year, leading to the creation of FIFA's rebranded annual ceremony to be staged every January.

The Puskas Award, given for the year's best goal, was awarded to Mohd Faiz Subri for his amazing free-kick in the Malaysian Super League.

The evening's most emotional winners were Colombian side Atletico Nacional, who forfeited the Copa Sudamericana final following the Chapecoense tragedy. They were given the fair play award.

Opinion: FIFA Best winner Robert Lewandowksi is one of the greatest ever 17.12.2020

Bayern Munich striker Robert Lewandowski has capped a fine personal year with the top men's prize at the FIFA Best Awards. For a player whose goalscoring has become routine, it’s no less than he deserves.