Leicester City have clinched their first-ever Premier League title in one of the biggest surprises in the sport. They were crowned champions thanks to Tottenham's draw with Chelsea on Monday evening. 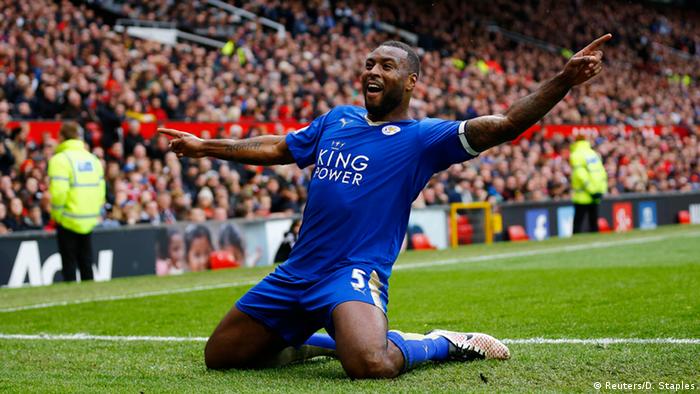 After a season of unprecedented success, Leicester City have finally wrapped up the Premier League title. After their 1-1 draw away to Manchester United on Sunday, the Foxes' fate rested in the hands of Chelsea and Tottenham.

Spurs had to beat Chelsea to keep their slim title hopes alive, but were unable to get a win at Stamford Bridge. Tottenham took a 2-0 lead in the first half through goals from Harry Kane and Son Heung-Min. But goals from Gary Cahill in the 58th minute and Eden Hazard in the 83rd minute pulled Chelsea level.

The result gives Leicester an unassailable seven-point lead atop the table with just two games to play for Spurs. 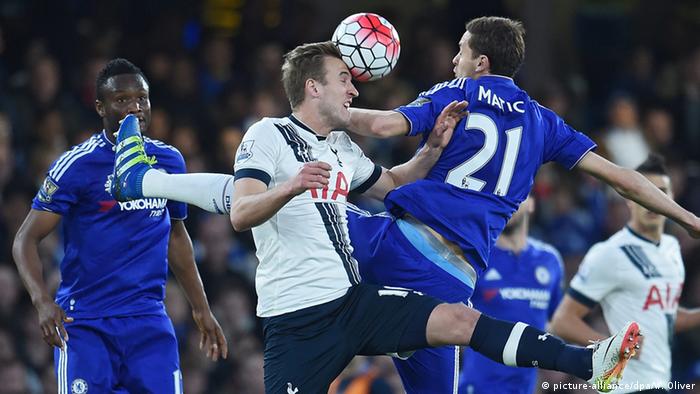 Leicester narrowly avoided relegation last season, and were rank outsiders to win the league. Bookmakers put their odds of lifting the title at 5000/1 ahead of the season. The club's previous best finish in the top flight was second in 1929.

Many of Leicester's players had reportedly gathered at the home of star striker Jamie Vardy to watch the match. Manager Claudio Ranieri was returning from Italy, where he had been visiting his 96-year-old mother.

Ranieri, who was sacked by Chelsea in 2004, had never won a league title. But during the match against Tottenham Monday, many Chelsea fans could be heard singing "There's only one Ranieri!" as the final whistle blew.

The 64-year-old will return to Chelsea's ground with Leicester to round out their final game of the season.