COVID mismanagement: German government under fire | Germany | News and in-depth reporting from Berlin and beyond | DW | 31.05.2021

German Health Minister Jens Spahn has distanced himself from accusations of embezzlement in rapid COVID-testing centers. But the fraud reports are only the latest bungle in Germany's handling of the pandemic. 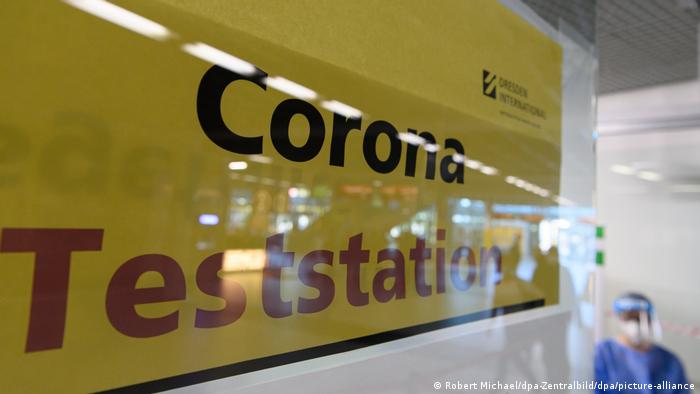 Test centers have been set up across the country. Now they are embroiled in a fraud scandal.

He met Monday with the health ministers of Germany's 16 states  to discuss the next steps to tighten control on private service providers across the country.

The accusations first emerged last week, following reports that testing centers operated by the company MediCan had issued claims for financial reimbursement for hundreds of COVID-19 tests that had not been carried out.

Five states are launching investigations into this embezzlement.

'Criminals must be punished'

COVID-19 testing centers have become common sights in many German cities, appearing on almost every street in certain parts of the country. Berlin alone has more than 400.

Part of Germany's post-lockdown reopening strategy allows each resident to have a rapid antigen test for free at least once a week — a so-called citizen's test. An up-to-date negative test result is required for many activities such as shopping trips and outdoor dining, so business is booming.

The German government is ultimately footing the bill of the tests — but there seems to be no procedure in place to check whether the tests were actually carried out.

COVID-19 Special: Who is immune and for how long?

Testing centers document each test they conduct in a list. They can claim €6 ($7.30) for each testing kit and €12 for the actual procedure from the Association of Statutory Health Insurance Physicians, which is again reimbursed by the Federal Office for Social Security.

The problem is that nobody checks whether the tests have really been carried out. The authorities involved only check "plausibility" of the bills, so they would only notice if the number of tests a testing center wants to be reimbursed for was vastly higher than the number of testing kits they had previously ordered.

It is unlikely that controls can be efficiently stepped up at short notice. Consumer protection advocates are adamant that the personal data of the tested individuals must not be passed on.

Health Minister Spahn announced that he now wants to drop the amount that the government reimburses for each citizen's test — from €18 to less than €10.

Karl Lauterbach, an epidemiologist and the deputy chair of the Social Democrats (SPD) in the Bundestag, told ARD television on Monday morning that there should be a cap on reimbursements to commercial facilities. 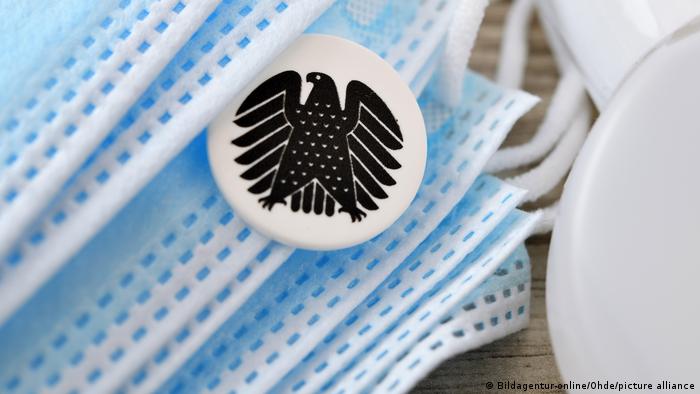 'Sloppy' handling of the pandemic

Opposition parties have rushed to lay the blame on Spahn and his center-right Christian Democrats and their coalition partner, the center-left SPD.

"The government has had months to prepare the rapid test campaign sensibly and create a secure system," Christian Dürr, of the Free Democrats, told the AFP news agency. "I also blame [SPD Finance Minister Olaf] Scholz, because we are talking about a huge amount of taxpayers' money."

And Susanne Hennig-Wellsow, the co-leader of the Left party, called the whole rapid testing system "rushed and chaotic" and said there had been "sloppy handling of an essential pillar of the fight against coronavirus and of taxpayers' money."

The trail of scandals started with face-masks

The embezzlement in testing centers is only the latest in a series of financial frauds and cock-ups that have plagued the health ministry's handling of the pandemic.

Spahn has been accused of wasting taxpayers' money after the health ministry overpaid for large supplies of face-masks. First, there was a deal with a company where Spahn's husband works: The health ministry spent almost €1 million on 570,000 surgical masks in April 2020.

And in May of this year, it emerged that the government had also paid an extremely high price for millions of FFP2 masks from Swiss company Emix. Left party member Fabio de Masi said in a statement that the deal had been done "with a golden handshake" and that Spahn "owed the public an explanation."

This was not the first time face-masks were a contentious issue. Earlier in 2021, several politicians from Angela Merkel's conservative bloc profited from brokering government purchases of masks: Nikolas Löbel from the CDU and Georg Nüsslein from their Bavarian sister party the CSU both were forced to resign after allegations they had made a combined €910,000 for lobbying on behalf of mask companies. 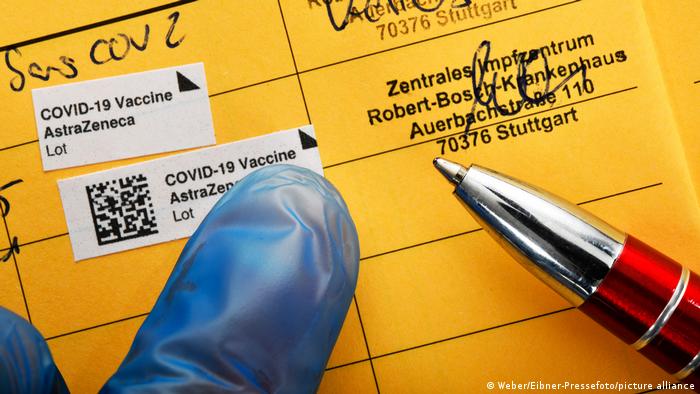 It is not just testing that has come under scrutiny. People who have been fully vaccinated are exempt from certain COVID restrictions.

Reports emerged earlier in May that fake vaccine passports, that act as proof that someone is fully vaccinated, can easily be obtained online for a few hundred euros.

The small yellow booklets with stickers and stamps to mark vaccines are easy to forge. Several cases have already been detected across the country of falsified vaccine passports being used to gain access to public spaces or to travel.

Verifying the validity of vaccine passports in their current form is difficult.

"I consider the problem with forged vaccination passports to be a typical example of a new phenomenon that could have been easily predicted," Sebastian Fiedler of the Federation of German Detectives told the Handelsblatt newspaper.

Spahn claimed that a planned "digital immunity certificate" will make forgery more difficult — but this is not due to be rolled out until later in the summer.

And skeptics point to the lack of success of the government's COVID tracing app as an example of how German bureaucrats fail to successfully introduce digital technology in the fight against the pandemic.