Lothar Wieler, the president of the Robert Koch Institute for disease control, has said he received several threatening messages from critics of government policies over the course of the coronavirus pandemic. 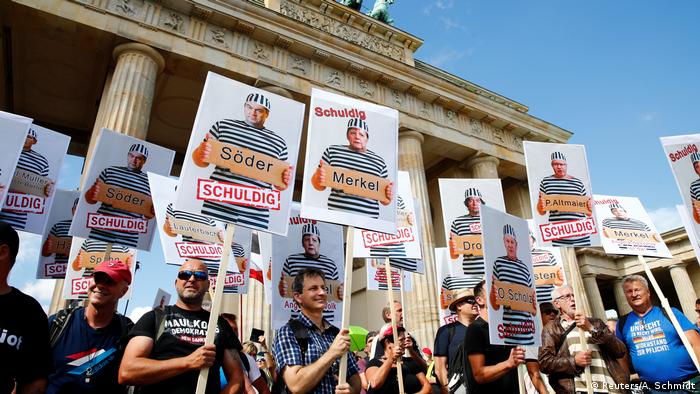 Germany's coronavirus restrictions, like elsewhere in the world, have caused widespread public protest

"I wish the situation was more pleasant, but I still get threats," Lothar Wieler told the newspapers of the Funke media group.

Wieler said the threats often come shortly after he is publicly accused of being responsible for the closure of schools.

In other instances, it has been when someone claims that the chief of the public health agencies is pushing for a new lockdown instead of freedom. "Then the threats, including death threats, increase massively," Wieler said.

Despite the threats, Wieler said, he is unswayed when it comes to his job of informing the public.

"The risk doesn't stop me from doing my duty. As long as I am an official of this state, I will serve responsibly," he said.

Thomas Patrick Connally Jr. was charged with sending threatening emails in July 2020. Threats have also been directed at members of Fauci's family, who receive around the clock security.

In Australia, Queensland Premier Annastacia Palaszcuk and Chief Health Officer Jeannette Young, have been subjected to an online campaign of abuse that resulted in the latter's requiring police protection.

A Gold Coast man was found guilty of threatening the pair in a barrage of messages posted on social media.

Hoping for a normal year at school

Germany's vaccination rate could be higher than previously thought

A survey by the Robert Koch Institute has revealed that some 3.5 million more people may already be vaccinated. German Health Minister Jens Spahn has happily welcomed the news.