Denmark is lifting restrictions it had imposed to try to control the COVID-19 pandemic. Officials in Beijing are reporting more cases around the Olympics, just days before the Games open. 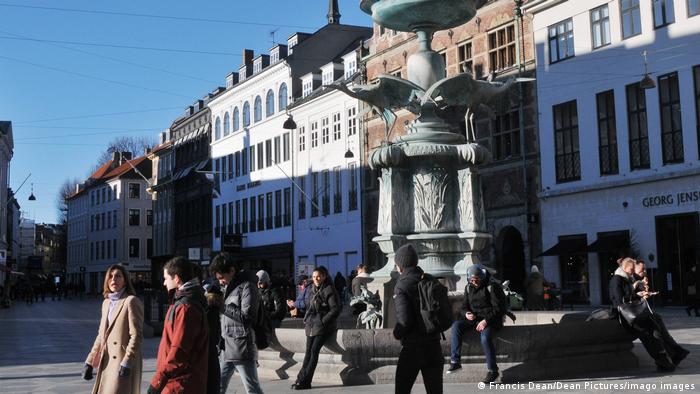 As of February 1, most all restrictions in Denmark have been lifted

On Tuesday, Denmark lifted nearly all the restrictions authorities had imposed to contain the spread of COVID-19, despite a high incidence rate in the country.

Danes will no longer be required to wear face masks or present COVID-19 health passes indicating proof of vaccination, recovery or a recent negative test result.

Large events will once again be permitted, and nightclubs can pack the dance floor.

When Prime Minister Mette Frederiksen announced the easing of restrictions on February 1, she said, "We are ready to step out of the shadow of the coronavirus. We say 'goodbye' to restrictions and 'welcome' to the life we knew before."

COVID-19 is no longer classified as "socially critical" in Denmark which permitted the government to impose restrictions. Polls suggest that the move is supported widely by the Danish public.

Last September, Denmark attempted a similar loosening of restrictions, but the government was forced to reimpose restrictions gradually as new infection numbers rose.

In the last week, Denmark has counted between 33,000 and 47,000 new cases daily with the surge brought on by the omicron variant. But critically, hospital cases and deaths have been stable, while patient numbers in intensive care units have been falling.

The country's high vaccination rate has been credited for the absence of an overwhelming number of hospitalized patients with new infection numbers as high as they are. More than 60% of people in Denmark have received three doses of the vaccine, whereas the EU average is at 45%.

Only visitors to Denmark will still be required to present proof of vaccination. Hospitals and nursing homes are being advised to keep certain restrictions, like face masks and the checking of vaccine passes.

The government in Norway also said it will remove most COVID restrictions, despite a spike in cases due to omicron. Hospital admissions have not increased amid the rise in cases, as the country has a high vaccination rate.

However, the death and hospitalization rates remain stable even as the caseload continues to rise.

On March 16, medical staff in German hospitals and nursing homes will be required to get a COVID jab. The German Federal Employment Agency said 12,000 workers from the nursing sector in December and January are currently on the hunt for new jobs ahead of this critical date.

In Portugal, Prime Minister Antonio Costa tested positive for COVID-19, several days after his Socialist Party landed a major victory in the country's parliamentary elections. The 60-year-old said he would self-isolate for seven days following the positive result.

Pharmaceutical giant Pfizer said it has asked US regulators to approve extra-low doses of its vaccine for children under 5-years-old. The vaccine was jointly produced with German firm BioNTech.

Children under five are the only demographic in the US to still not be receiving vaccines. The age group has seen a spike in hospitalizations due to the omicron variant. If approved, the young children could be getting their jabs as soon as March.

In China, Olympics organizers reported a total of 24 more new cases of COVID-19 being detected within what they are calling a "closed loop" bubble of Olympics event personnel and athletes.

"As more people are entering China the imported COVID-19 cases are increasing," Huang said. The 2022 Winter Olympics start on February 4 and run until February 20.

China's Olympic bubble the most ambitious quarantine ever

In New Zealand, a pregnant journalist stranded in Afghanistan has been granted permission to return after the government reversed its decision.

Officials had insisted Charlotte Bellis needed to reapply for a spot at a quarantine hotel to enter the country.  Deputy Prime Minister Grant Robertson said the government had changed tack and Bellis had been offered a voucher for one of the only 800 rooms available each month.

In a statement, Bellis said, "I will be returning to my home country New Zealand at the beginning of March to give birth to our baby girl." She added, "We are so excited to return home and be surrounded by family and friends at such a special time."

Meanwhile, the New Zealand Open, a men's golf tournament, has been cancelled, organizers announced on Tuesday.

Due to border restrictions, the tournament previously scheduled for late March and early April, could not go forward, organizers said.

Omicron should not be underestimated – WHO