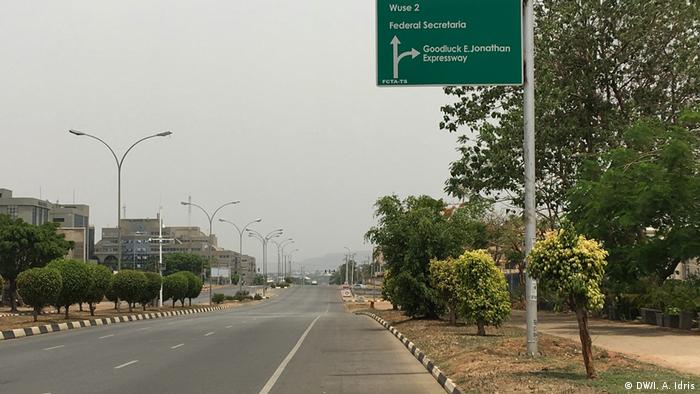 Africa is overwhelmingly a continent of small businesses, petty traders and micro-firms, with an estimated 95% of enterprises falling into this category.

These are particularly vulnerable to the effects of the COVID-19 pandemic. Few have the savings to cover things like rent and pay wages as lockdowns across the continent see businesses close, custom dry up and employees let go.

"Small business owners are quite terrified by what is going on right now -- the uncertainty of how long this lockdown will continue and how long the economy will take to rebound after this," said John Dludlu, the CEO of South Africa's Small Business Institute, a national advocacy group for small business owners.

This was echoed by the President of the Association of Small Business Owners of Nigeria, Femi Egbesola.

"Our members are worried, they are scared," said Egbesola on the phone from Ikeja in Lagos State.

To cushion the blow of the coronavirus pandemic, international organizations as well as African corporations, government and individuals are rushing to set up relief measures.

Here's an overview of what South Africa and Nigeria, Africa's biggest economies, are doing,

South Africa, the most diversified and industrialized economy on the continent, started a 21-day lockdown on March 27 that has seen the shuttering of all non-essential shops and businesses.

The Pretoria government set up a privately managed Solidarity Fund to channel donations. The first tranche of funds have come from the government, but it's already attracted some big name promises from South Africa's richest, such as the Oppenheimer, Rupert and Motsepe families, who said they will each contribute 1 billion rand ($57 million, €51 million).

While exact details aren't clear, it seems the majority of the donations would go towards curbing the spread of the coronavirus, according to South Africa's Daily Maverick news website. But, it reports, the fund is expected to make a portion of its money available to small businesses.

The government also said more than R2 billion will be made available through the Debt Relief Fund to assist small and medium local enterprises in distress.

The country's lowest paid workers will receive a tax subsidy and small businesses will receive a four-month tax holiday and can delay payment on 20% of their pay-as-you-earn liabilities.

Major banks are offering relief, too, mostly in the form of three-month debt holidays.

But the sheer number of different relief options is sowing confusion, says John Dludlu from the Small Business Institute. "What small business owners are expressing to us is frustration," he told DW on the phone from Johannesburg.

"There is quite a lot of support from the private sector as well as from government aimed at supporting small businesses in South Africa but [small business owners] just don't have access to this information."

To make it worse, the government's website, www.smmesa.gov.za, to apply for debt relief is often not working.

"Like any new system, it was bound to encounter teething problems, so we say our members should be patient for both the assistance for businesses and for employees," Dludlu said, adding that the Small Business Institute was collating relief measures on its website.

Nigeria, Africa's biggest economy and most populous nation, has varying degrees of shutdowns and curfews across the different states – Lagos, the commercial hub and Abuja, the capital, went into lockdown on Monday night.

The government said it has started paying a cash transfer to 10.7 million of the country's poorest – although it is not yet clear how it will measure who fits the criteria for this payment and which regions will see them.

Nigeria's central bank has retroactively lowered interest rates from 9% to 5% as of March 1 for one year. It also has announced credit relief of $136.6 million to businesses affected by the coronavirus pandemic, including petty traders and small enterprises (but experts have criticized the amount as too small to make a difference).

Tax relief is also available and the government is to introduce a scheme to encourage people to retain staff.

"In a population of almost 200 million people, the government hasn't done enough though," believes Femi Egbesola from the Association of Small Business Owners of Nigeria.

"And I don't see them being able to do enough as they are also cash strapped," he said, referring to Nigeria's massive budget shortfall triggered by the dramatic fall in crude oil prices – demand has slumped because of the worldwide coronavirus shutdowns.

Crude oil is Nigeria's biggest export, responsible for around 90% of the country's foreign exchange revenues. 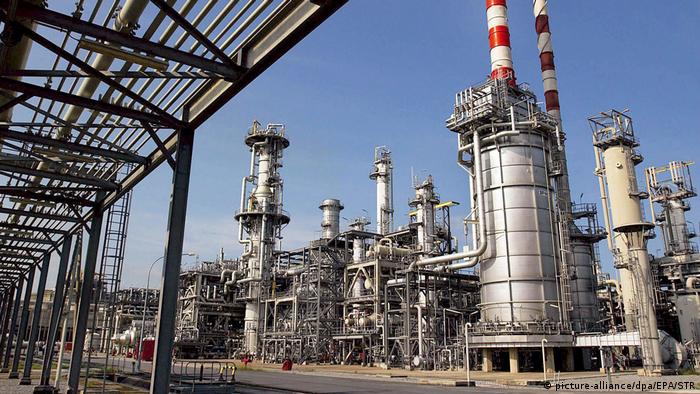 As in South Africa, private sector donations have been pouring into Nigeria's efforts to combat the spread of COVID-19 and the fallout from the lockdowns. However, it doesn't seem to have yet set up a central fund for this.

But the money isn't yet flowing down to small businesses owners.

"We have so much hype online and in the news," said Femi Egbesola from the Association of Small Business Owners of Nigeria. "But practically, we have not yet seen anybody that has seen any funds. The process is ongoing."

"Those few who have received food materials feel that they are being embarrassed in the sense that what they were given would have been good for a 2-year-old, 3-year-old boy, not an adult," he said, referring to the Emergency Food Response set up by Lagos State.

Egbesola's advice: "It is still too early to say if it is working or not working, let's give it some more time to see what will happen."

National efforts won't be enough though to soften the effects of COVID-19 on the continent where it's estimated governments will need billions of dollars in additional funding.

To help provide such funds, the African Development Bank has launched the world's biggest social bond to date (called Fight COVID-19) by selling $3 billion of notes.

"We are here for Africa, and we will provide significant rapid support for countries," the bank's president, Akinwumi Adesina, said in a statement.

As for the World Bank and the International Monetary Fund (IMF), they have called on all official bilateral creditors to suspend debt payments from borrowing countries that request it.

In March, the IMF said it is making around $50 billion available in emergency financing for low income and emerging market countries to help the fight against the coronavirus.

The World Bank Group has also approved an increased $14 billion package of fast-track financing to assist companies and countries to respond to the rapid spread of COVID-19.

With such large sums of money in play, social media is already buzzing with comments that relief funds won't trickle down to the small business owners and traders that need it.

"People have very good reasons to be skeptical about government support flowing down to them. Politicians all over the world have abused people's trust," said John Dludlu, pointing out that South Africa has seen an "exponential rise of corruption" in the past few years.

Femi Egbesola in Nigeria hopes that the severity of the situation will put off people from embezzling COVID-19 funds.

"I want to believe that the conscience of those handling and taking care of these funds will pull them to do the right thing because it is about life and death," he said.

African countries are imposing lockdowns to curb COVID-19, a race in the right direction. But it is bad news for the neglected poor and small businesses across the continent, writes DW's Isaac Mugabi. (26.03.2020)