Africa's artists reinvent themselves during COVID

The third wave of the pandemic has hit parts of Africa. The cultural scene continues to face major challenges, with little aid from the state.

While people in many places in Europe are now breathing a sigh of relief amidst loosening COVID restrictions, South Africa is grappling with its third wave.

It was one of the first African countries to impose stringent measures to stem the spread of the pandemic at the start of the 2020. For weeks, its economic capital, Johannesburg, resembled a ghost town.

South African photographer Earl Abrahams recorded the lockdown in a series: "I created it within my own four walls. I took pictures in my apartment and then shot them in the apartment block," explains the visual artist. He survived by selling his works but at a far lower price "because I was also aware that not everyone could afford such pieces at that time." 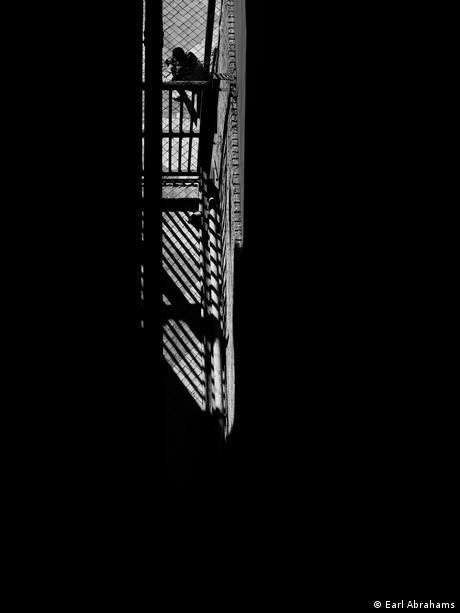 One of Earl Abraham's untitled photos from his 'Lockdown Series'

For his video interview with DW, Abrahams went to his co-working space in the Rosebank neighborhood. Power cuts have been common recently where he lives, in Norwood. The government had long wanted to renew the power lines but kept putting it off. Now its priorities have shifted.

Abraham's main concern since the pandemic started is how to make ends meet. "COVID has taken away my livelihood in many ways. You can't connect with people if you can't go to exhibitions, and you can't exhibit yourself. And then, of course, financially there are no productions, and budgets have been cut."

Like many creatives, Abrahams has had to reinvent himself. To make a living, he accepts assignments from various production companies that were allowed to cover the pandemic. 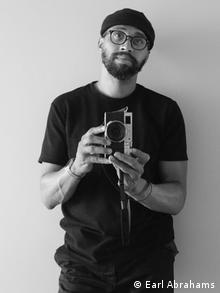 His own creative work has taken a back seat for months. "I have to juggle so many different balls in the air that I can't focus on one thing. My focus is on paying my bills."

Left to start from scratch

In the Democratic Republic of the Congo, artists are not even funded. "We were living from hand to mouth anyway. When you have a project in the works, you can breathe. And otherwise, each of us tries to find something on the side, even if it's not necessarily related to culture," says an outraged Amour Lombi.

The Congolese celebrated her first major success in 2018 when she starred in the film Maki'La, which was screened at the Berlinale and elsewhere.

The film's director, Machérie Ekwa Bahango, has been affected too. "All my projects have stopped. I'm not even in touch with my production partners anymore," she said, adding that she's "starting from scratch again." 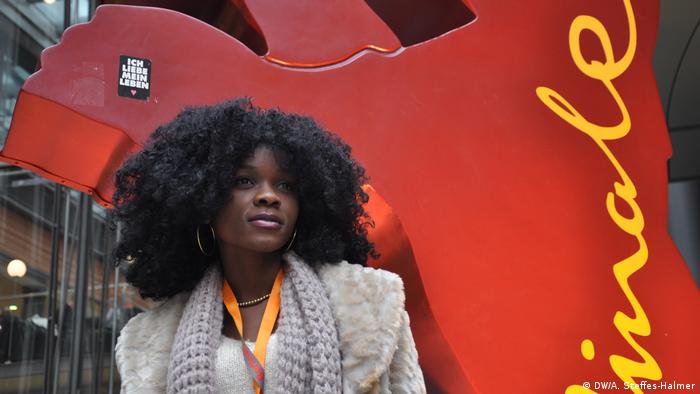 Both women insist that culture and the arts play an important role in identity in the Congo. "We are just going back into lockdown and the first thing to be banned is cultural offerings, while churches and restaurants remain open," Bahango told DW. "That means we don't really recognize the importance of culture."

In the Gambia, you don't notice COVID anymore, "unless you go into a bank. Then they tell you to put on a mask," jokes Ali Cham, aka Killa Ace.

The rapper has been running a cell phone store since this year in the heart of Serekunda, the country's largest city. Even before the pandemic, he had been hawking cell phone accessories to stay afloat. "I don't rely on music to survive. At the end of the day, you should always have a side income to put money aside. Because what happens if the music doesn't go anywhere?"

Well-known both locally and in neighboring countries, he had self-financed his albums even before COVID hit. The already precarious situation for artists in the Gambia has now worsened.

"The main source of income for us here is events. The fact that artists haven't been able to organize anything for more than a year has put a deep hole in their pockets. Album sales don't really work here," he explains. "Live streaming is fine, but not all Gambians have reliable internet access."

The state did offer financial help though: solo artists registered with the National Center for Arts and Culture could apply for a one-time grant of about 5,000 Dalasi (about €90, $107). For groups, the subsidy amounted to 20,000 Dalasi. Killa Ace however did not sign up for the aid as he believes in getting by on his own.

In the Republic of Guinea, a total of 2 billion Guinean francs (under €170,000) was available for the entire culture sector.

"It's symbolic, there's no thought behind this support," says Bilia Bah. The actor and playwright has been organizing the "Univers des Mots" theater festival in the Guinean capital, Conakry, since 2012.

While the aid he got wasn't even enough to cover his studio's monthly rent, he was still very happy about it, "because it was the first time we received support." 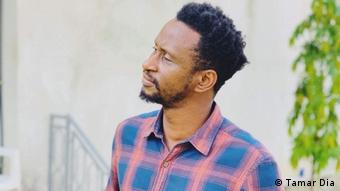 Cultural events have been banned in Guinea since the end of March 2020.

"We reinvented ourselves a lot. We have been working for communication agencies and doing commercials," Bah told DW. "Normally, we also do theater pieces to raise awareness for different institutions. Instead, we are now making awareness films."

Having long worked on international cooperation projects, Bah is currently working with theater professionals from the Balkans. "The only way to stay in touch today is digitally. Personally, I have nothing against it, but for me there is no substitute for human warmth. We need that energy, getting to know each other. For me, that's the essence of what interests me about culture."

Some who have moved their creative work into the digital space have benefited though.

"For us it wasn't too big an impact, we were simply already prepared for the 21st century, where everything can be done online anyway," explains Jide Martin. The Nigerian is the head of Comic Republic, a successful comic production company. "Most of our artists were already working with tablets. We had already moved away from traditional art, where you do things with pen and paper."

Comic Republic benefited financially from the crisis, as there was an increased demand for content because more people were home and had more free time. Martin and his team however are an exception in the West African country. Many artists have been ruined by Nigeria's eight-month lockdown. 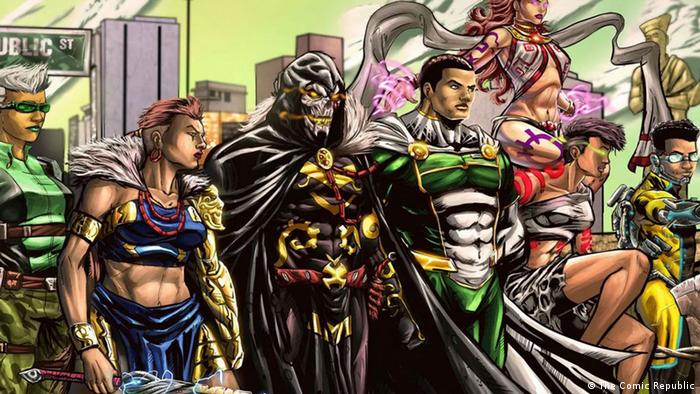 Yet Lagos is an important cultural hub. The Nigerian film industry — or Nollywood — churns out twice as many films as Hollywood annually. Yet its artists can't count on support as the industry is currently not regulated, explains Martin.

So even during the COVID crisis, he says the government "didn't take effective, helpful measures to help an industry that it doesn't even recognize as serious."

"Culture is already considered important, but it's not prioritized," concludes South African Abrahams.

The cultural industry in sub-Saharan Africa was already largely on its own before COVID. It continues to thrive through the tireless efforts of the many creative minds the continent produces.

Translated from the German by Brenda Haas