Glyphosate is a herbicide that's used to kill undesired plants. Pulling up plants, or "weeding," does the same thing without chemicals, but it’s very labor-intensive. What if tireless robots could weed fields cheaply? 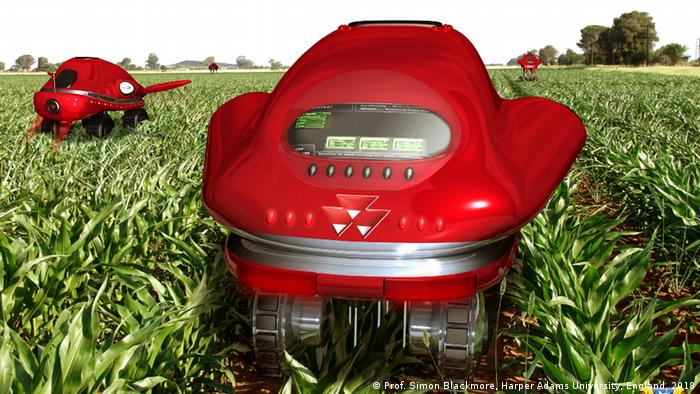 Professor Simon Blackmore, head of robotic agriculture at the UK's National Centre for Precision Farming at Harper Adams University in England, says that increasingly sensitive and precise sensors and instruments are being developed that can measure the "complex nature of the growing environment" on every square meter of farmland — the soil and water conditions; the presence of pests and diseases; the location of weeds, and the size of crop plants.

In addition to measuring the state of a crop, robots will be able to actively improve growing conditions, not least by getting rid of weeds.

"We're developing a whole range of smart machines now that potentially might be able to replace the tractor and the combine harvester," Blackmore said. "And we're coming up with systems that will allow us to replace herbicides... One project I'm developing is called laser weeding." 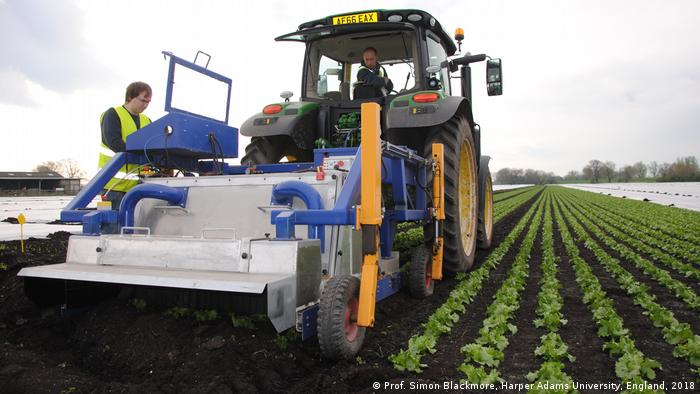 This picture shows a prototype experimental 'Hyperweeder' attached to the back of a tractor. Blackmore's goal is to eventually reconfigure the system as a lightweight autonomous robot, without tractors or tractor drivers

Blackmore's prototype "Hyperweeder" robot uses machine vision and pattern recognition software to recognize up to 26 weed species. It assesses the plant's shape to identify where the plant's meristem is — that's the part of the plant where new growth occurs. Then the robot zaps the meristem with its miniature laser cannon (see illustration at top, which shows an artist's conception of a future commercial version of the Hyperweeder; it is not a photograph).

Here's how the Hyperweeder is described in the research group's FAQ:

"A field-ready device is being developed equipped with cameras and a computer running software to detect weeds growing amongst crops. A gimbal is controlled by the computer to rotate a spray gun or high-power laser to focus on the weeds and eradicate them without affecting the crop or soil."

Spray gun? Yes. There are two versions of the Hyperweeder robot. One version zaps weeds with a laser beam, stopping their growth by heating their growing tips up to 95 degrees C.  The other squirts an herbicide, for example, glyphosate, directly where it's needed.

Robots could apply herbicides directly onto the leaves of weed plants in precisely targeted locations and dosages, Blackmore says. This could avoid overspray completely, and could potentially reduce the volume of herbicide sprayed by over 99 percent, meaning much less environmental impact and much less herbicide residue left on harvested food.

Precision spraying is also a win on costs: Since herbicide is sold by the liter, 99 percent less overspray implies a similarly dramatic decline in farmers' total annual spending on herbicides.

Blackmore is committed to what he calls "precision agriculture." He says we don't practice it yet, and that when we eventually do so, it will save us money, improve yields, and cause less environmental harm compared to today's farming methods. 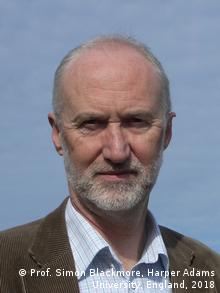 Given a growing global population, with many new mouths to feed and a limited area of available farmland, Blackmore advocates "sustainable intensification" — information-intensive farming methods for growing more food on a given amount of land, with less energy or herbicide inputs.

At present, we do not yet have appropriate technology for optimizing the yield and quality from small farm fields. Big modern tractors can achieve economies of scale, but they need big fields to work in - yet the average size of farm fields in Asia is only one acre, Blackmore points out.

Moreover, big, heavy machines like today's tractors are hard on the soil. They compact and damage it. This makes it necessary to plough every year, before the next planting season, to loosen the soil up again.

"Tillage, ploughing, harrowing - we do that every year," Blackmore says, adding that "up to 90 percent of the energy" put into cultivation of farm fields is driven by the need to repair the damage done by large machines in previous years. It's environmentally and financially costly, involving massive energy inputs and many billable hours for tractor drivers. 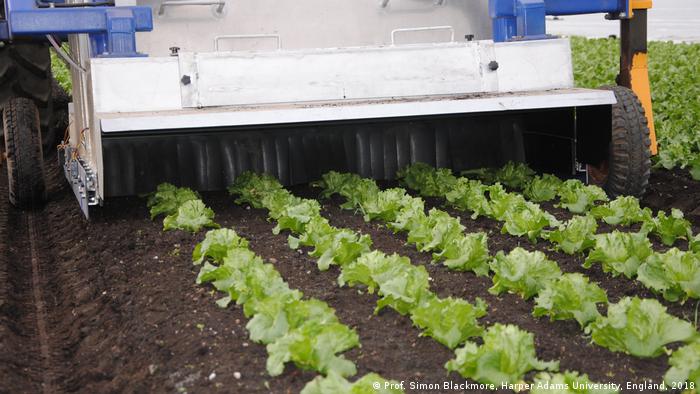 The prototype Hyperweeder system shown close up. There are lasers firing away at tiny weeds, somewhere under there

A precise touch is a lighter touch

Lighter machines are less hard on the soil, and so are forms of agriculture that minimize or eliminate ploughing altogether. If robot-assisted precision agriculture systems can make ploughing unnecessary, and if those robots are cheap enough to lease and operate, farmers could achieve net cost savings.

By going to a more information-intensive agriculture that treats every square meter of farmland individually, and increasingly using robots, total food production can be increased cost-effectively, the professor says.

"We can't farm by averages anymore," according to Blackmore. We need to move away from one-size-fits-all, brute-force farming, and move to flexible agriculture that takes into account local soil conditions, weather, microclimates, pests, and other factors.

It will take quite a few years for mass-produced agricultural robots to become available and widely deployed in agriculture. And it's not yet clear whether such robots will eventually make herbicides like glyphosate completely unnecessary. Perhaps not entirely.

But if Blackmore is right, robots could, at a minimum, vastly reduce the total amount of poison farmers need to apply in order to grow thriving crops in weed-free fields

A hydroponics greenhouse in Kenya is shaping the modern agribusiness in Africa. Tech entrepreneur Charles Oduk hopes to inspire farmers in other arid areas with his automated farm.