Just over 60% of people in Germany would be willing to get vaccinated against COVID-19, a new survey has found. For researchers, the staunch opponents aren't the problem — it's the growing number of people on the fence. 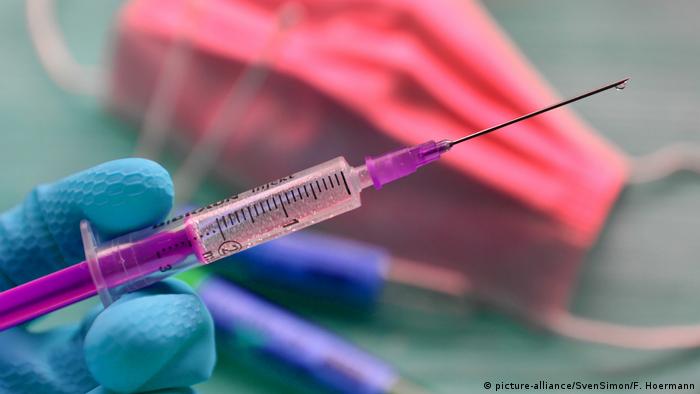 As researchers around the world race to come up with a vaccine against the novel coronavirus, the willingness to get vaccinated has dropped across Europe, a new survey has found.

The survey polled 7,000 people across several European countries in April and June this year about their attitudes towards a possible vaccine, German daily Süddeutsche Zeitung newspaper reported on Sunday, citing a copy of the survey.

Researchers at the University of Hamburg in northern Germany coordinated with research institutions in three different countries to carry out the survey.

In April, 74% of survey participants in Germany, the UK, Denmark, the Netherlands, Italy, France and Portugal said they would be willing to get vaccinated.

By June, that number had dropped to 68%, researchers found.

The drop was particularly dramatic in Germany, which saw vaccine willingness drop from 70% to 61%.

Divisions between northern and southern Germany were especially pronounced, with 67% of people in the northern state of Lower Saxony saying they would get vaccinated. In the southern state of Bavaria, however, only 52% said they would do the same.

In early June, a national survey carried out by YouGov found only 50% of respondents were willing to get vaccinated — while 20% were staunchly opposed to getting a vaccine.

The results of that survey prompted concerns from scientists and politicians alike, as a vaccine and higher vaccination rates are seen as the most likely way to curb the pandemic and to fully reopen public life.

Jonas Schreyögg, the head of the Hamburg Center for Health Economics at the University of Hamburg, said their most recent survey found that very few respondents were actually outright opposed to vaccines.

"These people are not the problem," he told Süddeutsche Zeitung.

What is more troubling, are the growing number of survey respondents who said they didn't want to get a vaccine or were unsure about it due to concerns about potential side-effects or uncertainty about the safety of the vaccine.

Read more: Can India really have a vaccine ready by August?

"On the positive side, this means that the willingness to get vaccinated could be significantly increased if we succeed in giving these people more security by being transparent in the testing and approval process of the vaccine and with public education campaigns" Schreyögg told the paper.

German researchers were recently pleasantly surprised by the number of people who were willing to take part in clinical trials for the coronavirus vaccine. Some 4,000 people signed up to take part in the trial at the University Hospital in the southwestern city of Tübingen.