President Joe Biden has unveiled his country's plans to share three-quarters of its unused vaccines with poorer countries. 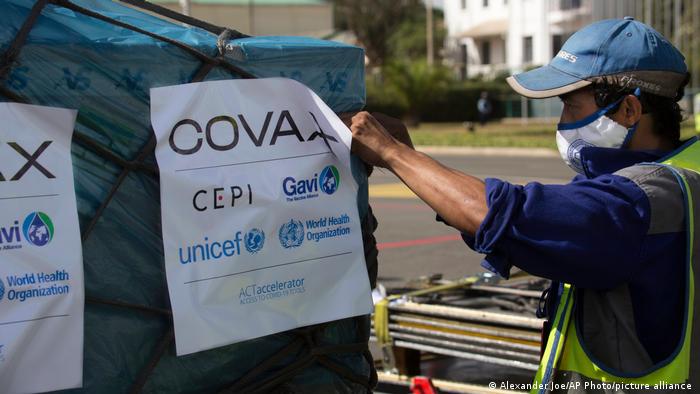 The US pledge will significantly add to the COVAX vaccine rollout

The US will donate 75% of its unused coronavirus vaccines to the COVAX alliance, President Joe Biden announced on Thursday.

Overall, the White House aims to share 80 million doses globally by the end of June.

"As long as this pandemic is raging anywhere in the world, the American people will still be vulnerable," Biden said in a statement.

"And the United States is committed to bringing the same urgency to international vaccination efforts that we have demonstrated at home."

The remaining 25% of unused doses will kept for emergencies and for the US to share with its partners.

Where will the vaccines go?

Washington will retain on a say on where the vaccines are shipped to.

"We’re not seeking to extract concessions, we’re not extorting, we’re not imposing conditions the way that other countries who are providing doses are doing; we’re doing none of those things," US national security adviser Jake Sullivan said.

"These are doses that are being given, donated free and clear to these countries, for the sole purpose of improving the public health situation and helping end the pandemic," he added.

As part of the plan, the White House will also remove special Defense Production Act (DPA) powers to certain vaccine
makers that received US funding but are not approved for use in the US, including AstraZeneca, Sanofi SA/GlaxoSmithKline Plc, and Novavax Inc.

The DPA ratings allow US vaccine producers priority access to supplies and equipment. This lifting could free up raw materials for vaccine producers in other countries, particularly the Serum Institute of India (SII).

US accused of hoarding vaccines

The US has more than enough vaccines to inoculate its population, prompting accusations that it had been contributing to vaccine inequity. It faced increasing pressure to share its wealth of vaccines.

More than 63% of American adults have received at least one dose, and domestic demand is falling.

The latest pledge will greatly expand the COVAX operations, which has delivered nearly 80 million doses to 127 territories.

COVAX was co-founded by the World Health Organization with the goal of securing enough vaccines for 30% of the population in 92 of the poorest participating territories.