Coronavirus: UK approves Pfizer-BioNTech vaccine, to roll out next week

The UK will be the first country in the West to offer a COVID-19 vaccine to the public after a regulator approved the medicine in record time. The government has said the vaccine will be made available next week.

Britain on Wednesday said it had approved the Pfizer-BioNTech vaccine for use and that it will be rolled out from next week.

"The Government has today accepted the recommendation from the independent Medicines and Healthcare products Regulatory Agency (MHRA) to approve Pfizer-BioNTech's COVID-19 vaccine for use," the government said. "The vaccine will be made available across the UK from next week."

The move makes Britain one of the first countries to begin the process of vaccinating its population as it tries to curb the COVID-19 outbreak.

However, although vaccinations are set to start in the near future, experts have warned that the path to full immunization could still take a long time.

"What we have seen so far with most of the front runner vaccines, including Pfizer, BioNTech and AstraZeneca, is that they can protect somebody from getting a severe form of the infection, but they don't protect anybody shedding the infection," Mohammad Munir, a virl infection expert at Lancaster University, told DW.

"So that means the person who was vaccinated can still share the virus and can still infect anybody in the community," said Munir.

Vaccinations could start next week

Other countries aren't far behind: The US and the European Union also are vetting the Pfizer shot along with a similar vaccine made by competitor Moderna Inc. British regulators also are considering another shot made by AstraZeneca and Oxford University.

British media have reported that hospitals in England have been told to get ready to start doing vaccinations for medical workers as early as next week.

Pfizer said it would immediately begin shipping limited supplies to the UK — and has been gearing up for even wider distribution if given a similar nod by the US Food and Drug Administration, a decision expected as early as next week.

But doses everywhere are scarce, and initial supplies will be rationed until more is manufactured in the first several months of next year.

''We are focusing on moving with the same level of urgency to safely supply a high-quality vaccine around the world,'' Bourla said in a statement. "This authorization is a goal we have been working toward since we first declared that science will win, and we applaud the MHRA for their ability to conduct a careful assessment and take timely action to help protect the people of the UK," he said.

The European Union criticized the rapid approval of Pfizer and BioNTech's COVID-19 vaccine, saying on Wednesday that its own procedure was more thorough.

British Health Secretary Matt Hancock, meanwhile, claimed that Britain had been able to "move faster" to greenlight the vaccine because it was no longer part of the EU.

"Until earlier this year, we were in the European Medicines Agency. But because of Brexit, we've been able to make a decision to do this based on the UK regulator ... and not go at the pace of the Europeans who are moving a little bit more slowly," he told Times Radio.

Britain officially withdrew from the EU in January, but the country remains in a transition period until the end of this year. That means EU pharmaceutical regulations currently still apply.

"We have been able to announce the supply of this vaccine using provisions under EU law which exists until January 1," MHRA chief executive June Raine told a press conference.

"Everybody can be confident that no corners whatsoever have been cut," she stressed, adding that her agency's certification process was no different to counterparts in the US and EU.

"Our expert scientists and clinicians have worked round the clock, carefully, methodically, pouring over tables and analyses and graphs on every single piece of data, hundreds, over a thousand pages of data and, absolutely critically, analyzing the pre-clinical evidence, the clinical trials, the manufacturing and quality controls, and then down to the final sampling," she said.

Read more:When will we have a COVID-19 vaccine?

The comments follow criticisms made by the European Medicines Agency, which is in charge of approving vaccines for the EU. It said its longer procedure to approve vaccines was more appropriate as it was based on more evidence and required more checks than the procedure chosen by Britain. EU lawmakers were also critical of the approval.

"I consider this decision to be problematic and recommend that EU Member States do not repeat the process in the same way," said Peter Liese, an EU lawmaker who is a member of German Chancellor Angela Merkel's party.

"A few weeks of thorough examination by the European Medicines Agency is better than a hasty emergency marketing authorization of a vaccine," he added.

"There is an obvious global race to get the vaccine on the market as fast as possible," said Tiemo Wolken, an EU lawmaker from the socialist grouping. "However, I do believe that it is better to take the time and make sure that the quality, effectiveness and safety is guaranteed and matches our EU standards."

Read more: 1 million COVID infections in Germany: What have we learned?

While the UK has ordered enough Pfizer vaccine for 20 million people, it's not clear how many will arrive by year's end. Adding to the distribution challenges, the Pfizer vaccine must be stored at ultra-cold temperatures. Two doses three weeks apart are required for protection.

The UK government says frontline health care workers and nursing home residents will be first in line to get vaccinated, followed by older adults. "There will be a mixture of people immunized and nonimmunized in the population," said Munir. The vaccine "will have relatively little impact on delaying the pandemic or shortening the life of the pandemic," he added.

But Prime Minister Boris Johnson has warned ''we must first navigate a hard winter'' of restrictions to try to curb the virus until there's enough vaccine to go around for everyone who wants to be vaccinated.

Every country has different rules for determining when an experimental vaccine is safe and effective enough to use. Intense political pressure to be the first to roll out a rigorously scientifically tested shot has colored the race in the United States and Britain, even as researchers pledged to cut no corners. In contrast, China and Russia have offered different vaccinations to their citizens ahead of late-stage testing. 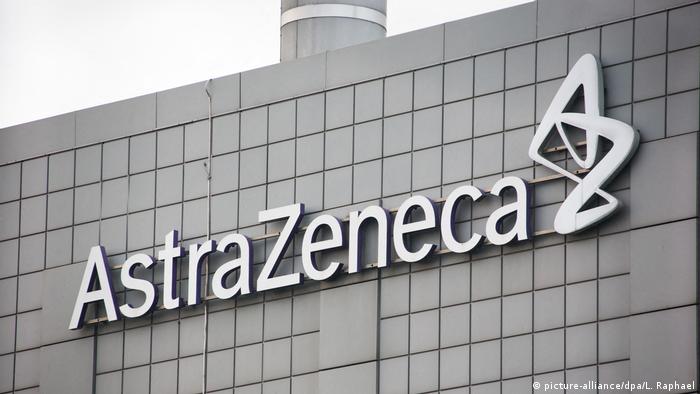 But experts cautioned that questions remain about the vaccine, including whether the Pfizer-BioNTech shots protect against people spreading the coronavirus without showing symptoms.

Another question is how long protection lasts. The vaccine has been tested in only a small number of children, none younger than 12, and there's no information on its effects in pregnant women.

This article has been updated to reflect that the UK has approved the Pfizer-BioNTech vaccine, not that it was approved for emergency use.

Moderna applies for emergency US approval of COVID vaccine

New study results found that the shots had an efficacy rate of 94.1%. The company says doses of the vaccine could be delivered to the EU as soon as December, if it receives approval in Europe.