The Japanese capital has seen a sharp increase in cases after last week lifting its state of emergency. Governments across the globe have said they may reimpose lockdowns in the event of even the smallest of outbreaks. 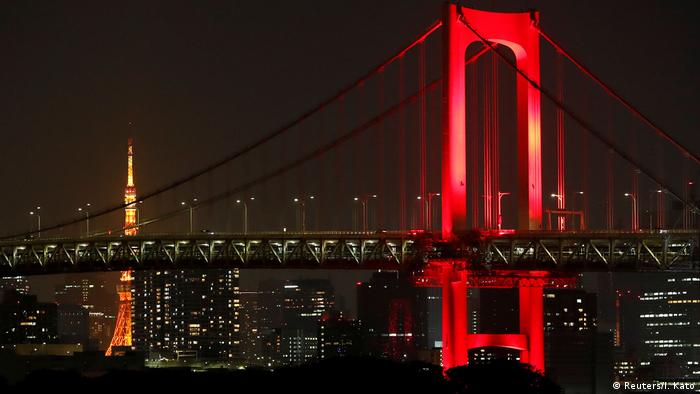 The Tokyo city government on Tuesday warned residents to stay at home unless they have urgent business to conduct, and instructed citizens to maintain social distancing, after registering its highest number of infections in almost a month.

The Japanese capital lifted a state of emergency just a week ago but after 34 new cases were recorded, it has taken a new stance in an effort to stem the outbreak.

Governor Yuriko Koike issued a "Tokyo alert" and said: "The alert is to precisely inform the people of the status of infections and to advise caution."

Lighting on Tokyo's Rainbow Bridge will be changed from rainbow-colored to red, as a sign of the new level of caution. However, the alert does not mean restrictions that just got eased, such as reopening theaters, fitness gyms, and other commercial facilities, will be reimposed immediately.

Koike added: "I want to remind everyone once again that we are fighting against an unknown virus as we still don't have any vaccines or treatment for it."

Despite easing restrictions recently, night clubs, karaoke places and other higher-risk establishments remain closed. These are likely to be reopened when Japan enters its third phase of easing lockdown measures, but for now, it remains in the second phase.

Meanwhile, Japan also approved safer, simpler saliva-based tests as it looks to boost testing to stamp out the novel virus that has so far infected 16,837 people nationwide, resulting in 902 fatalities.