Coronavirus: Tests show half of people in Italy's Bergamo have antibodies

An antibody test in Italy's former coronavirus epicenter has shown more than half of blood samples contain coronavirus antibodies. Researchers said the sample size is large enough to represent all of Bergamo province. 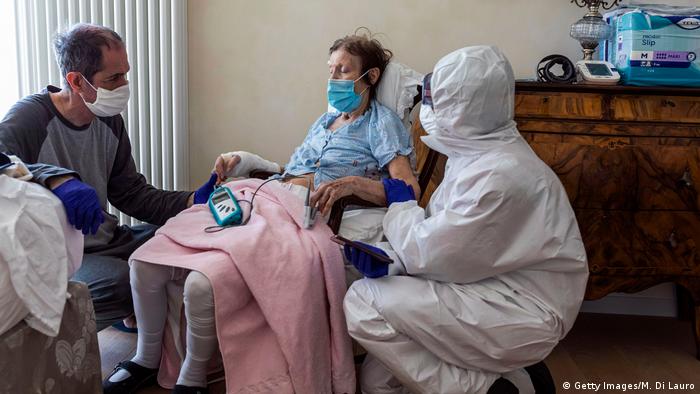 More than half of Bergamo residents who submitted a blood sample tested positive for SARS-CoV-2 antibodies, health authorities in the northern Italian city reported Monday.

Out of nearly 10,000 Bergamo residents who had their blood tested between April 23 and June 3, 57% had antibodies, indicating they had come into contact with the virus and developed an immune response.

Health authorities said the sample size was "sufficiently broad" to be a reliable indicator of the presence of SARS-CoV-2 among Bergamo province's population.

Bergamo was the Italian city worst hit by COVID-19, with images of overflowing hospitals and bodies being carried away by trucks illustrating the horrifying impact of the pandemic.

According to Italy's National Institute of Statistics (ISTAT), at the height of the outbreak in March, 568% more people died in Bergamo compared with the 2015-2019 average. The city and the surrounding province have reported 13,600 total COVID-19 cases. 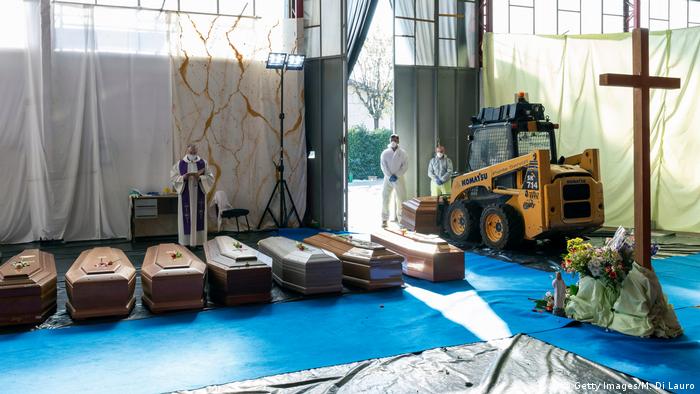 Coffins of COVID-19 victims are shipped from Bergamo in April

ISTAT, along with the Ministry of Health, has launched a nationwide blood testing campaign to map out the severity of Italy's epidemic region by region. The goal is to obtain a representative sample of around 150,000 people.

If SARS-CoV-2 antibodies are found in a person's blood, they are put under quarantine until a swab test is taken to reveal if they are positive for COVID-19, the disease caused by the virus.

An antibody test does not check for the virus itself, rather it detects whether the immune system has responded to the presence of a viral pathogen in the body.

Scientists around the world are exploring antibody therapy to treat COVID-19 patients. One method is using the blood plasma of recovered.

Italy: Hope in a coronavirus epicenter

Italy: Hope in a coronavirus epicenter