Coronavirus: Is the EU′s Erasmus program under threat? | Europe | News and current affairs from around the continent | DW | 05.04.2020 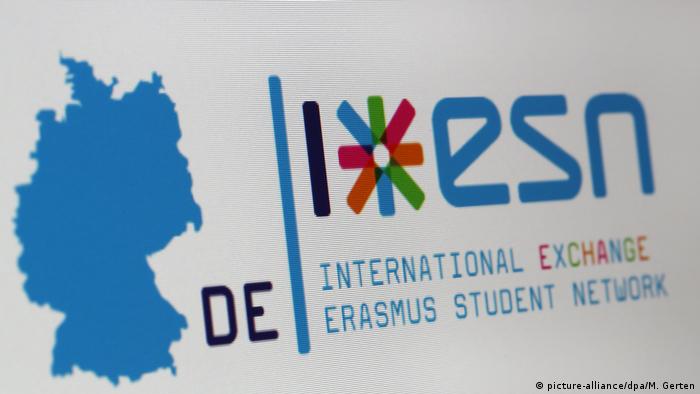 Back in 2015, Italian student Alberto Spatola spent an Erasmus semester in the Slovenian capital, Ljubljana. His five months there changed his life — not only because he made lots of friends, and not only because he learned how important it was to gain a different perspective on the world. Spatola's grandfather was stationed in the region during World War II. "It was very impressive to see how the situation had changed over two generations, for the better," he said.

But now, coronavirus is causing chaos for the Erasmus program as well. Spatola, 28, intended to go Brussels in March to do an EU-sponsored internship with the Erasmus Student Network (ESN) and learn French. But he's stuck in Genoa, in northern Italy.

Luckily, he can still do some of the work and get paid for the internship. However, he's not learning French and he's missing out on the human aspects of such exchanges — making friendships with people from all over, the parties and the excursions. 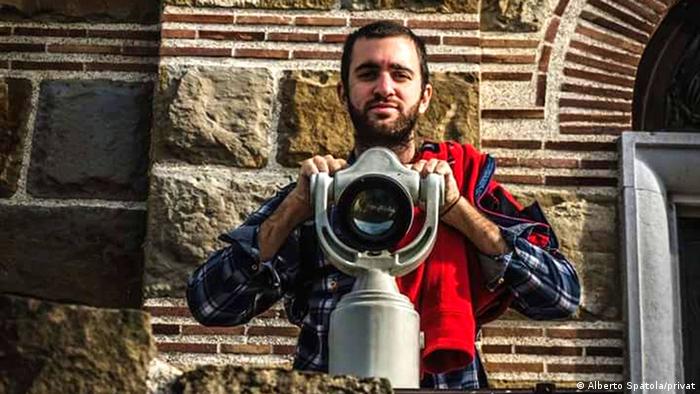 Anna Pretzl, a 22-year-old Austrian, was already living in Vaxjo in southern Sweden when the pandemic began. But instead of heading back home, she decided to stay. Sweden has taken a different approach to the outbreak, and the restrictions imposed by the government haven't been as strict as in other parts of the EU.

Large gatherings, however, have been banned. For Pretzl, that means no big parties or collective meals with the other students. Nonetheless, she said the atmosphere is still "pretty good" with students whiling away the time playing games, watching Netflix, communicating online and sometimes even going out for walks.

Kostis Giannidis, head of the Erasmus Student Network, told DW in a Skype interview that 36% of Erasmus students have decided to go back home. He said those who could were continuing their studies remotely, but said students were worried about not making their grades or losing money, or fear that their study period abroad will not be recognized.

"Higher education institutions are asked to be as flexible and pragmatic as possible to help students achieve the outcomes indicated in their learning agreements, regardless of the students' geographical location," states the European Commission's Erasmus+ website, which provides information for students and institutions about the impact of pandemic on the Erasmus program.

In many cases, students have been allowed to retain their grants even if they were forced to return home. The European Commission has also said it will reimburse travel expenses. Giannidis told DW that initially, there was a bit of "chaos."

"Students were told to go home, but at the same time countries were closing their borders," he said. Sabine Verheyen, a German MEP and chair of the European Parliament's Committee on Culture and Education, said it was her "utmost priority" to work with the Commission to ensure that young Europeans could return home or remain safe, wherever they were.

Is mobility in danger?

Like everything else, it remains unclear what will happen to the Erasmus program. However, Verheyen still hopes that funds will be doubled or tripled in the next EU budget (for the 2021-2027 period), regardless of the crisis. She told DW that the funds are necessary to expand the program and make it more inclusive, for example, for people with disabilities.

Right now, the question of whether young Europeans will be able to fulfil their Erasmus-related plans depends on how fast states are able to get the pandemic under control and reopen their borders. "We have to return to international mobility as fast as possible," said Verheyen.

Alberto Spatola hopes he will eventually get to Brussels, but said he is "a scared that the coronavirus crisis will lead some to believe that mobility is not essential, but a luxury that we can no longer afford."

Yet he believes it's in times of growing nationalism, like now in his homeland Italy, that more money should be invested in programs such as Erasmus, to ensure that young people can experience what it means to be foreign and live abroad.

Since 2009, young Germans have traveled from Tajikistan to Argentina to take part in the program "kulturweit," the volunteer service of the German UNESCO Commission. The program is now 10 years old. A success story. (10.09.2019)

Most of Scotland voted to remain in the EU — but they have left anyway. A young Scot working on the continent, DW's Elliot Douglas, writes that the future holds nothing but uncertainty and disillusionment. (02.02.2020)