Coronavirus: Indian states abandon labor protection to revive economy | Asia | An in-depth look at news from across the continent | DW | 25.05.2020 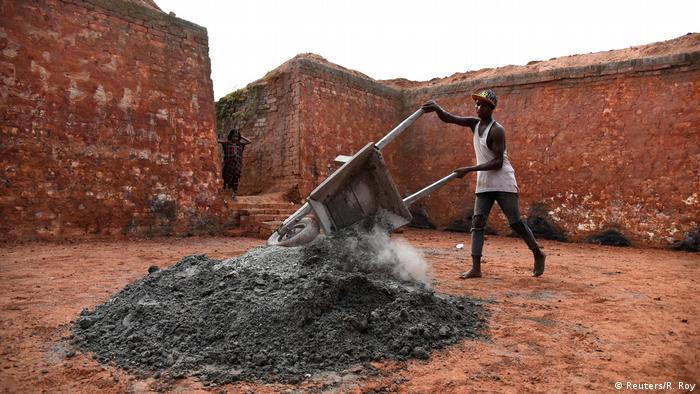 Yogesh Chauhan, a 35-year-old warehouse worker in the Indian capital city, has not been paid his salary for the past two months — the duration for which the country was under a lockdown to contain the spread of the novel coronavirus. Yogesh, the only earning member in his family of four, has struggled to make ends meet during this period and considered leaving Delhi for his hometown.

"We have to stand in long queues these days for daily meals," he said by phone. "We aren't getting paid. The manager asked us to look for work elsewhere while the warehouse is closed."

But even as India begins to restart its economy, Yogesh and millions of workers like him face an uncertain future.

The coronavirus pandemic has left an already stuttering Indian economy in shambles. The prolonged stay-at-home orders — one of the harshest in the world — may have slowed the spread of the virus, but they have also caused widespread business disruptions.

Several state governments have responded to this unprecedented crisis by suspending most of the labor laws, in a bid to help industry recover, and spur private investment. They have also increased the daily working hours from eight to 12.

Essentially, millions of Indians, including many migrant workers who have returned to their home states, will be facing longer workdays and lower wages.

Three states, Uttar Pradesh, Madhya Pradesh, and Gujarat — which together account for more than a quarter of the country's population — have abandoned federal and state labor laws that protect workers' rights to minimum wage and safe working conditions, among other protections.

Indian labor laws only protect those in the "formal" sector of the economy which accounts for less than 10% of the country's 450 million-strong workforce.

Experts believe the suspension of labor laws will open the door to exploitation of workers while doing little to boost growth in manufacturing. "The reforms use COVID-19 as a pretext to destroy basic worker rights (in the formal sector) that had been established over a century ago," Aditya Bhattacharjea, Professor of Economics at the Delhi School of Economics, told DW.

"Growth and investment in India's manufacturing sector had been slowing down for two years before the COVID-19 crisis, for reasons that have nothing to do with labor militancy or restrictive labor laws. The recent reforms do little or nothing to address these underlying problems and could make them worse in respect of the financial sector and falling domestic demand," Bhattacharjea said.

One of the stated reasons for diluting the labor laws is attracting businesses leaving China, replacing it as the factory of the world. The government in the western state of Gujarat, for instance, said the measures aim to target "a large number of industries and MNCs (multinational corporations) from Japan, USA, Korea and other European nations (that) are willing to shift their production from China to other countries."

Experts, however, have expressed doubts, given that factories that left China in the past have instead opted for countries like Vietnam or Bangladesh.

"It's not even sure that industry is going to move out of China. Businesses are not going to be sentimental and blame China for the crisis. The industry will continue its investments wherever they find the business environment more suitable," Bhattacharjea said. 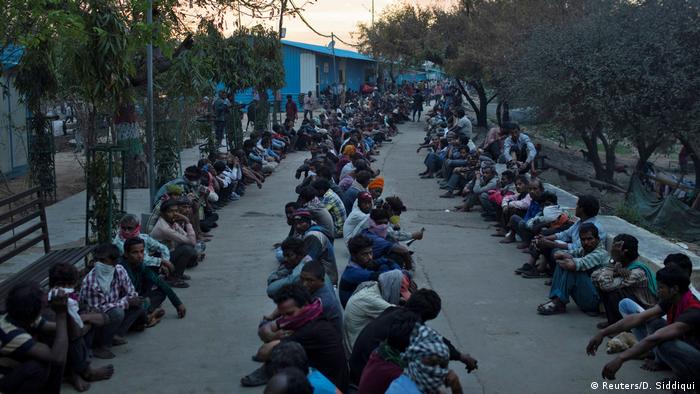 Millions of Indians, including many migrant workers who have returned to their home states, will be facing longer workdays and lower wages

Thousands of workers and trade union leaders took to the streets on Friday, demanding a rollback of these measures, brought about by executive orders. The day-long hunger strike in the capital New Delhi, in violation of the lockdown, took place "while maintaining the norms of physical distancing and also upholding social solidarity," Indian trade unions said in a joint statement.

"These draconian measures are not only to facilitate (a) more brutal and cruel exploitation of workers ... but also to throw them into conditions of slavery, in the interests of more profiteering despite the continuing economic slowdown," the unions said.

Bharatiya Mazdoor Sangh, a trade union linked to Prime Minister Narendra Modi's Bharatiya Janata Party (BJP), has also opposed the labor law changes. It held a protest last Wednesday and has even vowed to follow it up with a legal challenge.

"It is learned that many other states are readying to follow the trend. This is unheard in history and is rare even in most undemocratic countries," the trade union general secretary Virjesh Upadhyay said in a statement.

"Such amendments should emanate from tripartite consultation involving the government, the workers' and the employers' organizations and be compliant with the international labor standards," the ILO said in a statement. "Labor laws protect (the) well-being of both employers and workers. They are an important means to advance social justice and promote decent work for all," the UN agency said.

The cause of labor rights protection has found an ally in an Indian billionaire. Azim Premji, one of the 10 richest Indians, called for the interest of workers to be defended in times of crisis.

"It was shocking to hear that various state governments, encouraged by businesses, are considering (or have already done so) suspending many of the labor laws that protect workers," Premji wrote in The Economic Times newspaper.

"Diluting these already lax laws will not boost economic activity, it will only exacerbate the conditions of the low wage earners and the poor," he said.

Animals are returning amid India’s lockdown

Muslims in India are reportedly facing a surge in threats and fake news targeting them, after a religious meeting in March was identified as the source of a major infection cluster. Indian authorities deny these reports. (14.05.2020)

Coronavirus weddings: How Indians are tying the knot amid pandemic

A nationwide lockdown has caused wedding cancellations across India. But many couples are still determined to get married, swapping traditional customs with online weddings and socially-distanced ceremonies. (19.05.2020)