Coronavirus in Mexico: Street vendors agonize over health or livelihood

A large number of Mexicans eke out a living as street vendors in Mexico City. The coronavirus outbreak has made their job even more precarious. Do they risk their lives to save their livelihood? 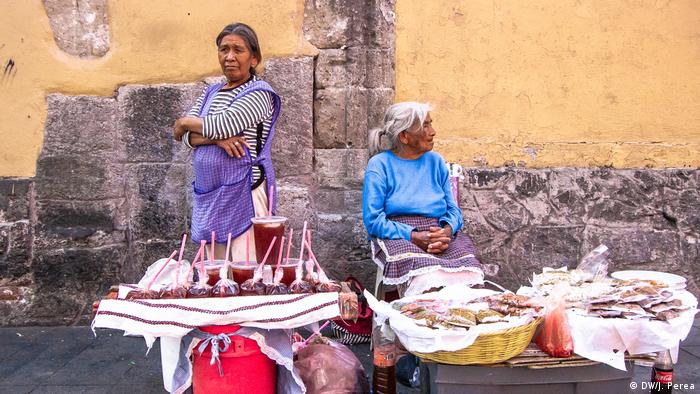 Alfonso Ramirez boasts 50 years working as a street vendor in Mexico City. He has sold all manner of wares, all over the city, and these days, he hawks DVDs of television series on Avenida Independencia, in the heart of downtown.

Ramirez has seen business slow dramatically in the last few weeks. On a slow Friday afternoon, he chats with the other vendors who line the street, all awaiting the rare customer. Mexico recently passed the 1,000 mark in reported coronavirus cases. The city has began to empty out, and workers like Ramirez are already taking an economic hit.

"We usually sell a lot to tourists, a lot of people from South America, but now everyone's gone back to their countries," he says. "We also sell a lot to people in the Secretariat of Foreign Affairs" — whose offices are just a block away — "but the sales have gone down for all of us." 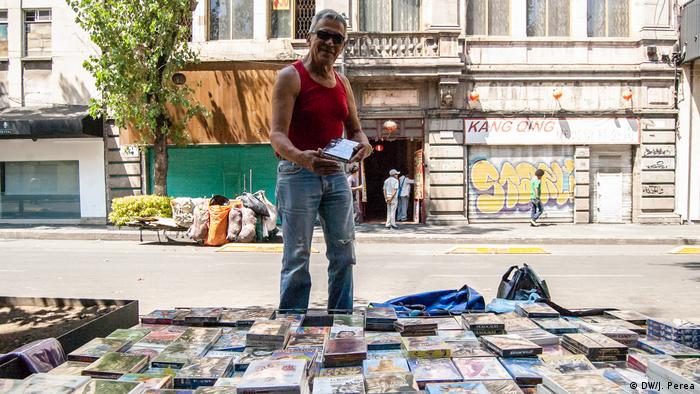 About 55% of Mexicans work in the informal economy. In Mexico City alone, nearly two million people — about 10% of the metropolitan area's population — work as street vendors. As they continue to work in the face of coronavirus, they're caught in a bind: their constant exposure to the elements and to passersby threatens their health. The shutdown threatens their livelihood.

Read more: US-Canada trade-off: Who is happiest with NAFTA 2.0?

Last week, Mexico's health minister, Hugo Lopez-Gatell Ramirez, declared the country to be in phase two — the community transmission phase — of coronavirus. In Mexico City in particular, officials and civilians alike are worried about how quickly the virus will spread given the city's density.

On March 22, Mexico City mayor Claudia Sheinbaum ordered bars, theaters, museums and bathhouses closed. Most professionals now work from home. The city's infamous rush-hour traffic has ebbed, along with the often-suffocating air pollution. Lopez-Gatell Ramirez announced on Monday that movement in Mexico City, including automotive and foot traffic, has decreased by 60%.

That's good news for the spread of coronavirus, but not so for the vendors who make a living selling to the pedestrians who usually crowd downtown Mexico City's sidewalks.

The high levels of economic precariousness in Mexico mean a complete lockdown would be devastating for many workers. The government has announced some measures to support Mexicans economically affected by the coronavirus shutdown, though the initiatives are difficult to access for many workers in the informal economy. Older adults and populations enrolled in certain social programs will receive welfare payments in advance.

The government is offering one million loans of up to 25,000 pesos (€950, $1,000) to small business owners, half of which will go to enterprises in the informal sector. Still, the program covers only a fraction of the country's millions of informal workers.

In some parts of the city, authorities have already sent street vendors home. Nora and her mother Venancia have been eking out a living for 32 years on Alhondiga, a pedestrian street just blocks from the Zocalo, Mexico City's central square. They sell small snack bags of nuts and cups of tepache, a fermented pineapple beverage.

Until recently, vendors like Nora and Venancia lined the entire street for several blocks, selling everything from tacos to jeans to juice to sunglasses. Starting a few weeks ago, though, Nora says that riot police began kicking people out. Now Nora and Venancia's stand is one of the only ones left on the block. "The riot police are down the block," Nora says, "and when they come we pack up and try to get out of the way."

Nora raises her primary school-aged grandchildren, and since schools shut down on March 20, they've been joining her at the stand. They commute into downtown every day from 10 de Mayo district, in the far southeast of the city, a two-hour trek using public transport. "People who buy from us are gone, but we can't go home, because we live day to day," she says. 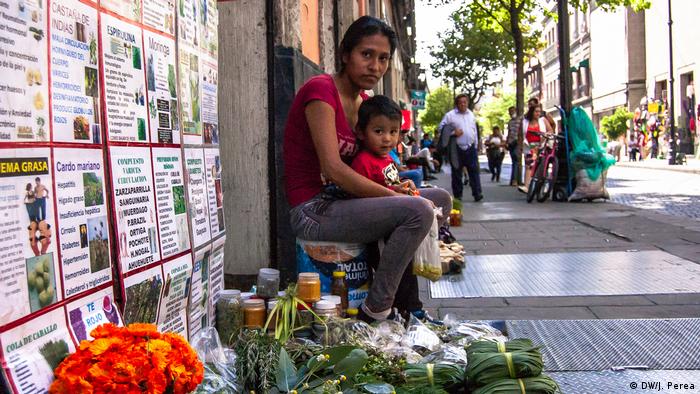 Each day, vendors weigh the balance between protecting themselves from the virus and keeping food on the table. For the time being, many vendors continue to go out to go to work. Sarai sells herbs, teas and natural remedies outside a pharmacy on downtown's El Salvador Street.

She and her husband bring their four young children to the stand every day. She says sales have gone down with the decrease in foot traffic through the city, but people have been buying her remedies to ward off a potential outbreak.

"People are really scared, and they're coming to buy herbal medications, everything that's a little more natural," she says: propolis, honey, ginger, turmeric, green tea, fennel. At some point, she intends to stop commuting into the city to sell. "It's hard because I have children, and everything we make just lasts for the day," she says. "I don't work in a store where I can have a stable salary or a stable schedule. I have to work to take care of my kids." 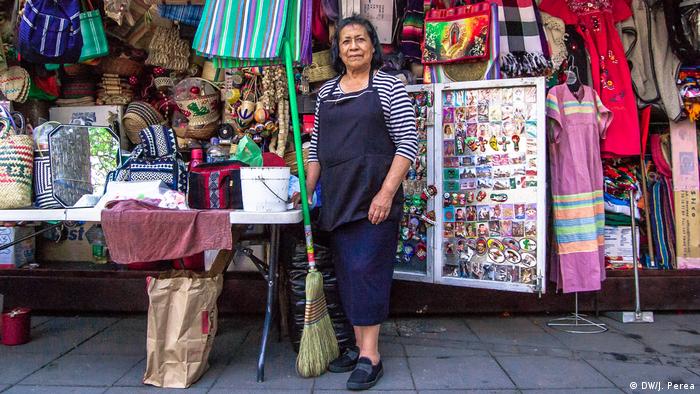 In Plaza San Juan, Marta de Lopez sweeps the sidewalk around the stands displaying her wares — woven baskets, embroidered dresses and ceramic souvenir magnets. She has sold artisan artifacts for the last 30 years.

Many of the stands are boarded up, but Lopez says she'll keep working until the pandemic threat becomes more apparent. "I see people wearing face masks, but I don't think I've seen any sick people," she says. "I haven't seen people pass with those symptoms that they're talking about, coughing, sneezing. They seem normal. If I see that people are sneezing, things like that, then I'll have to stay at home."

At his DVD stand, Alfonso Ramirez is following the health measures he's heard about: "try not to touch ears, nose, mouth, wash hands. I have some face masks here that don't work at all," he recites. "I'm not selling when I come to work, [but] if I stop coming, even less. So here I am, selling off my goods, selling off my days."