Germany's government wants to start promoting COVID vaccinations for 12- to 17-year-olds, according to a draft plan. Giving the jab to this age group would go further than guidance from the country's vaccine regulator. 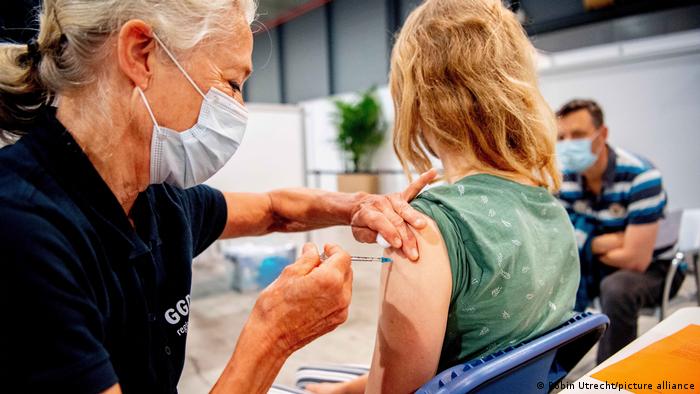 The Netherlands already recommends the COVID jab for the over-12s, and Germany is set to follow suit

Germany is planning to encourage vaccination for those aged 12-17 as concerns grow about the spread of the highly contagious delta variant of the coronavirus, agencies and media reports said on Sunday, citing a draft plan.

Federal Health Minister Jens Spahn and the 16 regional health ministers are expected to sign off on the proposal, drawn up by Health Ministry officials, on Monday, despite there being no official go-ahead for such a move from the country's vaccine regulator, STIKO.

In June, STIKO recommended that only 12- to 17-year-olds with preexisting conditions, or who lived with people at high risk from COVID-19, should be vaccinated.

However, people in this age group are already permitted to be vaccinated in consultation with their parents and doctors even if they do not fall into those categories.

The European Medicines Agency (EMA), which evaluates and supervises medicinal products within the European Union, has approved the BioNTech-Pfizer and Moderna shots for all over-12s.

According to the ministry's draft plan, vaccinating 12- to 17-year-olds could "contribute significantly to a safe return to classrooms after the summer holidays."

The proposals come amid more general concern about a slowing rate of vaccination, with just 52% of the population fully inoculated. 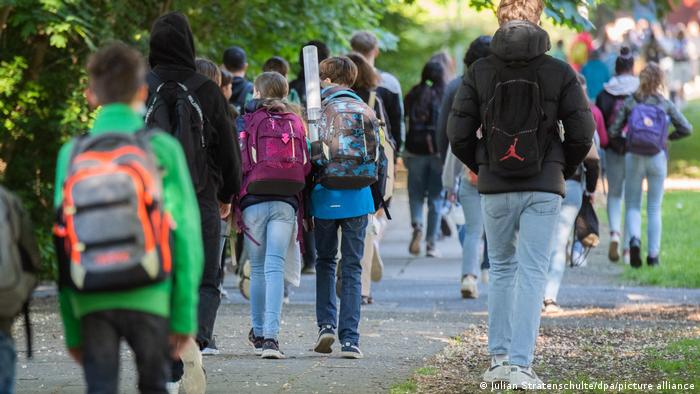 Booster shots for the vulnerable

The draft plan also contains a proposal for offering booster shots of COVID-19 vaccine to the elderly and those most at risk from the disease from September 1.

BioNTech-Pfizer or Moderna booster shots would be provided by mobile vaccination teams in care and nursing homes, according to the plan.

The document cites recent studies indicating that vulnerable people lose the original protection afforded by the vaccinations over time.

Germany has been seeing relatively low infection rates in recent weeks, but numbers are on the way up again, largely owing to the more easily transmissible delta variant.

The public health agency, the Robert Koch Institue,  reported 2,097 new  coronavirus cases on Sunday and one death. Since the pandemic started, Germany has recorded more than 3.7 million cases and 91,659 deaths.