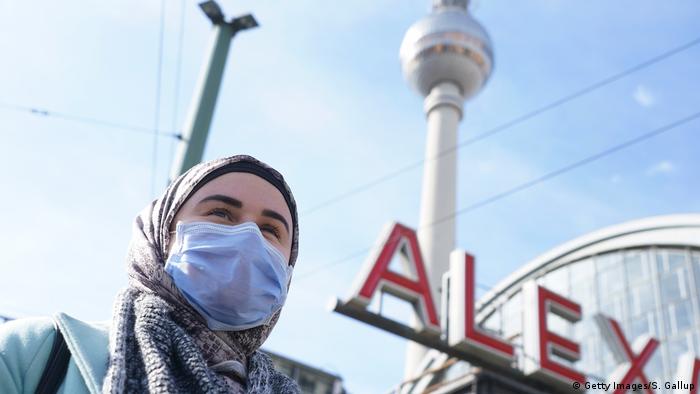 Germany's social distancing measures have been extended through the end of the Easter holiday break, Chancellor Angela Merkel announced on Wednesday following a call with state leaders.

The extension, which now keeps the restrictions in place until at least April 19, was agreed during a conference call between Merkel and the leaders of Germany's 16 states.

"A pandemic doesn't take a vacation," Merkel said announcing the decision. The restrictions were initially due to end on April 5.

Speaking earlier in the day, Merkel said it would be far worse to lift the restrictions too early.

She said it was currently "much too early to think about loosening the restrictions."

"It would be much worse to do it too early, and we are still very far away from what we need to achieve," the chancellor added.

Germany's population fo over 82 million has been called on to "reduce contact with other people except for members of their own household to an absolute minimum in keeping with the existing rules, including during the Easter holidays," according to a transcript of the call seen by news agency DPA.

Easter 'has to be different this year'

Residents have also been called on to forego private trips and visits with relatives during the Easter school break — which end for most states on April 19.

The restrictions also apply to church services. The chancellor noted that she understands that the Easter holidays are usually a time spent with families and for taking day trips or longer vacations.

"That has to be different this year," Merkel said.

The current restrictions in Germany will be reviewed again on April 14, the Tuesday after Easter, Merkel said.

The chancellor also voiced her support for efforts to develop a coronavirus tracking app to help monitor those who get infected and inform others about needing to potentially get tested.

Read more: Coronavirus and mental health: We are not made for social isolation

No obligation to wear masks

According to the call transcript, the federal and state governments agreed that people should not be required to wear face masks in public to stem the spread of the virus.

However, wearing a mask also does not mean that the person is absolved from observing the other social distancing restrictions.

The current measures ban public gatherings of more than two people, with exceptions for families and people who live in the same apartment or house. Residents have also been called on to keep at least a 1.5 (4.9 foot) distance to others when out in public.

Merkel said that the federal and state governments are working on increasing the number of face masks available for nursing homes as well as for facilities for people with disabilities.

Neighboring Austria implemented a mask requirement on Wednesday for everyone entering grocery stores.

The current restrictions in Germany will be reviewed again on April 14, the Tuesday after Easter, Merkel said.