An oversight has led to eight care workers at a residential home on the north German coast receiving five times the recommended dose of the vaccine. Four were taken to hospital after developing flu-like symptoms. 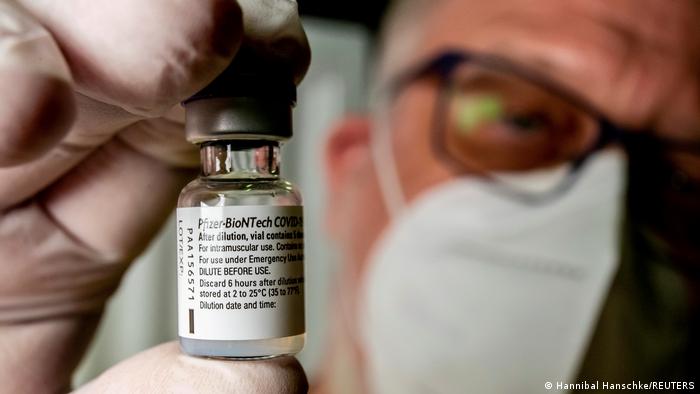 Germany's COVID-19 vaccination program got off to an inauspicious start over the weekend after eight care home workers in the city of Stralsund received an overdose, authorities said Monday.

Officials said the workers in the elderly residential home, all aged between 38 and 54, received five times the recommended amount of the BioNTech-Pfizer vaccine on Sunday.

Seven women and one man received the overdose, four of which ended up in hospital as a precautionary measure after coming down with flu-like symptoms.

"I deeply regret the incident," Stefan Kerth, the administrator of the Vorpommern-Rügen district where the care home is located, said in a statement. "This individual case is due to individual errors. I hope that all those affected do not experience any serious side-effects."

Vorpommern-Rügen authorities stressed that BioNtech has previously stated that larger doses were administered in the first phase of the vaccine study without serious consequences.

Germany, along with a number of other European countries, began inoculating its population over the weekend.

Mexico is the first Latin American country to roll out a vaccine program for COVID-19. The news signals a turning point for a country that up to now has taken a comparatively laissez-faire approach toward the pandemic.