European Commission President Ursula von der Leyen has said in a newspaper interview that the vaccines used in the United States should enable "free movement and travel" to the EU. 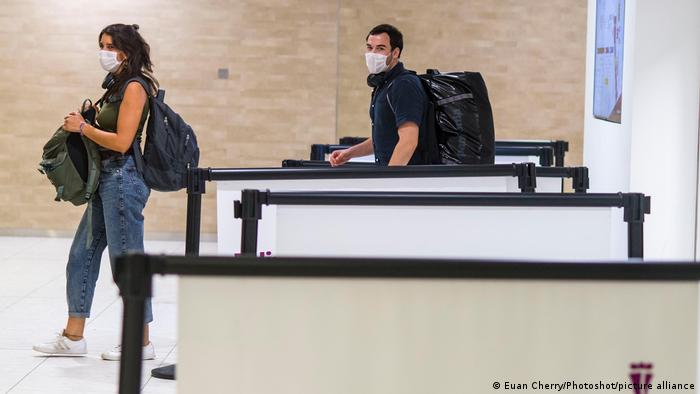 European Commission President Ursula von der Leyen told the New York Times Sunday that vaccinated US tourists should be able to travel  the EU this summer, although she did not say exactly when travel would resume.

Europe closed its borders to most US travelers last year to prevent the spread of the coronavirus.

"The Americans, as far as I see, use European Medicines Agency-approved vaccines," von der Leyen told the newspaper. "This will enable free movement and travel to the European Union."

She said restrictions would be lifted depending on the epidemiological situation in the US.

"But the situation is improving in the United States, as it is, hopefully, also in the European Union," von der Leyen added.

How many people in the US have been vaccinated?

The BioNTech-Pfizer, Moderna and Johnson & Johnson vaccines are currently being used in the US.

According to the Centers for Disease Control and Prevention (CDC), 28.5% of US citizens (over 94 million people) have been fully vaccinated, with 42.2% (almost 140 million) having received at least one dose of a vaccine.

Data from the CDC also reveals that over 5 million Americans have missed their second shots of the BioNTech-Pfizer and Moderna vaccines.

Epidemiologists recommend patients receive two doses of these vaccines to receive the most long-lasting protection from the virus.

How's the vaccination drive in the EU?

The US currently outpaces the EU in terms of vaccinations, with 128 million doses having been administered to 21% of the EU population as of Saturday, according to the AFP news agency.

European leaders have taken steps to combat the bloc's vaccine shortage, with the EU recently closing a deal with BioNTech- Pfizer for 1.8 billion more doses of its vaccine from this year through 2023.

When did travel restrictions begin?

The EU restricted non-essential travel from the US in March last year, with limited exceptions, and has continued the policy throughout the pandemic.

Former President Donald Trump implemented a ban on travel from 26 European countries into the US that same month.

Trump attempted to loosen travel restrictions on European travelers shortly before he left office in January, but this was promptly reversed by the President Joe Biden's administration later that month. The US has yet to announce plans on allowing travel from the EU.