European Council President Charles Michel has gone into quarantine after a security guard tested positive. The summit was set to focus on the worsening relations between Greece and Turkey. 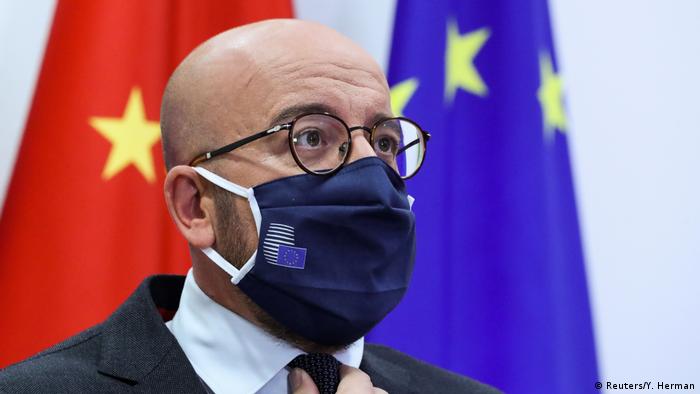 The EU has postponed a summit after European Council President Charles Michel went into quarantine after close contact with a person who tested positive for COVID-19, his spokesperson announced on Wednesday.

"The President is tested regularly and tested negative yesterday," spokesperson Barend Leyts said on Twitter. "Respecting Belgian rules, he has gone into quarantine as of today."

Michel learned on Tuesday that a security officer, who he had been in close contact with, had tested positive, Leyts added.

The summit set for Thursday and Friday was to address issues as wide-ranging as Brexit negotiations, climate change and the tensions between Greece and Turkey over energy rights.

It has been postponed by a week and will now go ahead on October 1 and 2.

Of the many presidencies within the European Union, a key function for the European Council President is chairing gatherings of EU heads of state and government — meaning Michel is the bloc's top representative at leaders' summits.

Live summits with the leaders of EU nations coming to Brussels only resumed over the summer. Throughout the spring, they met through video conferences while staying in their own capitals.

As the 27 EU leaders brokered an €1.85 trillion ($2.1 trillion) agreement on a pandemic recovery fund and long-term EU budget, Michel forced leaders to stay for four days in Brussels. During the time, the leaders often wore face masks and met in a room that normally holds 300 to accommodate social distancing. Key meetings were held on a roof terrace under the open sky.

The announcement came even as the coronavirus pandemic forced the UN General Assembly to hold its 2010 gathering with most of its core speakers issuing video addresses from afar.