Welcome back greed and stress, we′ve missed you! | Business | Economy and finance news from a German perspective | DW | 19.05.2020

Coronavirus brought with it, albeit temporarily, a greener, simpler way of life. But as economies reboot, will our hopes for lasting change again be supplanted by an obsession for wealth and efficiency? 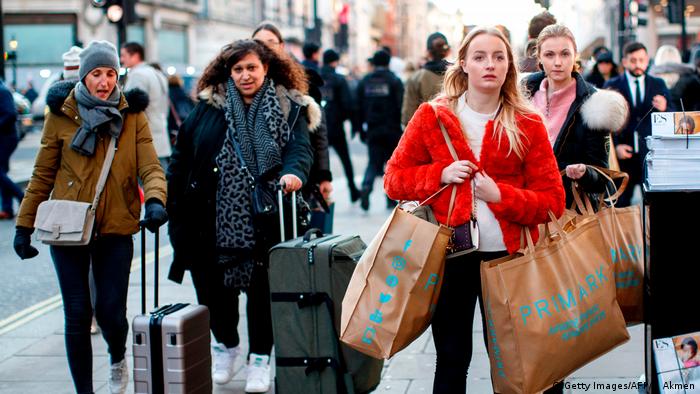 If you ignore the soaring mortality rate and sharp economic contraction, the coronavirus pandemic has had several upsides. Our digital, connected world has allowed hundreds of millions of people to work from home, families have spent more time together enjoying life's simple pleasures, and the shutdown of the rest of the economy has reminded us how climate-friendly we could live.

As businesses reopen and that familiar, single-minded pursuit of economic growth returns, Green politicians and more ecologically minded economists are warning that those societal benefits we enjoyed over the past eight weeks are quickly being cast aside. Policymakers are under pressure to avoid a much deeper downturn and are ignoring a rare chance to order a more sustainable economic model.

"The idea that our economies can continue to grow at 3% a year, double every 22 years and be 11 times bigger at the end of the century is mad," economist Giorgos Kallis from Universitat Autonoma de Barcelona told DW.

Kallis is a proponent of "Degrowth," a movement that gained traction after the 2008/9 financial crisis. Degrowth seeks to build on the climate crisis to create economies and societies that focus less on traditional economic indicators and more on well being and community.

Last week, more than 1,300 experts released a Degrowth manifesto calling for governments to put to one side the endless pursuit of efficiency and downscale their economies allowing people to live better lives with less.

"GDP is the wrong indicator, it doesn't measure what really counts in life," Kallis said. "Yes, degrowth would mean GDP would go down and we need to manage that, but the idea is to do things that we're not doing right now because we're afraid of the impact on GDP."

Indicators that would be prioritized under the Greek academic's economic model include reduced and more mindful consumption, localized production, work sharing and health and social care standards.

New Zealand Prime Minister Jacinda Ardern has become the first world leader to drop GDP as the main measure of economic success. Last year, she committed her government to use multiple indicators to determine the nation's wealth. Other politicians have only paid lip service to the idea, hoping that measuring peoples' happiness without making the necessary quality of life changes will still benefit them electorally.

The coronavirus crisis, however, has reminded us of the human cost of our obsession with GDP growth. Countries like the United States and Britain were slow to shut down their economies despite the pandemic threatening to overwhelm their health systems. On the other hand, poorer nations like Vietnam and Costa Rica, have coped much better due to having armies of people tracing the contacts of those infected with the virus.

"It's not just about having the best machines, labs and Harvard-trained doctors, these countries built up strong networks of people in the community to carry out testing and tracing," Kallis said. 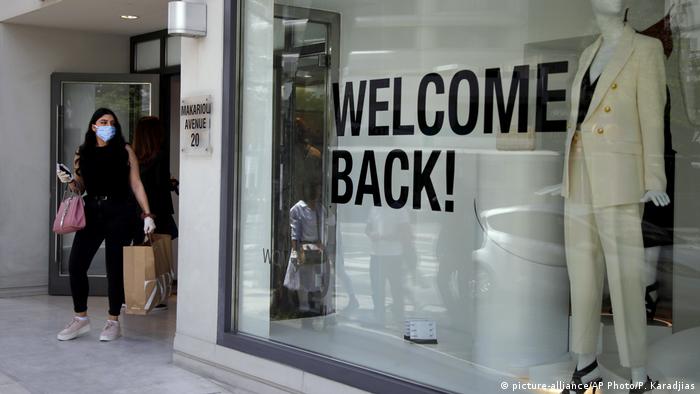 Peoples' excessive consumption habits are driving growth while at the same time harming the environment. Will people rethink their consumerism after the virus crisis?

Economies may well rebound in the next few months as a result of huge aid and stimulus packages launched by governments, but some academics insist the huge growth trajectory that the global economy has been on for the past five decades is winding down anyway.

Oxford University professor Danny Dorling is the author of the new book "Slowdown – The End of the Great Acceleration — and Why It's Good for the Planet, the Economy and Our Lives," which was finished in January, a month after the novel coronavirus first emerged.

The book lists falling population, marriage and fertility rates, sinking wages and slower growth in US mortgage, student and car debt as evidence that the world is moving towards a more sustainable path.

"The pandemic hit just as the economy was slowing, but several indicators have been falling for years, and this data will help those people who argue that the pandemic must change how we live," Dorling told DW.

While the economic fallout has been noticeably felt by low-income groups — many of whom are unable to work from home and saw the stores, factories or restaurants they work in close — the nationwide lockdowns have also hurt many of the world's wealthiest people, unlike the financial crisis when the top 10% saw their riches spike.

He told DW that the pandemic has "pulled a rug from under the top 2-3% of society,” whose profits rely on globalization and the free movement of goods and people, and the best hope for a noticeable societal change was if the wealthy feel the pinch.

"In the past, when you get that degree of insecurity for pretty powerful, well off people, bigger changes are possible,” Dorling added. 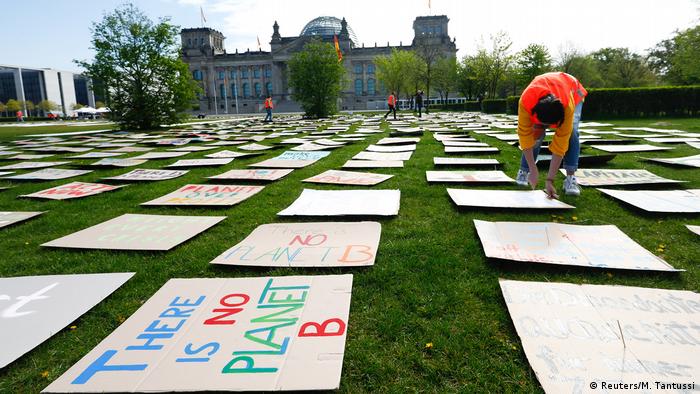 Amid the COVID pandemic, Berlin's Fridays-for-Future protesters were eager to refocus attention to the ongoing climate crisis and what people can learn from it

How will economies rebound?

The book cites four main indicators that were yet to slow down before the pandemic struck: consumption, pollution, air travel and university enrolment. While the first three have plummeted since March, a large drop in international students — especially from China to Western countries — is now increasingly likely as a result of travel restrictions and a loss of attractiveness.

GDP rankings are so entrenched in our psyche, and the word degrowth can depict a sense of returning to a world of abject poverty. But Kallis insists economies can still function well despite less emphasis on huge profits.

Dorling told DW he wrote the book because he believes in our ability to adjust, and said people should welcome the slowdown.

"Things always appear far harder than they are, but we became used to lockdown very quickly, and within a year, we'll adapt to slower growth."

The agency has warned of the risk of 1970s-style stagflation persisting in the coming years amid soaring commodity prices and low growth. Developing countries are expected to be some of the worst hit.