The Asian island state has fully vaccinated 80% of its population. Elsewhere, Japan is struggling to keep its inoculation campaign on track after tainted Moderna vaccines. All the latest with DW. 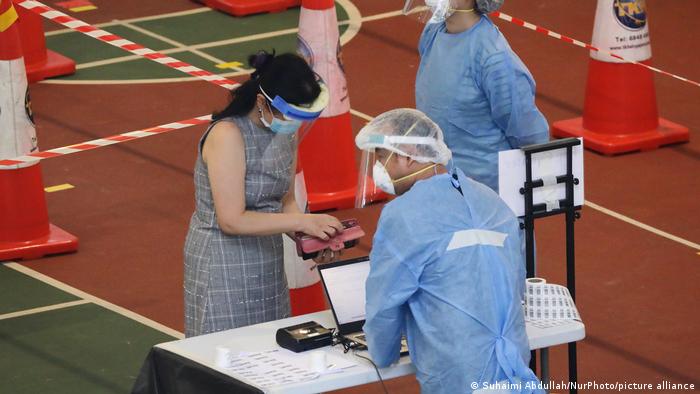 Singapore has fully vaccinated 80% of its population against the coronavirus, the health minister said on Sunday.

This makes it globally the most inoculated country, as several parts of the world struggle to control the spread of the highly infectious delta variant.

"We have crossed another milestone, where 80% of our population has received their full regimen of two doses," Ong Ye Kung said in a post on social media.

"It means Singapore has taken another step forward in making ourselves more resilient to COVID-19," he added. "It is the result of the collective effort of many people working behind the scenes, and the people of Singapore coming forward to take care of themselves and the people around them."

With most of its 5.7 million people vaccinated, Singapore now has the world's highest rate of complete vaccinations. The small city-state is on track to ease coronavirus-linked restrictions.

Ask Derrick: What factors make up a vaccine immune response?

Japan is looking to fully vaccinate its population by October or November, according to Taro Kono, the minister in charge of the country’s vaccine rollout. He also promised booster shots for medical workers and the elderly early next year.

"Japan is aiming for 80% vaccination levels," Kono said on a Fuji TV show.

This comes as Japan struggles with contamination in certain lots of Moderna COVID-19 vaccines, which have been linked to the deaths of two people in the country.

Inoculations at a large-scale vaccination center in the Okinawa prefecture were suspended on Sunday after contaminants were found in a lot that was different from shots suspended earlier. 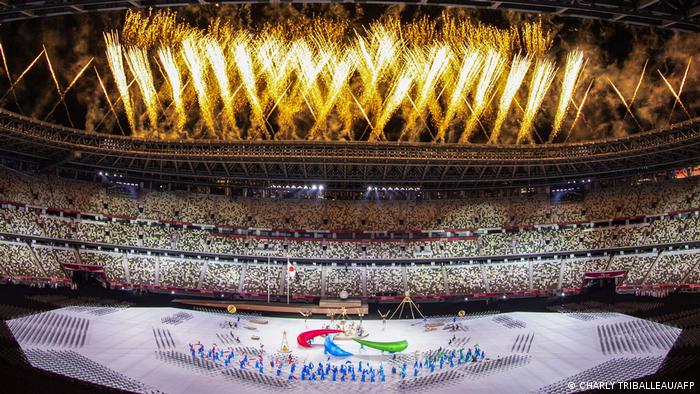 Israel is allowing all citizens over the age of 12 to receive a third dose of the vaccine against the coronavirus, Prime Minister Naftali Bennett has said.

The previous age limit for the booster vaccination was 30, and at least five months must have passed since the second jab.

Two million Israelis out of a total of more than 9 million have already received a third vaccination dose, Bennett said.

"There are already results: The increase in severe morbidity has begun to slow," he added.

Australia’s second-biggest city Melbourne is extending its four-week virus-linked lockdown in order to quell the spread of the delta variant.

New Zealand's Prime Minister Jacinda Ardern said her country may need to make changes in managing the outbreak, as 83 new cases of the delta variant were recorded nationwide on Sunday.

"If we need to tighten up our restrictions further, we will," she told a televised briefing days after lockdown was extended until midnight on Tuesday.

While restrictions were to ease in parts of the country, Auckland — the epicenter of new infections — would remain locked down for longer.

Germany has reported 8,416 new cases of the virus, taking the country’s total tally to 3,932,547, according to data from the Robert Koch Institute for infectious diseases. Twelve deaths were recorded in the latest one-day period.

The new numbers were reported a day after several thousand demonstrators gathered in Berlin to protest the German government's coronavirus policies, despite protest restrictions.

Infectious disease expert Anthony Fauci has said the United States is sticking with its recommendation for Americans to get COVID-19 booster shots eight months after receiving the vaccine, but will be open to changes based on evolving data.

Fauci said there's "no doubt" in his mind that people will need to get an extra shot after they have received the two-dose Pfizer or Moderna vaccine, given the delta variant.

Caleb Wallace, a Texas man who led efforts in his community against coronavirus measures such as mask-wearing, died from COVID-19 on Saturday.

The 30-year-old was admitted to a hospital emergency room on July 30. Since August 8, he had been unconscious and on a ventilator.

His wife Jessica Wallace told local media that he began experiencing COVID-19 symptoms on July 26, but refused to get tested or go to the hospital. Instead, Wallace took high doses of Vitamin C, zinc aspirin and ivermectin, an anti-parasitic medicine intended for farm animals.

Just about 50% of male players at the US Open have been vaccinated, an ATP spokesperson said, adding that the men's tour "continues to strongly recommend vaccination to players." The spokesperson cited similar numbers for the women's tour.

While spectators at the US Open are required to have at least one shot of the COVID-19 vaccine, players and their team members do not need to be vaccinated.

Coronavirus digest: Long COVID can persist for more than a year, study reveals

Patients who had been hospitalized for coronavirus reported symptoms more than a year later, according to a new study. Meanwhile, New Zealand has extended a nationwide lockdown. Follow DW for more.