Germany will return to normal pre-pandemic life next year, according to Health Minister Jens Spahn. The WHO has recorded a decline in infections and deaths globally. All the latest with DW. 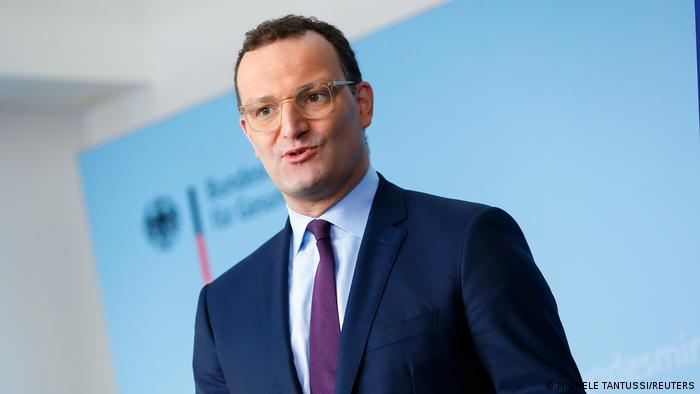 Spahn has defended the German government's response to the pandemic

German Health Minister Jens Spahn believes Germany will overcome the pandemic by spring of next year.

"If no new virus variant emerges that vaccination does not protect against, which is very unlikely, then we will have overcome the pandemic in the spring and can return to normality," Spahn told the Augsburger Allgemeine newspaper in an interview published Wednesday.

He said that he believes herd immunity will always be achieved in the long run. He said those who do not get vaccinated will have a high chance of getting sick from the virus.

The minister also said that vaccination is "the safer way" to reach herd immunity and called on Germans to get the jab. He added that the current vaccination rate in was not high enough to lift restrictions in the country.

The World Health Organization has reported a decline in the number of weekly infections and deaths around the world on Wednesday with over 3.6 million cases and just under 60,000 deaths reported between September 13 and 19.

While the US, India, Britain and Turkey reported the highest number of cases, a significant drop was seen in the eastern Mediterranean and South East Asia. Globally, deaths fell by 7% compared to the previous week.

Brazil's Health Minister Marcelo Queiroga has tested positive for the virus after attending the UN General Assembly in New York. He was the second member of President Jair Bolsonaro's entourage to test positive since arriving in the US.

"The other members of the delegation have been tested and are negative," said a government press release. The 55-year-old health minister had received one shot of the vaccine and will remain in the US until he completes a period of isolation.

Panama is set to offer a third dose of the vaccine to moderate and severely immunocompromised people this week, Health Minister Luis Sucre announced on Tuesday.

Other Latin American countries, including Ecuador and Chile, are already offering booster shots to people at risk.

US President Joe Biden is set to host a virtual vaccine summit on Wednesday to push other well-off countries to do more to get the coronavirus pandemic under control across the world. This comes as world leaders and health groups sound the alarm about global vaccine inequity. 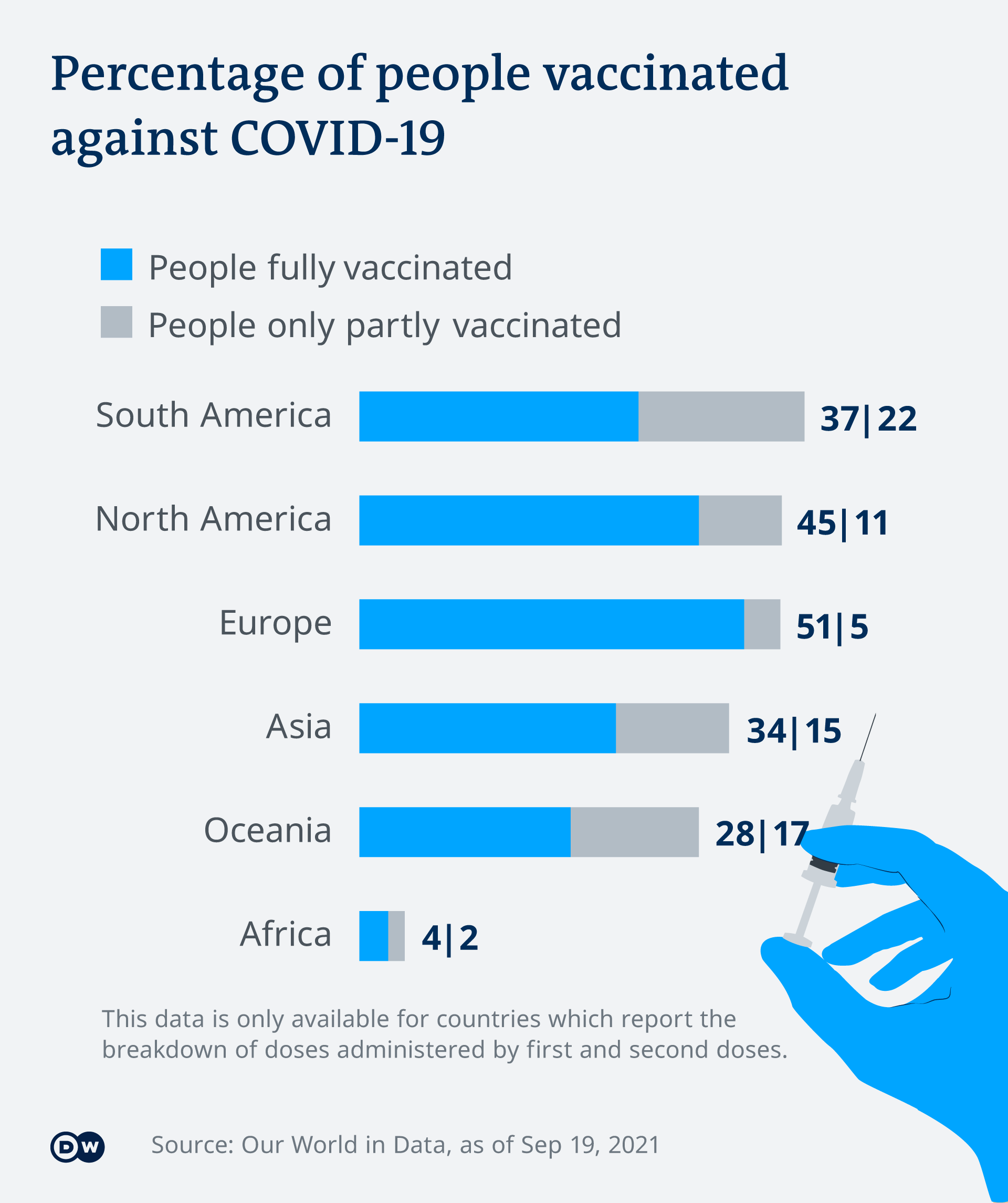 The summit coincides with this week’s United Nations General Assembly, where climate change and COVID-19 dominate the conversation.

According to reports, Biden will use the summit to announce the purchase of another 500 million vaccines to share with other countries and call upon other rich nations to take similar measures to vaccinate 70% of the world's population by September 2022.

China is delivering COVID-19 vaccines to the military junta in Myanmar as well as rebel groups who are fighting the junta after the country was plunged into political upheaval with the ousting of civilian leader Aung San Suu Kyi earlier this year.

As the junta seems unable to halt the spread of the virus, China has shipped thousands of vaccines, medical workers, and construction materials for quarantine centers to multiple rebel groups operating out of its southern neighbor.

The city of Harbin in northeastern China has seen a rise in infections after the first case of community transmission was reported a day earlier. Chinese authorities have sent health officials to prevent the situation from spiraling into a coronavirus outbreak.

India is set to offer vaccinations to all children over the age of 12 with its pharmaceutical company Cadila Healthcare expected to launch its ZyCoV-D product next month, Reuters has reported. The world's first DNA-based COVID-19 vaccine is the only one approved for children in the country.

It was granted emergency authorization from Indian regulators last month. Zydus Cadila will produce 10 million doses a month from October.

Authorities in New Zealand say the country may not be able to get back to having zero coronavirus cases in the community as it struggles to deal with a spread of the highly infectious delta variant.

"We may not get back to zero but the important thing is we are going to keep finding any infections and basically continue to contact trace, test and isolate people so that we stop the virus circulating in the community... that's the aim," Ashley Bloomfield, the director-general of health said on Radio New Zealand.

After six months of no cases, the country reported an outbreak last month. Authorities say ramping up vaccinations is a major goal now.

Germany has recorded 10,454 new COVID-19 infections, taking the country’s total tally to 4,160,970, according to data from the Robert Koch Institute for infectious diseases. With 71 deaths reported, the fatalities have risen to 93,123.

Meanwhile, Germany has also announced that, from November 1, it will put a halt to sick pay for unvaccinated people who have to go into quarantine because of COVID-19.

Previously, Germans could claim for lost income because they had to quarantine after returning from abroad or coming into contact with a positive case.

England's Chief Medical Officer Chris Whitty said on Wednesday that transmission of the coronavirus was currently more prevalent in the 12- to 15-year-old age group than any other, and that almost all unvaccinated children would get infected at some point.