Coronavirus digest: Europe 'back at epicenter,' says WHO

The WHO Europe chief says that relaxed prevention measures and low vaccination rates in some areas explain the latest surge. Meanwhile, Ukraine's vaccination drive has been met with protests. DW has the latest. 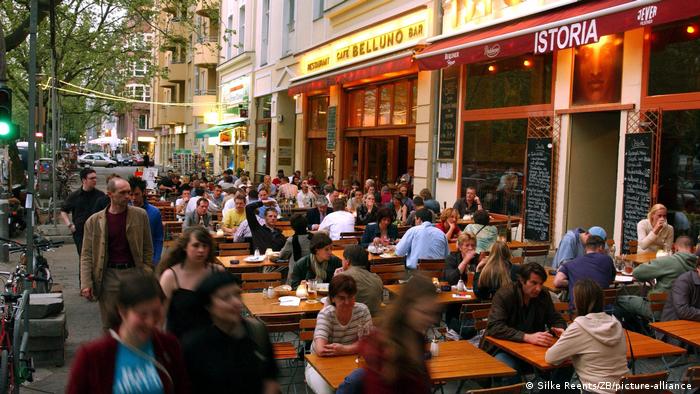 The head of the World Health Organization's regional Europe office warned on Thursday, "Europe is back at the epicenter of the pandemic, where we were one year ago."

The pace of transmission in the 53-country region in Europe and Central Asia covered by WHO Europe is of "grave concern," Hans Kluge told reporters from WHO Europe headquarters in Copenhagen, Denmark.

"We are at another critical point of pandemic resurgence,'' Kluge said.

Kluge said hospitalization rates due to COVID-19 in the 53-country region more than doubled over the last week. If that trajectory continues, the region could see another 500,000 pandemic deaths by February, he said.

But he outlined that there were positive differences now, such as health authorities knowing more about the virus as well as having better tools to combat it.

Kluge called for a switch to more preventative tactics to combat the virus, instead of "reacting to surges of COVID-19."

Germany reported a record 33,949 new daily cases on Thursday, according to the latest data from Robert Koch Institute, the country's public health body. Germany appears to be entering the fourth wave of the pandemic, Health Minister Jens Spahn warned on Wednesday.

With nearly 6% of school-aged children in the UK testing positive for COVID during the middle of October, scientists conducting a study to determine COVID prevalence in the country say those levels rose to a record high during October.

Researchers at Imperial College London also added that COVID rates had doubled in older groups last month as compared to September. While the UK's cases have persisted over 30,000 a day since September, vaccines have driven deaths from COVID down significantly.

Austria has announced new measures to stop the spread of the disease. Starting next week in Vienna, only people who have been vaccinated against the coronavirus or recovered from an infection will be allowed to visit the city's bars and salons.

Vienna's mayor Michael Ludwig also said that only people who can prove vaccination or recovery will be allowed to gather in groups of 25 or more.

National and regional leaders are due to meet on Friday to discuss a uniform approach to tackling the virus.

The landlocked European country is taking these measures after it suffered another steep 24-hour jump in coronavirus cases to over 8,500, by far its highest level for the year.

Ukraine exceeded more than 3 million COVID cases on Thursday, the Ukrainian Health Ministry announced. More than 70,000 people have died of the virus since the beginning of the pandemic.

The country also registered a record daily high of 27,377 new coronavirus infections over the past 24 hours. The government has imposed tough restrictions to curb the virus' spread, but have faced pushback from Ukrainians.

Hungary reported a jump in daily COVID infections to 6,268 on Thursday, with the daily tally more than doubling from the middle of last week, the government said. Only 5.74 million people of 10 million people are fully vaccinated in the country, below the European Union average. Hungary has recorded 31,101 deaths since the start of the pandemic.

Latvia has passed a law allowing for workers who have not been vaccinated to be fired or transferred to remote work, if possible. Latvia is currently battling a massive surge in cases and has imposed a lockdown as hospitals are stretched beyond capacity with COVID-19 patients.

China is on high alert at its ports of entry as it enforces strict travel policies to keep COVID risks at bay, given that Beijing is less than 100 days away from the start of Winter Olympics. The National Immigration Administration said Thursday it would continue to guide citizens not to travel abroad for non-essential reasons.

Turkey will begin administering boosters to people who have received two shots of the BioNTech-Pfizer vaccine, Health Minister Fahrettin Koca said on Wednesday.

Turkey has already administered a third dose to more than 11.2 million people who received two doses of the vaccine developed by China's Sinovac, whose efficacy rates fall faster, officials believe.

Top officials from the EU and Ukraine are getting together to discuss the situation in eastern Ukraine, as well as how to strengthen economic and political ties.

Business owners are angry at new coronavirus restrictions that will hit them hard. Some clashed with officers in the capital city, Kyiv.

How do Ukrainians feel about delays in joining the EU?