Ukraine: Dozens of police hurt in anti-lockdown protests | News and current affairs from Germany and around the world | DW | 15.12.2020

Business owners are angry at new coronavirus restrictions that will hit them hard. Some clashed with officers in the capital city, Kyiv. 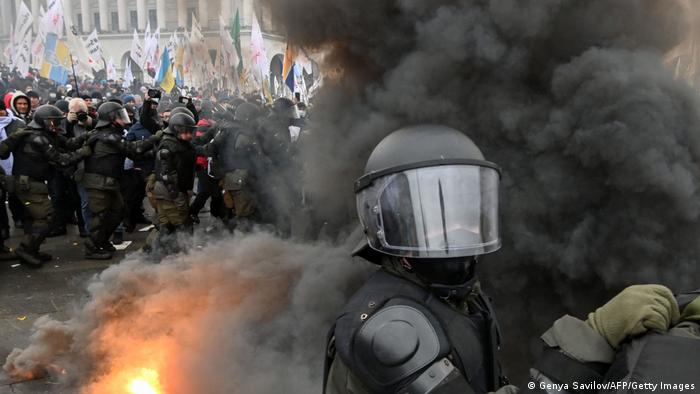 Around 40 police officers were injured during clashes with anti-lockdown protesters in Ukraine's capital Kyiv on Tuesday, police said in a statement.

Non-essential business, gyms and schools will have to close from January 8 in a bid to curb the spread of the pandemic. The restrictions will remain in place until January 24.

Small business owners and entrepreneurs, who these measures will impact, were among those demonstrating. They want lawmakers to approve tax cuts for owners of small- and medium-sized businesses, Radio Free Europe (RFE) reported. 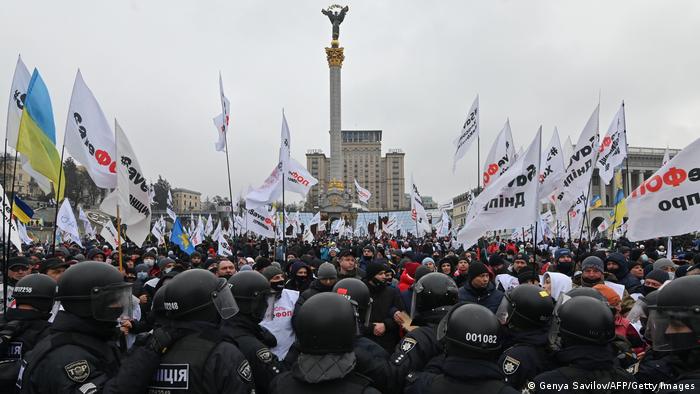 Entrepreneurs and small businesses' owners want an end to government-imposed coronavirus restrictions that will impact them.

The clashes took place when protesters attempted to put up tents on the square but were stopped by the police, reported news agency AFP.

According to the police statement, the injured officers suffered chemical injuries to their eyes after protesters fired gas canisters at them.

One policeman sustained an injury to his head, according to the police statement.

There have been no official figures on injuries among the protesters. But an AFP journalist reported seeing ambulances had headed towards the square and one injured activist being carried away from the crowd. 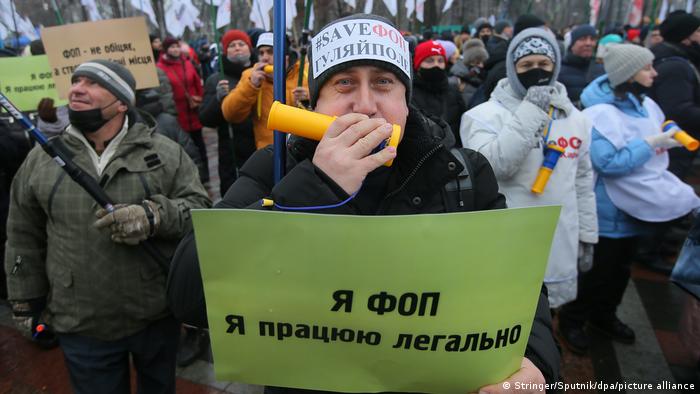 Despite police efforts, the protesters managed to set up several tents at the site, according to RFE correspondents

Ukraine has reported more than 909,000 coronavirus infections since the start of the pandemic, with around 15,000 fatalities.

Economies across the world have been heavily impacted by measures implemented by governments in a bid to slow the spread of the virus.