Beijing aims to fully inoculate 40% of its 1.4 billion people by the end of June. Meanwhile, Indians are enjoying newfound freedoms as COVID curbs are eased, but experts are still worried. Follow DW for the latest. 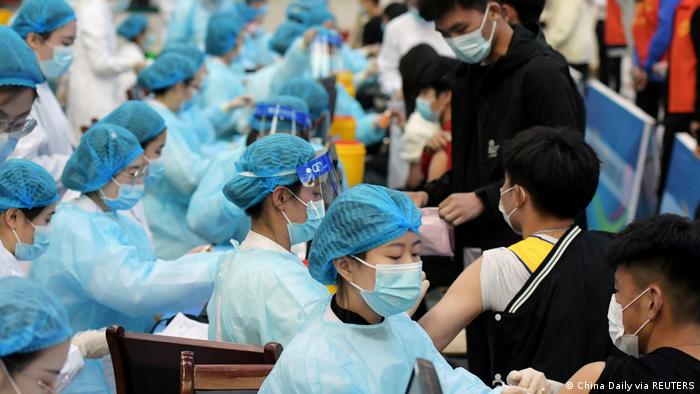 China has administered more than a billion doses of coronavirus vaccines, the country’s health authority said on Sunday. This figure accounts for more than a third of the shots given across the world.

While it remains unclear what percentage of the country’s nearly 1.4 billion people have been inoculated, authorities have set a target of fully vaccinating 40% of the population by the end of June.

China’s one billion doses landmark was crossed soon after the 2.5 billion milestone was surpassed globally on Friday.

After a shaky start to its inoculation campaign, China is pushing for a more aggressive vaccination strategy. Different measures, like free vaccines or special perks, have been ordered to encourage more residents to take the shot.

Some residents have received shopping coupons in Beijing, while authorities in the central Anhui province have given free eggs as part of the vaccination drive.

The Philippines has secured its largest coronavirus vaccine order yet. The government signed a deal for 40 million doses of the BioNTech-Pfizer jab. Deliveries are due to arrive in September. The government hopes to vaccinate up to 70 million out of its 110-million population this year.

Shopping malls and markets across India's capital, New Delhi, saw large crowds over the weekend as the country registered its lowest daily rise in coronavirus cases in nearly three months.

The scenes were a contrast to April and May when coronavirus cases went through the roof and hospitals in the city ran short of oxygen to treat seriously ill COVID patients.

However, doctors have warned that India could be pushed towards another devastating third wave of the virus if residents let their guard down. 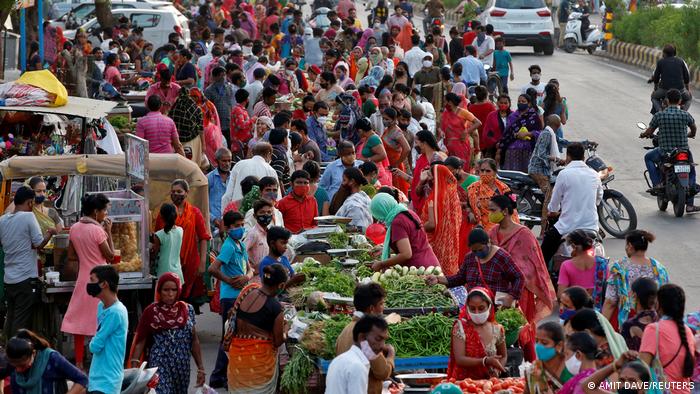 A member of the Olympic team from Uganda has tested positive upon arrival at Japan's Narita International Airport, the first coronavirus case among athletes arriving for the Tokyo Olympics next month.

While foreign spectators have been banned from the stadiums, organizers are set to decide whether domestic spectators will be allowed.

According to a poll from Jiji news, if the Games are held, 64% of the public want them without spectators.

South Korea is set to relax social distancing rules from July 1, allowing gatherings of up to six people, up from four, and letting restaurants, cafes and night-life venues stay open until midnight.

The country has inoculated 29.2% of its population and is on track to meet the 70% target by September.

"The new social distancing system is an effort to find a balance between quarantine and daily life recovery amid the prolonged COVID-19 pandemic," said Health Minister Kwon Deok-cheol.

Masks are now required indoors and outdoors in the Binyamina area south of Haifa and in Modiin-Makkabim-Reut. Forty-five students tested positive in a school in Binyamina, and around a dozen new cases have been reported in Modiin, between Tel Aviv and Jerusalem.

The United States will send 2.5 million doses of the Moderna coronavirus vaccine to Taiwan, three times higher than an earlier pledge. The shipment, which will arrive later Sunday, is seen as a public health and geopolitical message.

"The donation reflects our commitment to Taiwan as a trusted friend, and a member of the international family of democracies," the American Institute in Taiwan, the de facto US embassy, said on social media.

The rich get richer during the coronavirus pandemic

In Berlin, supporters of the city's infamous nightclub scene staged a protest calling for more freedom to party.

Accompanied by by bass and booming beats, protesters floated on boats down a canal that winds through Berlin's well-known club districts, Kreuzberg and Neukölln.

The protest was also in opposition to the city's monthslong "dance ban" that has barred indoor dancing events. Starting on Friday, clubs in the German capital could once again stage parties outside.

Organizers argued that clubs have been left behind while restrictions were rolled back for bars and restaurants. 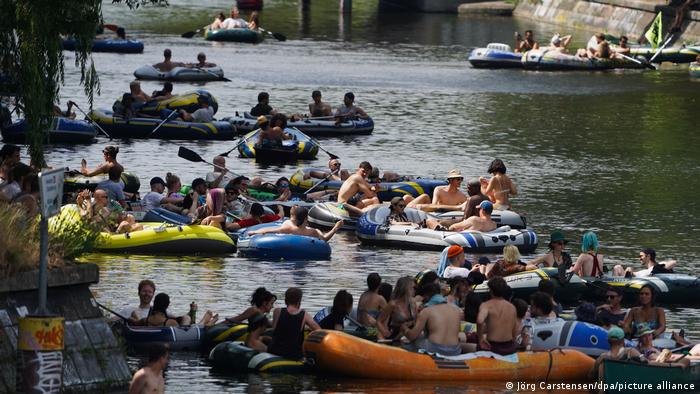 Meanwhile, the German government is reportedly planning to introduce special FFP2 medical masks for children. "One of the lessons of the pandemic is that we need to develop standards for infection protection masks that are specifically for children," a Health Ministry spokesperson told the newspapers of the Funke media group.

While case numbers in Germany have been trending down, experts have expressed increasing alarm about the threat posed by the delta variant. The German economic research institute Ifo described the variant on Sunday as a "serious danger for the German economy.

Portugal is experiencing a rise in COVID cases, with officials now reporting that the more infectious delta variant is behind the spike.

Over 60% of new infections in the capital Lisbon involve the delta variant, according to official data reported by Portuguese media. The city is currently under a multi-day lockdown that is due to lift on Monday.

Sunday saw the end of France's monthslong nightly curfew — which was lifted two weeks earlier than planned. The 11:00 p.m. curfew was unpopular among some youths, with police and partygoers clashing over the weekend at an unauthorized rave.

The decision to lift the curfew came the same day as regional elections in the country and as France scrapped a requirement to wear masks outside.

In Britain, airlines and holiday companies are planning a "day of action" next week to ramp up pressure on the government to ease travel restrictions.

The travel sector is concerned that strict quarantine requirements could remain in place over the summer for returnees from many tourism hotspots and also deter travelers to the UK.

Pilots, cabin crew and travel agents will gather in Westminster, central London, and at airports across Britain on Wednesday to try to drum up support.

The UK's aviation industry has been harder hit by the pandemic than its European peers, according to data published by pilots trade union BALPA on Sunday. It showed daily arrivals and departures into the UK were down 73% on an average day earlier this month compared to before the pandemic. Spain, Greece and France were down less than 60%.