Several nations around the world are developing smartphone apps to alert people if they met someone infected by the coronavirus. But EU lawmaker Patrick Breyer told DW the apps are inaccurate and could cause panic. 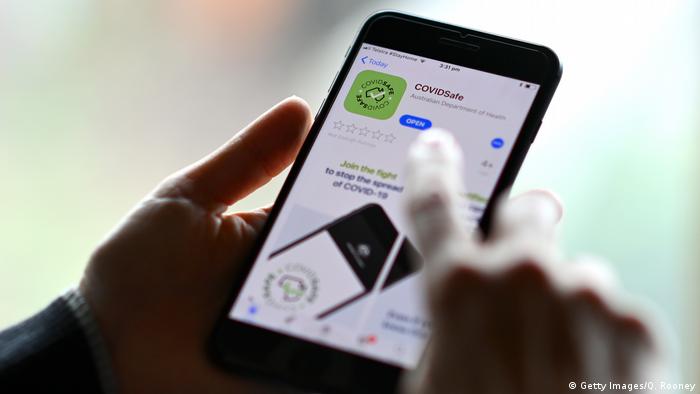 DW: Around the world, and in the European Union, developers are programming mobile phone apps that will inform people if they were near someone who tested positive for COVID-19. As a lawmaker and data protection advocate in the Pirate Party in the European Parliament, what's your view of such apps?

Patrick Breyer: These "tracing apps" are less effective in containing infections than human tracing because many people do not use these apps at all. It is completely illusory to assume that 60% or more of the population would use such an app. In Singapore, which has experience with tracing apps, only 20% of the population has downloaded it, in Austria only 5%. That makes the app's usefulness highly questionable. And it also poses very clear threats to privacy and our fundamental rights. 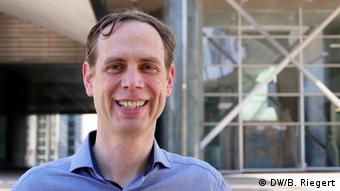 Around 60% of people would have to use the tracing app for the results to be relevant. If there are not that many, would it not be necessary to advertise this app?

If people really knew what the dangers of this app were, I think they would be much more careful before they installed it. It starts with the manufacturers of the phone operating systems: Apple and Google. They're changing the operating systems of all smartphones to make [contact tracing] possible. Nobody knows exactly what they're changing because they don't let anyone look into it by saying it is a trade secret.

The apps are not at all standardized across the EU. Several countries, such as France, for example, want to collect contact data on central government servers, not decentralized servers. Many countries are thinking about making these apps mandatory. This means that if you want to travel, if you want to go to restaurants, then you would be forced to use such an app. That's not voluntary any more.

The EU Commission, however, insists on voluntary use and decentralized storage. You mentioned countries in Asia. That is where the apps are used. Don't you think that will have an effect?

I don't think that China is a role model. There is an authoritarian regime there that abuses this technology to monitor the population, to put people in prison and to oppress minorities. What we need in this crisis is sufficient protective equipment and sufficient treatment capacity. We also need sufficient testing. That is something that is often lacking. We need vaccines to be made available. And we need to prepare for future pandemics. That is what has been lacking here. Designing new technology will not help us overcome these shortcomings.

Can a tracking app get us back to normal?

Privacy or movement? Can a coronavirus tracking app help get life back to normal?

If the app is used, a newly infected person would have to notify the app so that his or her contacts of the last two or three weeks would be alerted. The infected person would then send hundreds of people into quarantine. Do you think that the people concerned would really set off that alarm?

With this app, there is a very high probability that you will be falsely notified. This means that there was no risk of infection for you. You might have simply lived near with someone who is infected, talked to someone through a pane of glass, sat back to back with someone. In all those cases, the app would report contact. I think it would report many false positives. That's why studies show that human phone tracing of contacts, as it's currently done, is much more effective. If only because very few people actually use the app and many actual contacts would not be registered at all.

Could electronic reporting be combined with the human coronavirus tracing to be able to follow infection chains with less effort?

These apps could be intended as a measure to save on personnel. Where personnel would actually be necessary, people want to go the cheap way. The risk, however, is sending out lots of false notifications, which can unsettle people and perhaps even cause them to panic. Another danger is that people get used to being constantly recorded and monitored. The danger is that this data can be used by the police and intelligence services to enforce quarantines — as is done in some countries. Bluetooth technology could be used to track us in shops through so-called "offline tracking." This is what these signals make possible.

Many people say they don't care about data protection if it means preventing coronavirus infections. With all the data phones record about us, from our sleep patterns to shopping and health, is data privacy really still relevant?

There is no evidence that such an app would have made a decisive contribution to curbing infections. On the contrary, a British study shows that human tracking of infection contacts is much more effective in protecting against infection. I believe that when it comes to our health, we must not cut costs, but pay for the staff needed to protect people.

Patrick Breyer, 43, has been a member of the European Parliament since 2019. He is one of four MEPs from the Pirate Party, a political party that deals mainly with civil rights, digitization and data protection. He is a lawyer and was previously a district court judge and a member of the state parliament in the German state of Schleswig-Holstein.

Tracing apps, website blocking, and Internet shutdowns: During the Covid-19 crisis digital rights are under threat. Once in place, state measures to control Covid-19 risk being here to stay. (15.05.2020)

Scientists at the University of Cape Town have developed a coronavirus tracing app for emerging markets — designed to help prevent the spread of COVID-19. However, implementing the app has been proving difficult. (15.05.2020)