A temporary basic income for more than 2.5 billion of the world's poorest people is "desperately needed" as infection rates spike in developing countries, said the UN Development Program. 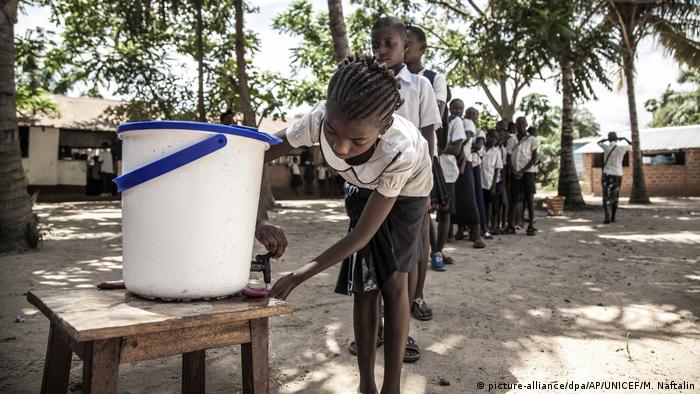 Nearly 3 billion of the world's poorest should receive a temporary basic income that could help slow the spread of the coronavirus by allowing them to stay home, said the United Nations Development Program (UNDP) in a report on Thursday.

The basic income would help 2.7 billion people in 132 countries, the UNDP recommended.

Funding of $199 billion per month would be needed to provide the "means to buy food and pay for health and education expenses," the report stated.

Amid rising infection numbers in developing countries, measures to protect vulnerable populations were "urgently needed," according to the report.

Millions in such countries work in the informal economy with little access to government welfare or other support, meaning they are unable to follow stay-at-home guidelines that could slow the virus spread.

Read more:  Just how helpful is the IMF's debt relief?

How would the coronavirus 'basic income' work?

The report suggests three options for getting funds to people who need it. It could take the form of top-ups on existing average incomes or lump-sum transfers linked to differences in living standards across a country. Governments could also provide uniform lump sum transfers regardless of where someone lives in a country.

The UNDP claimed that countries could pay for a temporary basic income by repurposing billions of dollars that would have been spent repaying debts, albeit without addressing how creditors might react to that or exploring what effects national defaults might have on poor people in those countries.

In April, leaders of major economies known as the G20 agreed on a suspension of debt service payments for the world's poorest countries until the end of the year to help them deal with the coronavirus pandemic. Whether this moratorium would actually plug the $199 billion monthly hole — and whether governments might incur other unplanned costs amid the pandemic — was rather less clear.

The UN has previously warned that the pandemic and associated recession could see an increase in poverty worldwide for the first time since 1990 and push 265 million people to the brink of starvation.

The intergovernmental organization cautioned the virus could kill 1.67 million people in 30 low-income countries.