The 2011 Nobel Prize for Chemistry was awarded to Israeli chemist Daniel Shechtman, whose discoveries were intensely questioned before revolutionizing the way scientists conceive of solid matter. 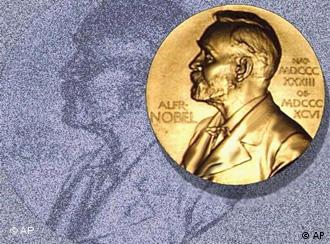 On Wednesday morning, the Royal Swedish Academy of Sciences announced that Daniel Shechtman of the Israel Institute of Technology, Haifa in Israel received this year's Nobel Prize for Chemistry. 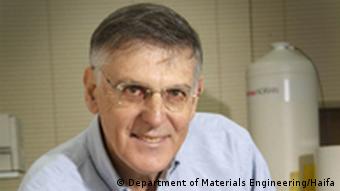 Shechtman received the award for research he did in 1982

"In quasicrystals, we find the fascinating mosaics of the Arabic world reproduced at the level of atoms: regular patterns that never repeat themselves," the jury added.

In all solid matter, atoms were believed to be packed inside crystals in symmetrical patterns that were periodically repeated. For scientists, this repetition was required in order to obtain a crystal.

Using an electron microscope, Shechtman studied the structure of mix of aluminum and manganese that he had quickly cooled. Expecting to see disorder, the chemist found concentric circles, each made of 10 bright dots the same distance from each other.

While four or six dots in the circles would have been imaginable, that there were 10 ran contrary to establish solid science of the day, leading him to write "10 Fold???" in his notebook.

Shechtman's work showed that atoms in crystal were packed in a pattern that could not be repeated. His discovery was extremely controversial, the jury said. In the course of defending his findings, he was asked to leave his research group, but his battle eventually forced scientists to reconsider their conception of the very nature of matter.

Following Shechtman's discovery, scientists have produced other kinds of quasicrystals in the lab and discovered naturally occurring quasicrystals in mineral samples from a Russian river. A Swedish company has also found quasicrystals in a certain form of steel, where the crystals reinforce the material like armor.

Scientists are currently experimenting with using quasicrystals in different products such as frying pans and diesel engines.

In 1992, the International Union of Crystallography changed its definition of what makes up a crystal because of Shechtman's research.

The prize of 10 million Swedish crowns ($1.45 million, 1.08 million euros) was the third of this year's Nobel prizes, following awards for medicine and for physics.

Kjell Espmark, a member of the Nobel Committee for Literature, tells DW how the Nobel Prize keeps up its search for fresh - and surprising - winners. (04.10.2011)

A trio of immunologists has won the 2011 Nobel Prize for Medicine for revolutionizing understanding of the human immune system. One of the recipients, Ralph Steinman, passed away days before the announcement. (03.10.2011)