Kjell Espmark, a member of the Nobel Committee for Literature, tells DW how the Nobel Prize keeps up its search for fresh - and surprising - winners. 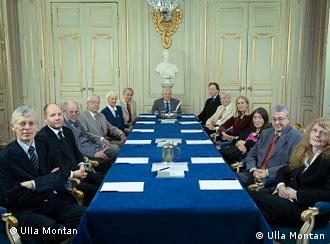 Five members of the Swedish Academy select the winner

Very few know that Kjell Espmark - a modest, reserved man - is Sweden's literature expert par excellence. During his tenure as a professor, Espmark has breathed fresh life into Swedish literary scholarship. But what may be his most important contribution to literature takes place behind closed doors:

For 17 years Espmark chaired the Nobel Committee for Literature, of which he is still a member. Each year the Committee, made up of five Swedish Academy members, is tasked with selecting five potential candidates from a pool of about 400 nominees.

The nominations come from former Nobel laureates, writers' associations and various literary institutions. For Espmark the process has positives and negatives:

"An advantage is that experts from the whole world can make suggestions. A disadvantage is that in many countries generally only the oldest [writers] are named. To find the younger writers, we've developed a system of espionage." 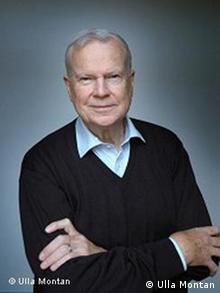 The "espionage" refers to the translations that the Swedish Academy regularly commissions from around the world in order to keep up-to-date on global literary developments.

Espmark adds that he thinks it's good that Sweden, the country that bestows the Nobel prize, is one where translation is highly valued.

"In France or England the horizons are just not as broad. In a small country like Sweden, you always have to keep your window open. Here, 50 percent of the literature published is in translation."

In 1896 when Alfred Nobel left the prize endowment in his will, the Swedish Academy was not so open-minded. On the contrary, the group comprised rather nationalistic nobles who often had little literary education.

Nobel's intention was for the prize to honor "ideally outstanding" literature. At the time the Academy interpreted the criterion "ideal" in relation to the religious, national and family values expressed by authors. 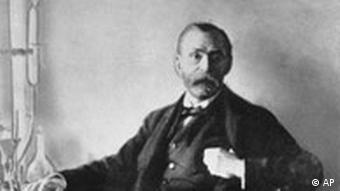 Nobel was a chemist credited with inventing dynamite

That all changed in the 1930s, Espmark recounts: "Then the Academy chose authors like Sinclair Louis and Paul Bac because they wrote bestsellers."

"After World War II, however, they favored forward thinkers like Hermann Hesse, Andre Gide, T.S. Eliot and William Faulkner – and then in the 70s it was about shedding light on unknown masters."

Since the 1990s, there's been a shift toward literature that provides contemporary accounts, such as the work of Imre Kertesz, V.S. Naipaul, Günter Grass and Herta Müller.

The constant changes call into question what criteria the Committee is currently using to determine "ideal" literature. However, the answer can only be deduced after the fact, as the Academy's logs are kept under wraps for 40 years.

Kjell Espmark won't say if there are new criteria. "But what is important," he says, "is changing the criteria so that the decision remains unpredictable."

This year's Nobel Prize for Literature will be awarded on Thursday, October 6.

The German Book Prize jury has announced its shortlist of the year's six best German language novels including two books by first-time authors. (14.09.2011)

The revolts in the Arab world have inspired a body of works that try to elucidate the events. Some writers have focused on the protests; others are pondering the future role of art and literature in the region. (13.09.2011)