The 1998 finding has revolutionized the study of cosmology and highlighted the need for more research into dark energy, a mysterious expansionary force. 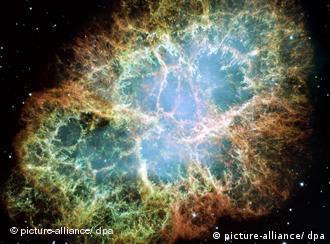 On Tuesday morning, Saul Perlmutter and Adam Riess of the United States and Brian Schmidt, an Australian-American, were jointly awarded the prestigious Nobel Prize for Physics.

"They have studied several dozen exploding stars, called supernovae, and discovered that the universe is expanding at an ever-accelerating rate," the Nobel Prize jury said in a statement.

Since the 1920s, researchers have known that the universe is expanding as a result of the Big Bang around 14 billion years ago.

But, the Nobel Prize winners' "research on the accelerated of the universe is a milestone," the committee said at the press conference in Stockholm, adding that the 1998 discovery of the acceleration came as complete surprise to the scientific community.

"If the expansion continues to speed up, the universe will end in ice," the committee wrote.

Jury members noted that the scientists' work in researching distant, exploding stars has helped to unveil a universe largely unknown to science. Rather than becoming brighter, the stars' light was fading, the committee explained in a statement.

"The surprising conclusion was that the expansion of the universe is not slowing down. Quite to the contrary, it is accelerating," the committee said. 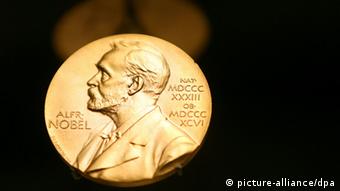 The Nobel Prize is one of the world's top scientific prizes

Cosmologists believe that dark energy - a kind of inverse gravity which repels matter that approaches it - is propelling the acceleration. Scientists estimate that three-quarters of the universe is composed of this mysterious type of energy.

Perlmutter is to receive half of the 10 million Swedish crowns ($1.5 million) in prize money, while Schmidt and Riess are to share the other half.

Perlmutter directs the Supernova Cosmology Project at the University of California, Berkeley, in the United States, while Brian Riess is a researcher at Johns Hopkins University and Space Telescope Science Institute in Baltimore, Maryland.

He told the Associated Press he was just sitting down to have dinner with his family in Canberra when the phone call came from the academy.

"I was somewhat suspicious when the Swedish voice came on," Schmidt said. "My knees sort of went weak and I had to walk around and sort my senses out."

Two scientists at the University of Manchester share the prize of over one million euros for their extraordinary work on experimenting with graphene, the thinnest and strongest material known. (05.10.2010)