Considered, deported and forgotten | Germany | News and in-depth reporting from Berlin and beyond | DW | 27.09.2013

German asylum procedures specify that the authorities are only permitted to deport refugees to a so-called "safe" third country. But trying to determine what exactly is safe is not necessarily easy. 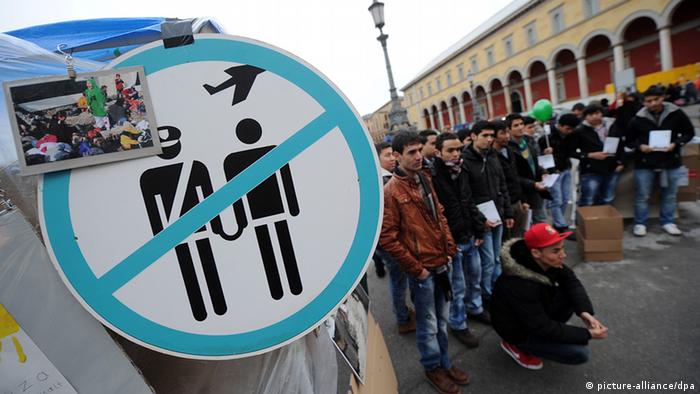 The police picked up Anuar Naso and his family in the Lower Saxon town of Giessen in the early morning hours. The 15-year-old and his father were deported to Syria, where the two Yezidic Kurds were jailed in Damascus. Anuar was kept in prison for a month and three days. "I was detained and I was tortured," the young man told Deutsche Welle.

Anuar Naso and his father were deported on February1, 2011, although Germany's foreign ministry has for years pointed out the problematic human rights situation in Syria. According to reports, beginning in the fall of 2009, refugees deported to Syria were immediately detained there in several cases.

Out of sight, out of mind?

Thousands of refugees are deported from Germany every year. According to the federal interior ministry, 6,632 people have been deported so far in 2013. Like Anuar and his father, they are sometimes picked up in the middle of the night and taken to the airport. 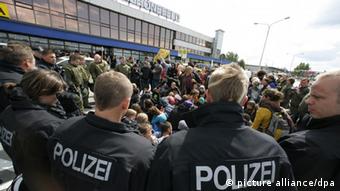 Most deportations are quite unspectacular, but too many end in a human tragedy, Bernd Mesovic of the Pro Asyl human rights organization said, adding that the German authorities do not take a closer look at the situation in the individual countries.

The interior ministry in Berlin does not share this assessment. "We closely monitor the situation in the countries of destination," a spokeswoman said, and explained that the ministry bases its evaluations on analyses by the Federal Office for Migration and Refugees as well as situational reports from the foreign ministry.

Bernd Mesovic, however, criticizes that as a rule, no one sees to the fate of the refugees once they have been deported. The German side does not feel committed, from a human rights point of view, to follow up on the cases, he said. "The idea is to send the citizens of a certain state back to their native country, which then takes care of them."

While the interior ministry conceded that there have been retroactive checks in a few cases in the past, the spokeswoman pointed out that checks are not really necessary because people are only removed if there are no obstacles to the deportation, such as torture, or inhuman treatment, in the country of destination.

Under German law, people may only be deported to countries where they are not threatened by death and torture, or inhuman, degrading treatment. Accordingly, 8,376 refugees - that is 13.5 percent of all asylum seekers in 2012 - escaped deportation because they were threatened by persecution in their native countries. Many of them were from Syria, Afghanistan and Iraq. 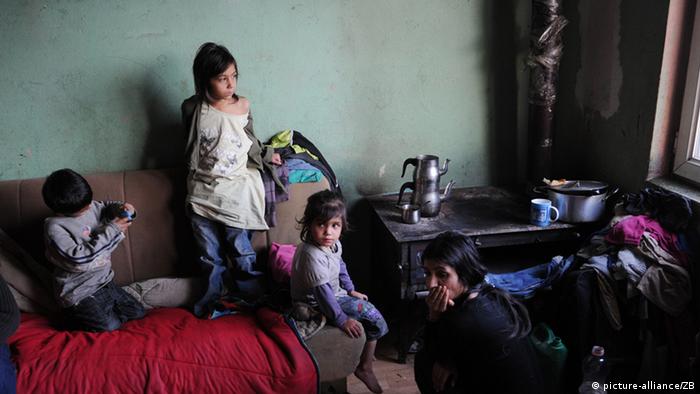 Many Roma are deported to Kosovo

The majority of refugees deported from Germany since January 2013 were returned to Serbia, Macedonia and Kosovo. Most of them were Roma who suffer in their native countries, Volker Maria Hügel of North Rhine Westphalia's Refugee Council said. "Almost all of them belong to a minority whose situation is sugar-coated here in Germany. Human rights are violated on a daily basis."

Procedure based on EU rules

The fate of many refugees who have reached Germany is not decided in Germany at all: the EU's Dublin Regulation stipulates that the EU country in which an asylum-seeker first sets foot is responsible for evaluating the refugee application. If, however, the country of origin of an asylum-seeker is deemed safe, the refugee is usually sent back there with no further ado. By the same token, in 2012, 3,037 asylum-seekers in Germany were transferred to other EU nations where they had initially applied for refugee status.

Around two million Syrians - 10 percent of the population - have fled their country. But they are not the only refugees. DW looks at what the UNHCR has called the "great tragedy of this century." (21.09.2013)

Europeans have reacted with horror to the Syrian civil war, but that doesn't mean every EU country will open its doors equally wide to asylum seekers. Should the EU force them to? (12.09.2013)

In many European countries, the Roma are socially marginalized. In an interview with DW, EU Justice Commissioner Viviane Reding calls on member states to fight discrimination (11.09.2013)

According to German asylum legislation, all EU member states as well as Norway and Switzerland are regarded as safe third countries. There is, however, an exception: in 2009, Germany's Constitutional Court ruled Greece was not a safe third country due to the difficult conditions for refugees there, and the German authorities stopped sending asylum-seekers to Greece. While there is no fundamental ruling yet, several state courts have also halted deportations to Italy and Hungary.

Deportation from Germany to Syria has virtually come to a halt. In March 2013, Interior Minister Hans-Peter Friedrich extended the hold on deportations to Syria by another six months.

According to the ministry, the last deportation to Syria took place in April, 2011 - just weeks after Anuar Naso and his father were forced to leave Germany. In the meantime, the two have returned to Germany, where they now enjoy official refugee status.