Tanzania’s Gerald Bigurube and Madagascar’s Clovis Razafimalala have dedicated their lives to saving their countries’ natural heritage. They are the recipients of this year's annual German Africa Award. 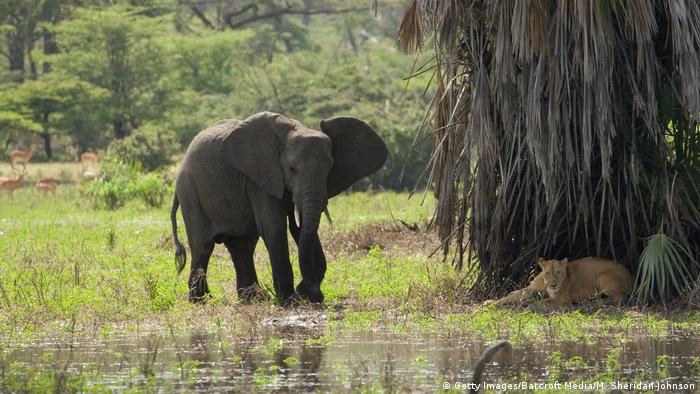 Forty-four years. That's the amount of time environmentalist Gerald Bigurube has dedicated to saving Tanzania's wildlife and natural environment. As the long-time head of Tanzania's National Parks Authority (TANAPA), the 66-year-old has led the fight against illegal poaching and spearheaded efforts to reconcile wildlife management with human livelihoods and Tanzania's economic pillar, the tourism industry.

While 46-year-old Malagasy activist Clovis Razafimalala entered the environmental arena at a much later date, his work has also revolved around protecting the virgin forests of his homeland. As the head of the organization Maroantsetra Lampogno, Razafimala took up the fight against the illegal logging and trafficking of rosewood and timber, specifically in the area of the UNESCO World heritage site, the Masoala National Park. The logging and corruption in the country had become particularly rampant since the political coup and political crisis in 2009, which was sparked by protests against an increasingly authoritarian government. In 2016, the activist was detained by the Malagasy government for allegedly organizing a mass protest against the timber industry even though he wasn't present at the time. Prior to that, he had unveiled plans by powerful businessman and local authorities to authoritize the illegal export of rosewood to China.

Nature, people and the economy

"This year an independent jury of 26 experts found that it's time to give a voice to those activists and people who are making a contribution to nature conservation," said Ingo Badoreck, Secretary General of the German Africa Foundation. "[We wanted] to show that economic development and nature conservation can go hand in hand." 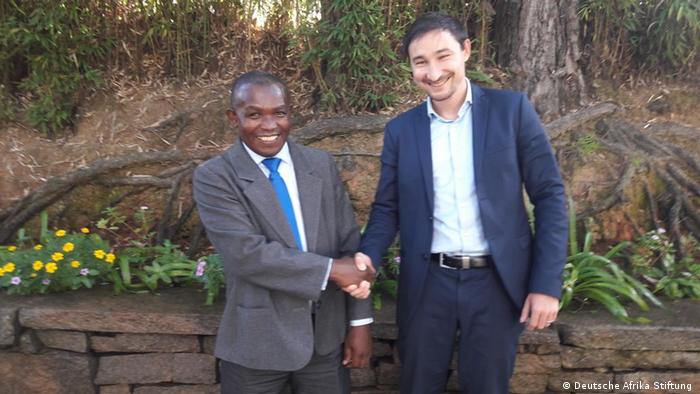 While Razafimalala found his calling through a grassroots movement and Bigurube made his environmental impact through the government system, what exemplifies both prize recipients are their efforts to work with the government to address environmental matters. "[Razafimalala] exposed criminal networks that are behind the export of [the wood]," Badoreck said. His imprisonment caught the attention of international rights groups such as Amnesty International who campaigned for his release. These days, says Badoreck, there are people in the Malagasy government who are more open to conservation efforts."[Razafimalala's] approach is to work together with the government, the same as Gerald Bigurube from Tanzania, and at the end of the day you need to get the government on board if you really want to have success in nature conservation." 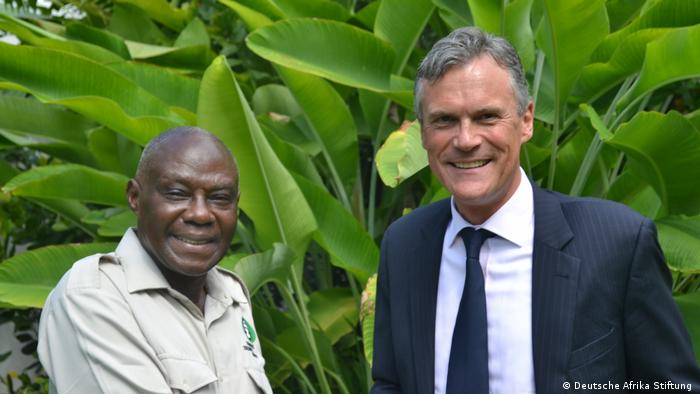 Bigurube, on the other hand, Badoreck says, has been a leading figure behind building models of how conservation and economic development can benefit each other. Tanzania, which is internationally known for its wildlife and tourist attractions such as the Ngorongoro Crater and the Serengeti, has built its reputation on its protected conservation areas, which cover almost 40 percent of the land. But even in Tanzania, the struggle between nature, economics and society is palpable. "There is intense pressure right now on the Selous Game Reserve, one of the biggest game reserves left in Africa. There are currently plans to use the game reserve for a mega dam and [Bigurube] is one of the voices that are saying: let's talk about the use of the game reserve first before we establish facts that can no longer be changed."