The trial of Bosco Ntaganda, who is accused of war crimes and crimes against humanity, has now begun in The Hague. He is not the only Congolese warlord to have to answer to the International Criminal Court. 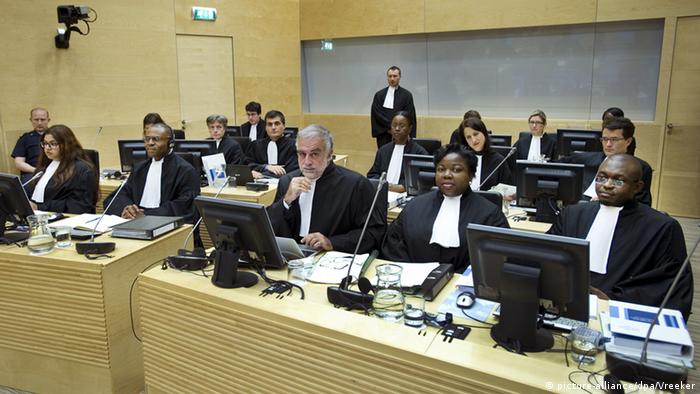 For more than 10 years Bosco Ntaganda has been regarded by human rights organizations as one of the most brutal warlords in the Democratic Republic of Congo (DRC). Born in 1973 in Rwanda, Ntaganda first fought on the side of Tutsi rebels under Paul Kagame, who ended the Rwandan genocide in 1994. In the following upheaval of the two Congo wars, he was active as an officer of the Rwandan army and in a number of pro-Rwandan rebel groups. 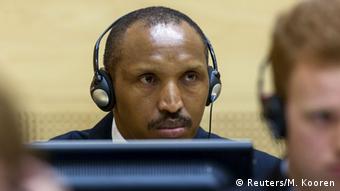 On March 23, 2009, Ntaganda's militia - the National Congress for the Defense of the People (CNDP) – was integrated into the regular DRC army as part of a peace deal reached with President Joseph Kabila. Just three years later, the group mutinied and Ntaganda's infamous rebel group "The March 23 Movement" (M23) was born.

In 2006 the ICC issued the first arrest warrant for Ntaganda. In March 2013 he gave himself up. This followed internal disputes within the M23 leadership. In the current trial Ntaganda faces a total of 18 charges of war crimes and crimes against humanity. The crimes are said to have been committed in the years 2002 and 2003 in the eastern DRC province of Ituri. Ntaganda was then the deputy chief of staff of the Patriotic Forces for the Liberation of Congo (FPLC), the military wing of the Union of Congolese Patriots (UPC) party.

The founder of the UPC in 2000 was the Congolese Thomas Lubanga Dyilo. He was arrested in 2005 after the murder of nine UN soldiers in Kinshasa. A year later he was transferred to The Hague where he was tried on charges of war crimes. The prosecution accused him of ordering the recruitment of hundreds of child soldiers aged less than 15. 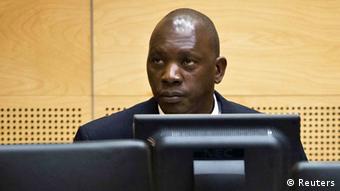 At the end of a controversial trial, which various appeals dragged out until the end of 2014, Lubanga was found guilty and sentenced to a prison term of 14 years.

The conflict in Ituri province was largely an ethnic conflict between the Hema and Lendu peoples, with the involvement of other countries, including Uganda. Between 1998 and 2006, an estimated 60,000 people were massacred or killed in fighting. The UPC and FPLC fought on the side of the Hema.

During the Ituri conflict, Germain Katanga was a commander of the Patriotic Resistance Forces in Ituri (FPRI), a militia close to the Lendu which was made up mainly of members of the relatively small Ngiti ethnic group. Katanga was accused of war crimes and crimes against humanity in connection with his leadership role during an attack in February 2003 on the village of Bogor which was mainly inhabited by Hema. 200 people were said to have been killed in the attack. In July 2007 the ICC issued an arrest warrant for Katanga who gave himself up three months later. 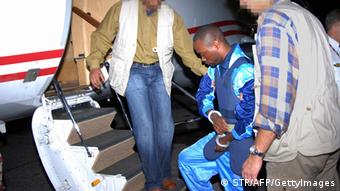 Germain Katanga was extradited to The Hague in 2007

On March 7, 2014 the second trial chamber in The Hague found Katanga guilty. He was sentenced to 12 years in prison. The court accepted the prosecution's argument that Katanga had made a "significant contribution" to the crimes. Among other things, he had provided the weapons used during the attack. However the court did not follow the prosecution's demand for Katanga to be regarded as the main culprit, saying the evidence for this was not strong enough.

Together with Germain Katanga, Mathieu Ngudjolo Chui also faced the judges in The Hague. As leader of the Lendu militia group "Union of Nationalists and Integrationists" (FNI), Ngudjolo also played a role in the attack on Bogoro. The prosecution accused him of being an accessory to murder, rape and the recruitment of child soldiers. 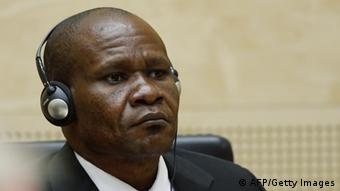 Mathieu Ngudjolo Chui listens to the closing arguments at the ICC

Under a peace agreement Ngudjolo and other FNI fighters were integrated into the regular Congolese armed forces in 2007. He served as a colonel until his arrest and deportation to The Hague in February 2008.

In December 2012 the ICC's second chamber declared him not guilty on all counts, saying the evidence against him had not been strong enough. Several days later Ngudjolo was released from detention. An appeal lodged by the prosecution was unsuccessful.

The second conflict in DRC to occupy the ICC prosecution was between the provinces of North and South Kivu in 2009 and 2010. The conflict was fought between the Congolese army, partly supported by UN troops and the Rwandan army, and the Democratic Forces for the Liberation of Rwanda (FDLR).

The Kivu provinces have frequently experienced conflict for some twenty years. After the 1994 genocide in Rwanda, many militant Hutus fled to Congo to escape the advancing Tutsi rebels of Rwandan President Paul Kagame. Until today Hutu militia fighters, partly organized under the FDLR, terrorize the local population. 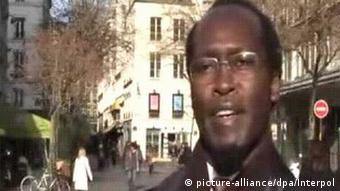 Callixte Mbarushimana, for whom an arrest warrant was issued in September 2010 for crimes against humanity, was Executive Secretary of the FDLR since 2009. He was arrested in late 2010 in Paris. However he was never brought to trial. The pre-trial chamber of the ICC ruled that, while the FDLR had committed serious war crimes, the weight of evidence against Mbarushimana was too weak to bring a case against him. He was released in December 2011. 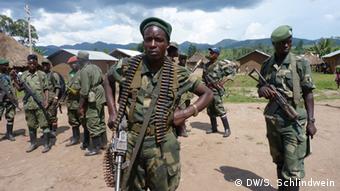 Believed to be the commander-in-chief of the FDLR, Sylvestre Mudacumura has also been accused by the ICC prosecutors of a series of war crimes and crimes against humanity. They include murder, rape, mutilation, torture and plundering.

Since July 2012, a warrant has been out for Mudacumura's arrest. Although the Congolese army launched a new offensive against the FDLR and its leaders in February 2015, the rebel leader has still not been arrested.

According to Human Rights Watch, troops under Mudacumura's command repeatedly attack civilians in eastern DRC. The US administration has offered a reward of up to five million dollars (4.4 million euros) for information leading to Mudacumara's arrest.

Ntaganda trial 'sends signal that justice will catch up'

The trial of Congolese warlord Bosco Ntaganda starts on Wednesday at the International Criminal Court in The Hague. He faces charges of war crimes and crimes against humanity. Former child soldiers will give evidence. (01.09.2015)

Judges in The Hague were told Wednesday to review why Kenya was not referred to the court’s oversight body after prosecutors claimed that the country obstructed the investigation into Kenyan President Uhuru Kenyatta. (19.08.2015)

Sudanese President Omar al-Bashir has reportedly left South Africa en route for home. His departure came as a South African court prepared to rule on whether he could be arrested on international charges. (15.06.2015)