Political tensions are rising in the Democratic Republic of Congo (DRC) after an arrest warrant was issued for opposition leader Moise Katumbi over hiring mercenaries. Katumbi has left for 'care' in South Africa. 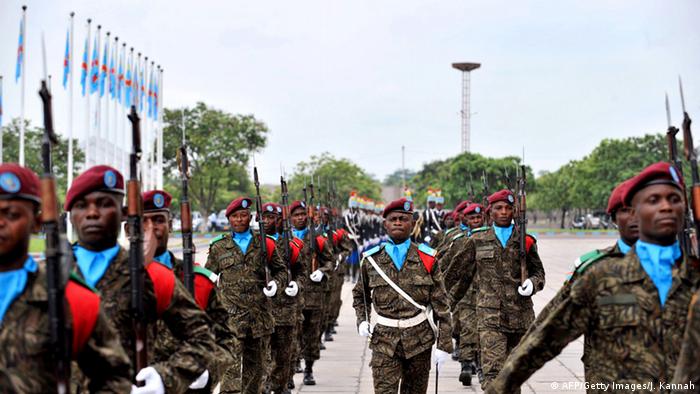 DRC Justice Minister Alexis Thambwe Mwamba said on Friday that Katumbi had "asked for conditional release covered by a medical certificate saying he needed appropriate care abroad. The prosecutor agreed to the request and authorised his departure."

Prosecutor Flory Kabange Numbi warned that Katumbi was required to return to Congo to face charges of hiring mercenaries, which were formally issued in an arrest warrant on Thursday.

In March, four of Katumbi's bodyguards, including one American, were brought to Kinshasa and accused being mercenaries.

It remains unclear how authorities in Congo would compel Katumbi to return from South Africa. But any prolonged absence could complicate his bid for the presidency in the November poll. 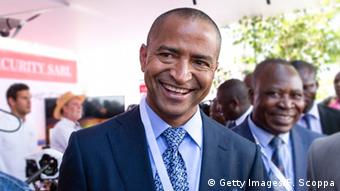 It was not know what medical ailment has affected Katumbi, although members of his entourage have said he was injured during clashes between police and his supporters in Lubumbashi, the second-largest city in the country, after the capital Kinshasa on May 13.

Katumbi was in hospital in Lubumbashi on Thursday at the time his arrest warrant was announced on state television. He arrived at the airport by ambulance on Friday and was taken straight to the plane.

Katumbi has denied the charges against him, which he says are aimed at undermining his bid to become the next president after Joseph Kabila.

A millionaire owner of a prestigious football club, Katumbi is a former governor of mineral-rich Katanga province. He was an ally of Kabila's but broke with him last year over proposed changes to the Congo's provincial structure. 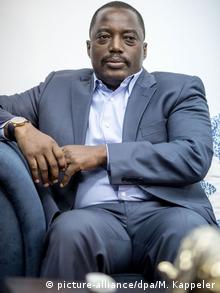 Kabila has been ruling the DRC since 2001 and is constitutionally prohibited from seeking another term. But opponents accuse him of trying to delay the vote in order to cling to power.

The government now says it is unlikely to be able to hold the election on time due to budgetary and logistical constraints. It has denied that the charges against Katumbi are politically motivated, but political tensions are rising.

The country's highest court ruled that Kabila could stay in power if the election did not take place before Kabila's term expired.

A demonstration has been called for next Thursday, demanding that Kabila step down.

On Friday, a court also sentenced three activists to a year in prison, the United Nations said. They had been arrested hours before a general strike in February, demanding that Kabila leave office when his mandate expires later this year,

The director of the UN human rights office in Congo, Jose Maria Aranaz, denounced the court's decision as proof of "the instrumentalization of the judiciary and the continued criminalization of civil society."

Global demand for rare earths is huge. Mines in DR Congo are often under the control of armed groups. So far, international efforts to curtail the trade in so-called 'conflict minerals' have only had limited success. (11.11.2015)