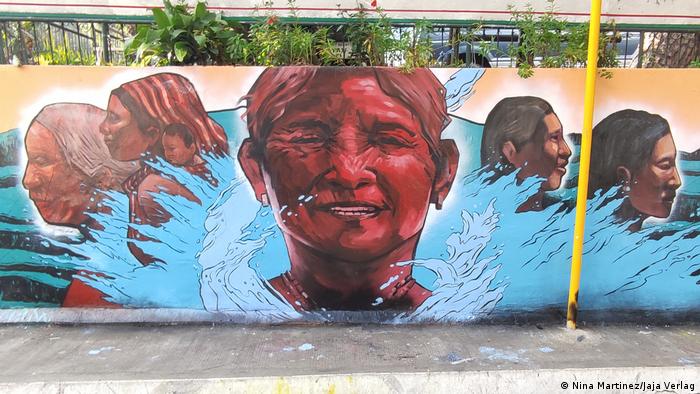 "Protests and resistance do not necessarily follow the same pattern everywhere in the world. Every country, every context offers its own motivators, its own catalysts," explains Indian publisher Urvashi Butalia during the press conference of the Goethe-Institut's "Frequencies. Sharing Feminisms" festival.

"However, one commonality of feminist protests around the world is the unique way in which feminists have developed their own forms of protest."

Art as a medium of resistance

Urvashi Butalia has been committed to women's rights and to giving a voice to discriminated ethnic groups in India for more than 40 years. The author and publicist was the co-founder of India's first feminist book publishing house and has been running her own publishing house since 2003. Together with textile artist Aram Han Sifuentes and Afghan artist Nabila Horakhsh, she opens the three-day festival that begins on May 19.

Sifuentes designs protest banners and will lead a workshop related to them during the festival. Horakhsh uses her colorful and expressive images to rebel against the patriarchy in her country —more recently against the resurgent Taliban that has been trampling on women's rights in Afghanistan.

The interdisciplinary festival, organized by the Goethe-Institut in Berlin, will provide insight into the unifying elements of feminist protest cultures around the world, but also aims to shed light on individual contexts.

"We talk about feminisms in our project," says Nadine Siegert, who has headed the Goethe-Institut in Lagos, Nigeria since 2021. She says it important to speak in the plural especially with regard to the African continent with its more than 50 countries as the backgrounds and thus the protest movements in the respective states vary significantly.

"South Africa is very well known for its very progressive, very modern constitution," Siegert continued during the press conference. "In the constitution of South Africa, not only women but also groups such as the LGBTI community are granted a lot of rights (...) Unfortunately, this often looks very different in reality."

Siegert mentions, among other things, the terrifying example of "corrective rape:" lesbian women in particular face the risk of being raped in South Africa with the aim of "correcting" their sexual orientation. This is also a reason why, according to United Nations estimates, South Africa is the country where the most women are raped worldwide.

Siegert goes on to point out that domestic violence against womenhas risen sharply during the COVID lockdown in South African metropolitan areas such as Johannesburg. The number of femicides— the killings of women because of their sex — has also increased dramatically worldwide. 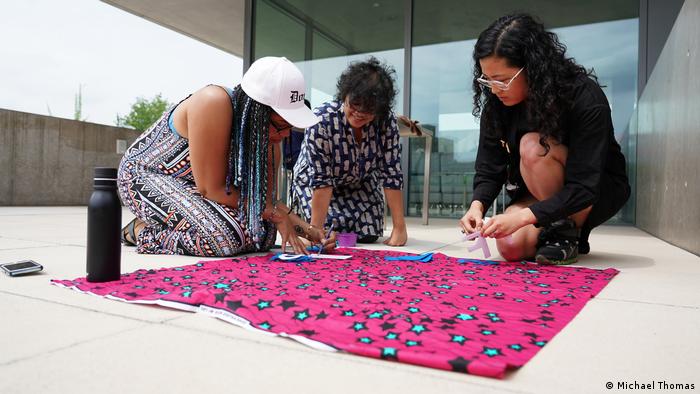 The fact that sexualized violence is not a regional but a global problem will be discussed, among other things, during the panel discussion "Feminicides and Violence against Women" on May 20. Two of the speakers, Hannah Beeck and Lujan Pinelo, started the online database Femi(ni)zidmap a few years ago, which documents murders of women in Germany. Other speakers on this panel include lawyer Valeria Espana, who examines court sentences and prosecution in various countries in South America, and Indian writer Meena Kandasamy, who writes about trauma and violence against women.

Feminism is not a 'privileged' concern

Protest, resistance and the fight for more equal rights are topics that are not only pushed forward by women living in cities, but that also affect women in rural areas, as underscored in the comic book series "Movements and Moments – Feminist Generations." Initiated by the Goethe-Institut Jakarta, this project presents 16 selected stories from 14 countries in the global south. Besides women's rights, the stories also deal with ecological activism, climate change or the struggle for education and the rights of LGBTIQA+ people.

At the project presentation on May 20, speakers Faye Cura and Nina Martinez will present the comic "Let the River Flow." It is the true story of Leticia Bula-at, also known as "Mother Tining," a woman in her 70s of the Naneng tribe in Kalinga in the Cordillera region of the Philippines.

She protested against the construction of a World Bank-funded dam that would have flooded the village of Naneng and other villages in surrounding provinces. The struggle of the women and men against the National Power Corporation and the Philippine police forces lasted more than 40 years. They braved violence, kidnapping and torture. The dam was not built because of their stubborn resistance. To this day, Mother Tining and other indigenous activists continue to resist corporate and government actions that could harm the Chico River and its surrounding lands. 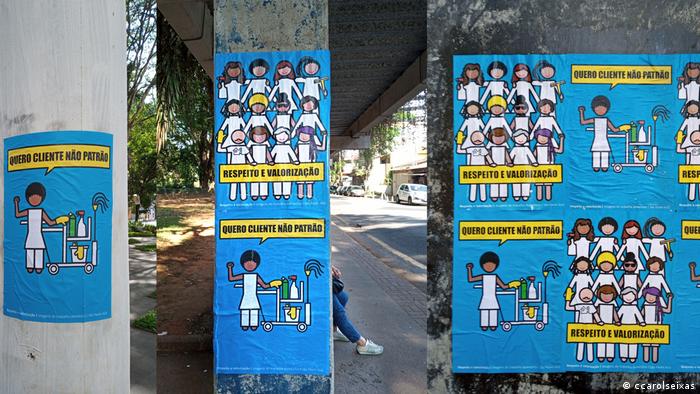 The struggle for more rights spans many generations, as Mother Tining's story shows. Urvashi Butalia confirms they are women of her age. "We have gray hair. We've been around so long that over the years we've learned not to let [depression] overtake us."

The festival, "Frequencies. Sharing Feminisms" gives over 50 activists from around the world a platform in Berlin.

Interested parties outside of Berlin can watch some of the events focussing on the fight for women's rights.online. Feminists in Africa increasingly turn to the Internet to network, including the website of the "House of African Feminism" project, which was co-designed by the Goethe-Institut and will also be a topic at the festival.