Concerns over Sinai becoming new terrorist base | World | Breaking news and perspectives from around the globe | DW | 19.07.2013

The situation in Sinai has been escalating: Militants are attacking on a daily basis and new extremist groups emerging. Security experts can only speculate about how strong these groups are, and how they’re linked. 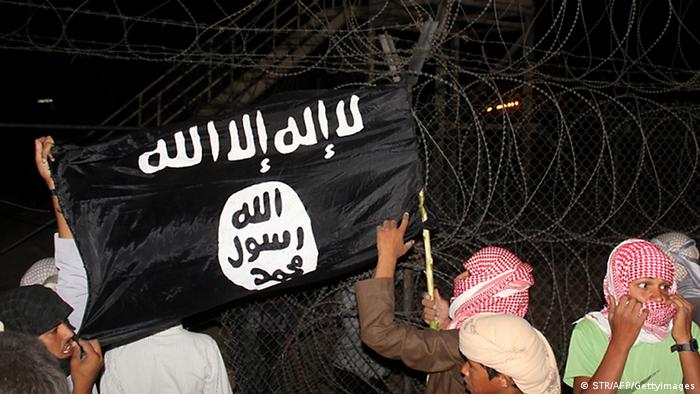 Bedouins on Sinai are waving an Al Qaeda flag..

If the security situation is tense in Cairo and Alexandria, it's a disaster on the Sinai Peninsula. Since President Mohamed Morsi was toppled two weeks ago, militant groups have been killing members of the police, soldiers and civilians on a daily basis there. In the early hours of Thursday (18.07.2013) alone, three policemen were shot dead in separate attacks in Sinai.

Security forces seem unable to control the peninsula, which is about 60,000 square kilometers (23,000 square miles) in area. The German Foreign Ministry advised strongly against traveling to Sinai - with the exception of the coastal area between the towns of Sharm-el-Sheikh and Nuweiba.

Security experts have been following developments on the peninsula with concern. "Over the past two weeks, we've seen a breakdown in the security," was how Aarion Zelin from the Washington Institute for Middle East Policy described the situation. He told DW that many different actors were taking advantage of the vacuum created by the coup by the military against the Muslim Brotherhood.

Somalia, Yemen, Sahel, Hindukush - and now Sinai. The area seems to be developing into an operational zone for all kinds of different extremists. Salafist and jihadist groups are expanding their structures there, said Mohammad Fayez Farahat from the Al-Ahram Center for Political and Strategic Studies in Cairo. Since the end of Mubarak's reign in early 2011, those groups, said Farahat, have been trying to establish an Islamist state on the Sinai. This is where they recruit fighters and gather small arms.

Contacts between militants in Gaza and Sinai

Over the past few years, new organizations like "Jahish al-Islam" or "Ansar Beit al-Makdis" have emerged. Some of them are reported to be affiliated with the international terror network Al Qaeda. Security experts Farahat and Zelin assume that there are strong ties between the extremist groups on the Sinai Peninsula and those in the Gaza Strip.

"Organizations like Ansar al-Sharia and Tawid wal-Jihad in Sinai establish contact with the Salafist Jihadists in Gaza," Faharat from the Al-Ahram Center told DW. There is also talk of ties with the Palestinian Hamas movement. 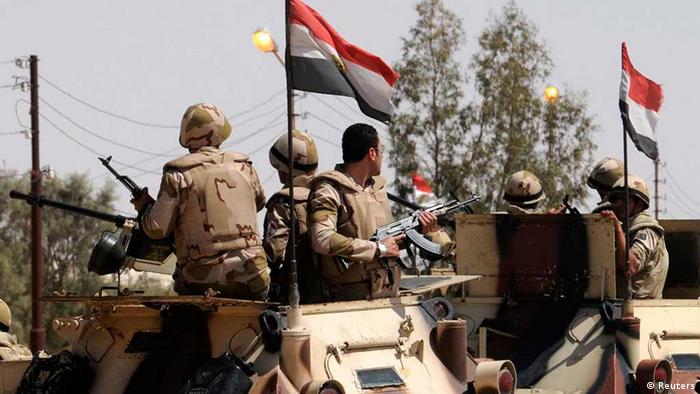 The Egyptian army has deployed additional troops to Sinai

But even experts find it hard to gain an overview of which groups are operating in the desert in the north of Sinai, and in the mountains in its south. Determining numbers of fighters and middlemen is also mere guesswork. "I think at least in terms of publicly available information, we probably don't truly know what's going on in the Sinai Peninsula," Zelin admitted.

In addition to radical Islamists from a variety of countries, there are also armed Bedouins in the region. At the meeting point between Africa and Asia are Bedouin tribes who have little in common with the Egyptians in the Nile Delta. They don't even speak the same dialect, said Yezid Sayigh, a researcher with the Middle East Center of Carnegie Foundation in Beirut.

The Bedouins feel excluded from the boom happening in the tourist areas on the Red Sea. Many of them are therefore reported to live off of smuggling people, goods and weapons. This has given rise to the alarming thought that Bedouins who know the area inside-out could be recruited as support for Al Qaeda terrorists.

But Middle East researcher Sayigh put those assumptions into prespective: "The idea that all Bedouins who carry guns or fire at government bases are necessarily jihadists and members of Al Qaeda - that's entirely wrong." He said collaboration merely happens on occasion.

The sparsely inhabited desert peninsula is an ideal territory for extremists. There is very little army presence, while a 1979 peace agreement between Israel and Egypt turned Sinai into a demilitarized zone. Temporarily, the Egyptian military was not allowed to station any tanks, planes or fighter helicopters east of the Suez channel. Zelin said the army had little interest anyway in launching a massive strike against the militant groups. 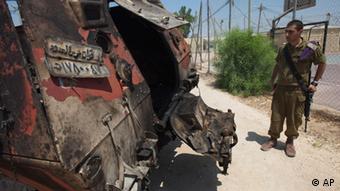 The government in Jerusalem has since given the green light for Cairo to reinforce its troops in the border region. Two additional battalions have been deployed to the crisis area – which also serves Israel's interests. Eilat, a seaside resort in the south of Israel, has been fired at on several occasions with rockets and grenades since 2010. Since 2012, several Israeli citizens have been killed in terror attacks coming from Sinai.

An attack on August 5, 2012, was particularly spectacular: armed fighters attacked an Egyptian army post, killing 16 soldiers and bursting through the border with Israel in a hijacked army vehicle. In the resulting gunfight, at least five assailants died. No Israelis were hurt.

Security expert Farahat believes that the Morsi government, which has since been toppled, also prevented decisive action on behalf of the Egyptian army. The Muslim Brotherhood, he said, had no interest in launching an anti-terror operation with a high risk of losses. "Now that the president has been ousted, the army is free to take necessary measures to act against Salafists and jihadists in Sinai," Farahat said.

Military's role in Egypt no cause for concern

Egypt's army chief surprisingly takes the post of deputy prime minister in the interim government. The step has raised concerns that the army plans to permanently interfere in the crisis-ridden country's politics. (18.07.2013)

More protests came Friday (12.07.2013) both from Morsi supporters and non-Islamists. The supporters of the deposed government are increasingly distancing themselves from Mohammed Morsi as an individual. (13.07.2013)