Computer composers and all-seeing algorithms: Music in the age of big data

When the music industry comes together, the topics of big data and digital streaming services tend to dominate the discussion. September's Berlin Music Week offered glimpses into the future of buying and selling music. 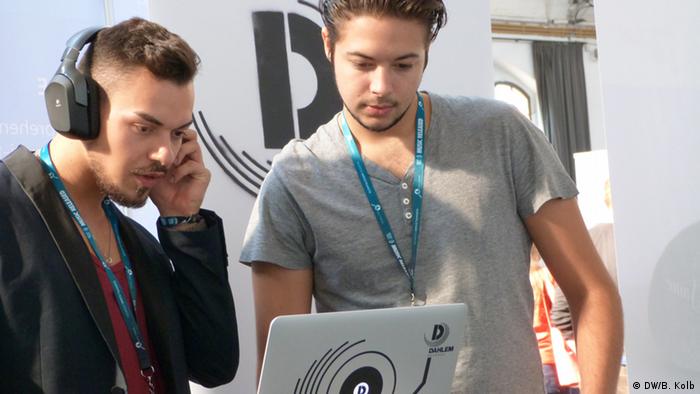 "Give Life Back to Music," urged French electro duo Daft Punk in one of the tracks from their January 2014 chart-topping album "Random Access Memories." Never before has music been so present and readily available - from nearly anywhere in the world. But, critics say, it has reached new depths as a soulless mass product. To their ears, music's new digital sound is thinner and more tinny than on CD or vinyl.

"We're experiencing two trends - a total polarization in the branch," said Dieter Meier, a Swiss musician known as the frontman of electropop duo Yello. "A digital flood of music for the masses who listen to it on streaming services - with a lot of bad quality in the mix. And music lovers who want high quality sound and buy albums."

The future will be streamed

Streaming services such as Spotify, Deezer, Google Music and Beats Music are generally accepted as the wave of the future. "Our customers spend much more money on music than those who buy downloads or CDs," said Michael Krause, Deezer's managing director in Germany. Depending on the provider, streaming sites can make more than 40 million songs available for a monthly fee - and the libraries grow daily.

It represents a dizzying selection. Streaming is surpassing MP3 platforms including iTunes and Amazon, sending purchase via download on the way out. For the first time in the history of the US music industry, fewer than four million albums per week are being sold. The continuing slump in album sales also extends to Europe. In Germany, 18 million people now use streaming sites, compared with a mere six million last year. 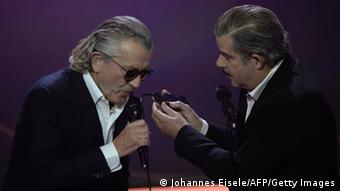 Musicians left in the cold

Of course, fewer album sales means less money for artists. Revenue from streaming sites goes first to the service providers and not to the musicians. "After five million streams, you can barely even pay a water bill," criticizes Dieter Meier. At 0.0001 cent per stream, the artist receives just 500 euros ($645). "That's insanity."

On the other hand, the massive digital offerings also have advantages for musicians and consumers because users can listen to far more music and many more artists by using sites like Spotify. That will increase the number of concerts and audience numbers, predicts Sveinung Rindal, Global Editorial Manager at WiMP Music. "Not just for top acts - that offers new revenue streams for musicians and new discoveries for everyone who loves music," he said.

Live concerts are the heart and soul of music, but the other side of the industry is increasingly about big data mining: massive amounts of data and the technical ability to measure consumer behavior concerning music right down to the smallest detail. Every song a user listens to and every "like" handed out on Facebook provide additional information about his or her tastes that can then be worked through with algorithms.

In turn, users get quick and custom-made suggestions about what else they might want to hear. "Ten million listeners generate about a billion data points per week for us," said Paul Lamere, director of The Echo Nest. "We match up the artists with the most devoted fans, know who listens to what when and at which points people stop listening to a song."

For those with limited attention spans, The Echo Nest developed a service called Attention Deficit Radio. For each individual user, the app calculates when attention is waning and automatically jumps on to the next song. 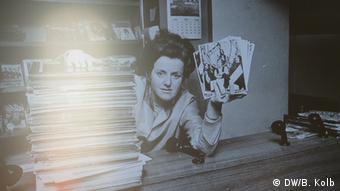 Longing for that good old sound...

Companies like Echo Nest Lab are commissioned by streaming services not just to measure consumer behavior. The songs themselves are also sized up to answer questions like which beats sell the best. Computers might be able to develop the chart-toppers of the future using this principle.

It's a vision Paul Lamere counters by saying, "Well, it would be a shame if bands like Led Zeppelin just deleted their psychedelic riffs because they weren't so popular with the target group."

Most of the trends discussed above are no longer a novelty. It appears that the music branch, after years of searching and hand-wringing over lost profits, is on its way into the future.

Alongside the digital bounty - or perhaps because of it - a desire for sound quality and authenticity persists. People remain willing to pay for it, and Norwegian streaming service WiMP is betting on their numbers growing. It's hoping to cash in on the longing for a record label that puts out big and well-made releases, like in the 1960s.

"Does music still mean something to you, or do you just download it?" said Sveinung Rindal of WiMP.

Even vinyl has made a comeback. "Older people buy it because they want to relive their youth, and younger people because it sounds warmer and more authentic," said Bernd Paulat of vintage label Sireena Records - a reminder that there's likely to be room in the market for physical sales of music for years yet to come.

It's not quite Bayern Munich versus Dortmund yet, but the rivalry between online retailer Amazon and search engine Google could change the way we store information, shop and play. But which company will dominate? (12.09.2014)

U2 gives away new album - and it's a smart business move

Irish rock band U2 is giving away its long-awaited new album, "Songs of Innocence," for free. It's downloadable from Apple's iTunes music library at no charge - so what's the business model? (11.09.2014)

In the age of streaming and big data, music is cheap and omnipresent - and big corporations know exactly what you're listening to. Is there still room for creativity? (05.09.2014)