Community forestry helps save the climate | Environment| All topics from climate change to conservation | DW | 23.07.2014

Community forestry helps save the climate

Deforestation is a major source of climate-harming CO2 emissions. A new report shows this is drastically reduced when indigenous and traditional communities have the right to manage their own forests. 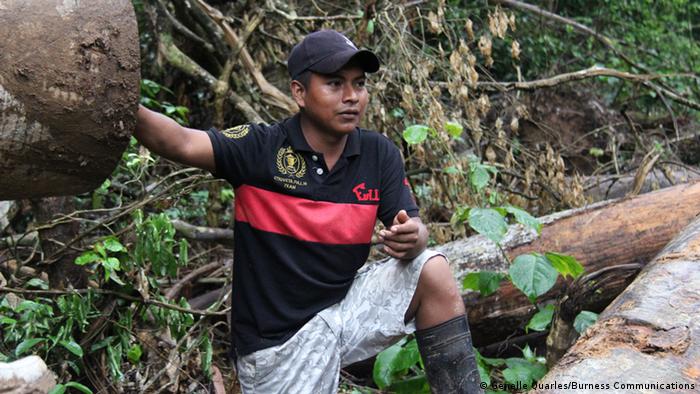 One eighth of the world's forests are owned or managed by local communities, many of them indigenous. A study by the World Resources Institute (WRI) and the Rights and Resources Initiative (RRI) - a global coalition of organizations working for the rights of local communities - has examined deforestation rates in these areas and compared them with those of government-or privately-owned forests in 14 tropical countries.

The results show a striking difference. "When the rights of communities are respected, they are far more effective than governments or the private sector in protecting forests," says RRI coordinator Andy White.

White cites the Bolivian Amazon, where deforestation on community land is six times lower than in government-owned forests. The figure is 11 times lower in the Brazilian Amazon, 20 times less in areas of Guatemala and a staggering 350 times lower in Yucatan in Mexico. 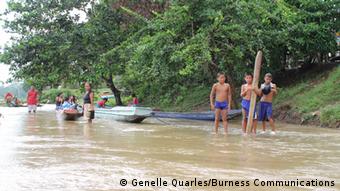 Caleb Stevens from WRI is the principal author of the report. He told DW, that communities were more inclined to be sustainable users and managers of their forests compared to private owners, and especially compared to large-scale commercial operations where the tendency is to log unsustainably.

"For instance, communities in the Maya biosphere of Guatemala have seen substantial economic benefit from their sustainable management of the forest. Forest products are sold on a sustainable basis, so that most of the forest is left and preserved. Only part of it is used to harvest forest products, and in a way that allows the trees to re-grow and regenerate before the forest is used again for products," said Stevens.

Traditional communities often protect their forests as sources of food, medicine, history and culture too. "Some might deforest a little to expand the garden, but expanding it with a hoe cannot be compared to deforesting with a caterpillar bulldozer to convert to oil palm," says Andy White.

Currently, more than 70 percent of forests in developing countries are still claimed by governments, despite the fact that indigenous people have lived there for thousands of years and actively use them. Andy White sees a historic contest between governments and local communities in many areas, dating back to the colonial era, when many indigenous forest-dwellers were deprived of their rights.

"This undermines the security of local people. Governments often allocate the forest to industry, and that leads to a lot of destruction and deforestation," says White. 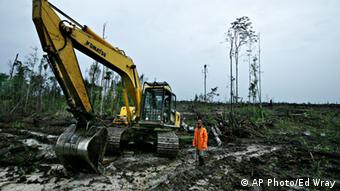 Caleb Stevens says the threat to forests varies in different parts of the world. In Peru, the biggest threat is mining and hydrocarbon concessions. In other places like Nicaragua and Honduras, the danger comes from illegal settlers who start cattle ranching or deforest to sell the logs and engage in agriculture.

In Papua New Guinea and Indonesia, on the other hand, the main threat comes from palm oil concessions granted by the government in community forest areas.

Legislation alone is not enough

The report calls on governments to strengthen community forest rights by registering them, mapping the areas and enforcing the law. The most obvious and essential course of action, says Stevens, is to stop allocating commercial use rights to communities' forests for mining, hydrocarbon extraction and palm oil plantations.

Brazil emerges from the study as one of the success stories. The government has recognized community rights covering some 30 percent of the country’s forests. They have also expelled loggers and illegal settlers.

"The result has paid off tremendously in terms of less deforestation: 11 times less is happening on indigenous lands compared to other parts of the Brazilian Amazon," says lead author Stevens.

The findings of the report are not limited to Latin America, but also cover tropical Asia and Africa. Andy White mentions Niger in Africa, where the government has been respecting local rights to own forest since the 1990s. Since then, the people have planted more than 200 million new trees, says White, storing an additional 300 million tons of carbon.

Indonesia was recently identified as the country with the highest rate of deforestation in the world. The new study links this to the fact that the government rarely grants communities rights to their forests and routinely allocates palm oil concessions for these areas.

Last year there was a new ruling by the Indonesian constitutional court that for the first time recognized community ownership of the forests. So far, it has had little effect. Stevens says the ruling is still in the process of being implemented: "But there is a real hope and possibility that communities will finally be given ownership of their forests." 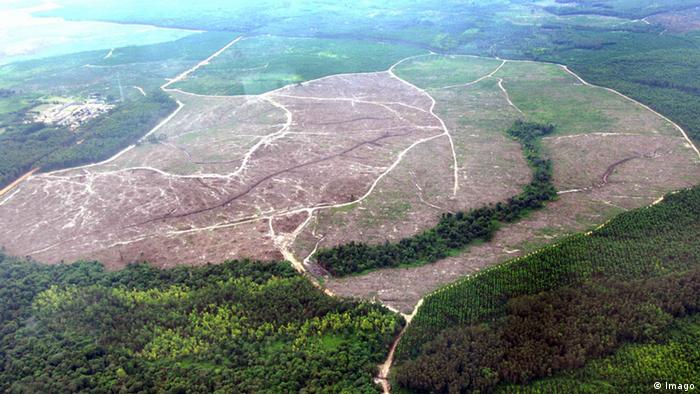 Another country criticized by the resources experts is Peru, the host of this December's UN COP20 climate change conference. Mining and hydrocarbon concessions there have caused some of the worst deforestation in all of the Amazon, with up to 50 percent of community forests lost in places since 2000. The RRI says the country has been a major disappointment and cites a recent law which dramatically reduced the authority of the Ministry of Environment to require environmental impact statements and discussions with communities before new industrial projects are initiated. Government rhetoric in advance of the climate conference, dubbed the "Forest COP," conflicts with the signals coming from the government, says Andy White. He describes the Ministry of Agriculture's allocation of forest to individual households for resettlement as a "program for deforestation." At the same time more than 4,000 communities are still fighting to have their land rights recognized, although the country's constitution requires the government to respect community rights.

Climate conference as an incentive for change?

The WRI hopes the public attention created by the climate conference will encourage more progressive elements within the Peruvian government to support community land rights. 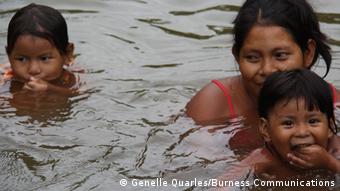 At an international level, the UN meeting could also include strengthening community forest rights as an element of a climate finance mechanism such as the UN’s Green Climate Fund. Ultimately, White says, forests currently managed by communities store 37.7 billion tons of carbon – more than the annual carbon footprint of all passenger vehicles. And there could be much more, if community land rights were recognized and implemented.

Resources expert White suggests that recognizing local land rights would be more effective and cheaper to implement than many other initiatives envisaged under REDD, the UN scheme to reduce emissions from forest degradation and deforestation. Most of the investments in REDD have gone towards setting up an international carbon market, says White. Respecting local land rights could deliver climate action much faster and with less risk, he says.

And, ultimately, he stresses, giving local communities control of their forests is not only smart climate policy, it will also reduce land and water degradation. And, most important of all "recognizing historic rights of these local communities is also a critical step in protecting their cultures and humans rights," White says.

Many farmers in Paraguay have sold their land to big soy producers. But the indigenous Aché community is going down a different path by earning a livelihood with sustainable farming and forestry management. (27.05.2014)