An undisclosed competing team, widely believed to be India, has been summoned over the breach of the Games "no needle" policy. Team India has denied the presence of needles in their rooms. 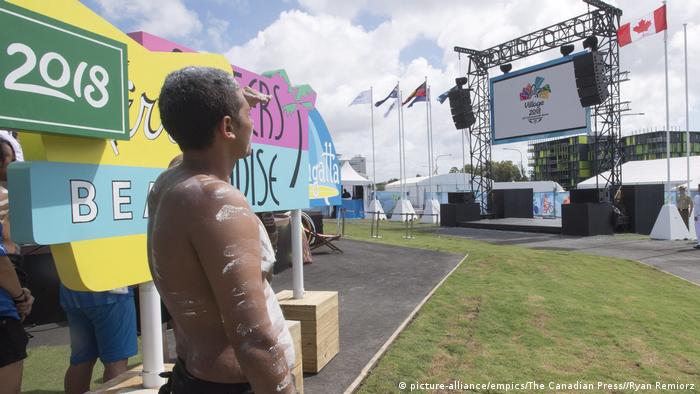 Commonwealth Games officials have summoned an undisclosed nation to explain the presence of used needles in the athletes' village in Queensland, Australia.

The Games has a "no needles" policy as part of its efforts to rein in doping. The policy bans all needles without specific medical exemptions.

"There has been a clear breach to the no-needle policy and a CGA (Commonwealth Games Association) has been summoned to meet with the medical commission as part of our investigation," Games chief David Grevemberg told reporters.

"These needles have been brought in and there was no approval for them to be there."

Grevemberg did not identify which team was involved.

Read more: Opinion: IOC's deal with Russia was a setup

"One of my guys reported that to us. I had a look and could see these were syringes," Narang said. "As a good citizen, I immediately went to the Medical Commission office for analysis and disposal. We didn't open the bottle at all."

The Indian Express newspaper reported on Tuesday that the used needles were found in a bin outside the room of senior Indian boxers.

The boxers denied any wrongdoing, but the team doctor has confessed to the use of needles, the paper said, citing unnamed sources.

Drug tests were carried out on all 12 members of the Indian boxing team, Indian Express reported. The test results were reportedly expected before the Games' opening ceremony on April 4.

The IOC is set to welcome back the Russian Olympic Committee after it was banned from the Pyeongchang Games due to doping offenses. Critics aren't convinced enough has been done to ensure the ROC is brought into line. (26.02.2018)